*FESTIVAL ANNOUNCEMENT KLAXON* Tech-Fest has revealed the last wave of bands for the 2018 line-up! Heart Of A Coward have been announced as the Thursday headliners and are joined by; Betraying The Martyrs, Ingested, Martyr Defiled (farewell show), Employed To Serve, From Sorrow To Serenity, Arch Echo, The Hirsch Effeckt, The Dali Thundering Concept, Valis Ablaze, Ravenface, […] 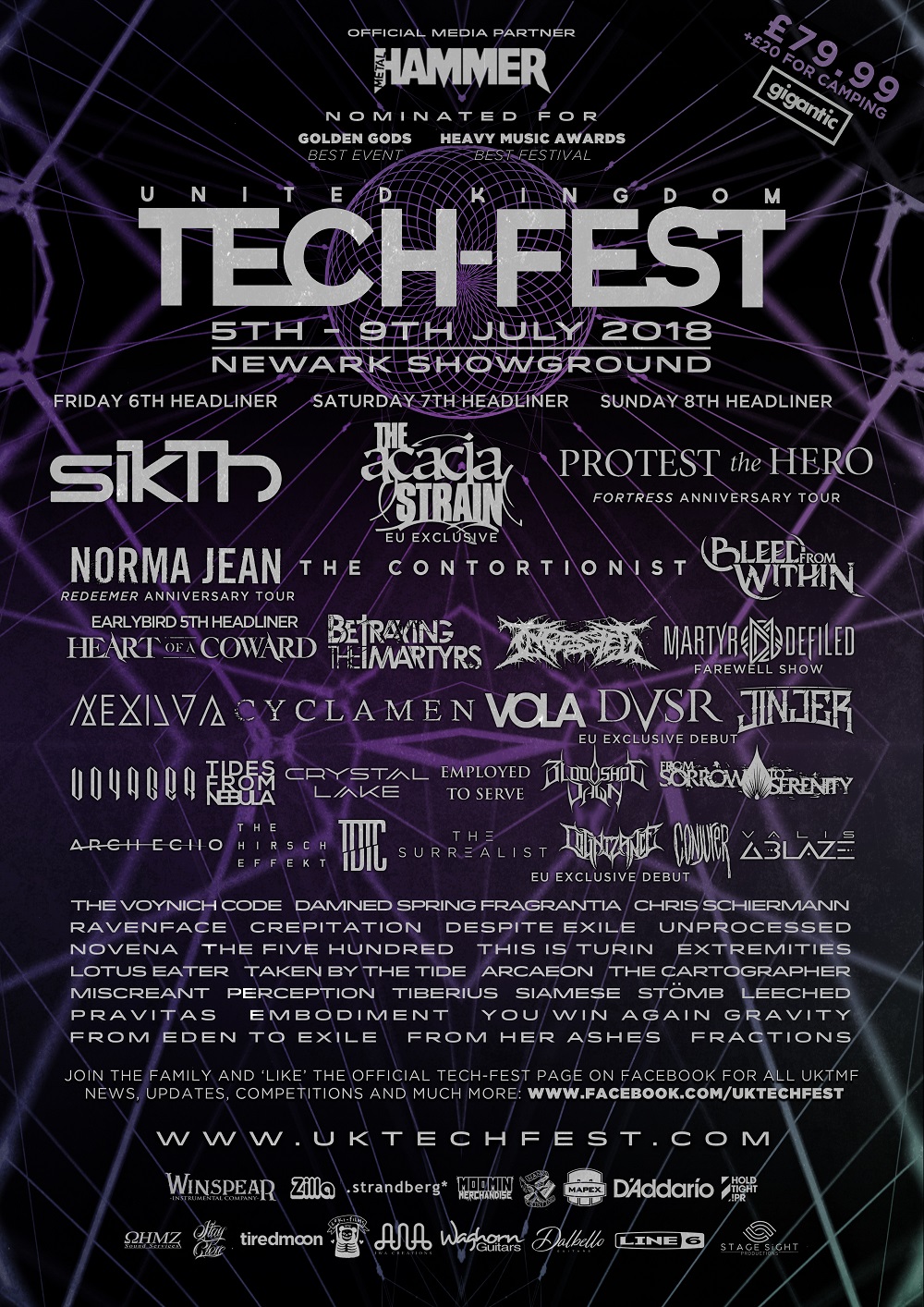 Tech-Fest has revealed the last wave of bands for the 2018 line-up! Heart Of A Coward have been announced as the Thursday headliners and are joined by;

If you add these to the already announced SikTh (Friday headliners), The Acacia Strain (Saturday headliners and their only European appearance of 2018), Protest The Hero (Sunday headliners and celebrating their Fortress anniversary), Norma Jean (celebrating their Redeemer anniversary), The Contortionist, Bleed From Within, Nexilva, Cyclamen, Vola, DVSR (European exclusive debut), Jinjer, Voyager, Tides From Nebula, Crystal Lake, Bloodshot Dawn, The Surrealist, Cognizance (European exclusive debut), Conjurer, The Voynich Code, Damned Spring Fragrantia, Chris Schiermann, Crepitation, Despite Exile, Unprocessed, This Is Turin, Arcaeon, Perception, Tiberius, Siamese, Stomb, Leeched and You Win Again Gravity, it is sure to be a line-up not to be missed!