The festival which takes place at Southampton University on March 7th 2015 have rolled out their first two acts in the form of Mallory Knox and Charlie Simpson. 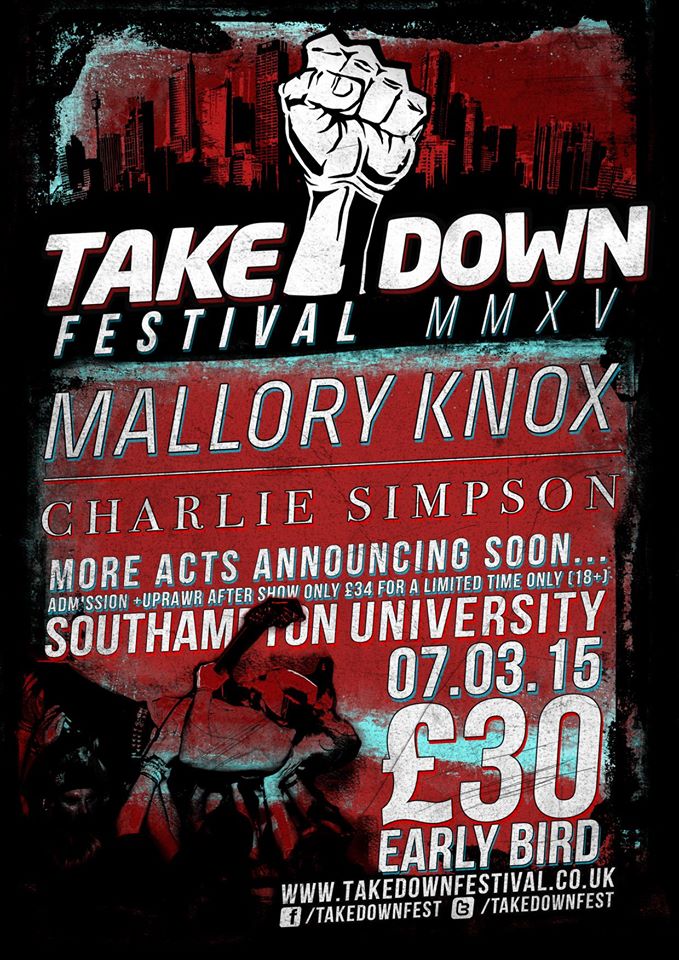 The festival which takes place at Southampton University on March 7th 2015  have rolled out their first two acts in the form of Mallory Knox and Charlie Simpson.

Mallory Knox join the bill on the back of the release of their second album Asymmetry, which gained critical acclaim and cemented them as one of the top acts within the UK. Mallory Knox themselves are veterans of Takedown Festival having played both in 2012 and 2013 and will no doubt impress once again in their headline slot.

Joining them is ex-Busted and Fightstar frontman Charlie Simpson who has enjoyed success in his solo work releasing two albums which have both charted in the top 10, ‘Young Pilgrim’ notably reaching as high as number 6 in the UK Albums Chart.

As announcements for the festival season in 2015 slowly begin to increase, Takedown can be proud of their stellar work in booking such great artists.

You can book your early bird tickets over at http://takedown.vticket.co.uk/ for only £30 now!