NEW ALBUM 1000 PALMS OUT 11th MAY ON FIERCE PANDA RECORDS 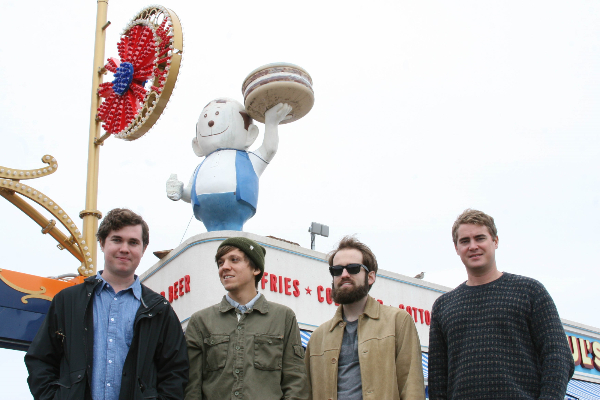 NEW ALBUM 1000 PALMS OUT 11th MAY ON FIERCE PANDA RECORDS

After announcing the upcoming release of a new album, their first with beloved UK indie-rock imprint Fierce Panda records, today Surfer Blood preview the first taste of 1000 Palms with the sprawling Dorian.

Listen To The Track Here:

Of the track, which premiered with Huw Stephens earlier this week, frontman John Paul Pitts describes it as “this song has everything from classic 80’s synth patches to fucked-up vocoder sound collages, embracing a series of left-turns that make it one of the most unique songs in our catalogue.”

The story of 1000 Palms began on January 1st 2014, after playing a New Year’s show in Portland, OR, the band decided to stick around for the rest of the month, renting a practice space and sorting through a backlog of ideas. By February, as their lease ran out, Surfer Blood had recorded demos for most of the tracks that now feature on their third LP.

After a frustrating time at previous home Warner Brothers, the quartet were beyond ready to return to a more DIY recording process, completely void of the middlemen scrutinizing every bar of previous LP Pythons. With the band self-recording it was in the glamourous setting of an attic studio above a doctor’s office where drums were committed to tape. Of the work, frontman John Paul Pitts states “fortunately none of us are strangers to DIY recording, so this seemed like the kind of challenge well-suited to our band”.