Stories Behind The Songs with SNEW 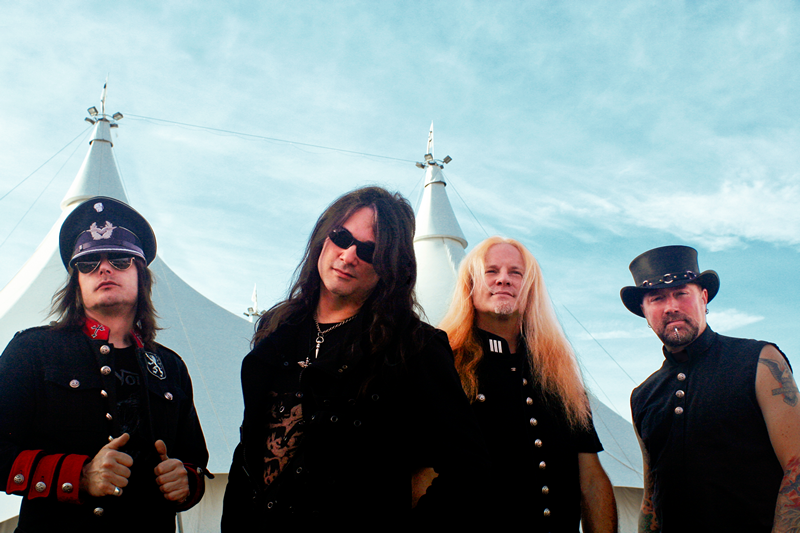 Ever wondered what your favourite artists think is the best song they’ve written? How about the meaning behind it? Well don’t fret because we at AltCorner have got you covered! Here SNEW vocalist Curtis Don Vito takes us behind the scenes on his favourite song!

I do not have a favorite song. I’m too emotionally attached to all the songs I’ve written. I do however get most excited about the newest ones. So, that being said I will talk about the new single we just released from our upcoming fourth album “You’ve Got Some Nerve”. The song is “UR Freaking Me Out”.  It’s about as close as I could come to a top favorite song I’ve ever written. It ranks up there with the best work I and collectively the entire band have ever recorded.

All the guys in the band are a little different. Each and every one of us is weird. We follow every conspiracy theory, know every cult film, one of us has frog poison burned into his skin, one’s psychic and two of us have been abducted by aliens. So as a band collectively and individually we know what it’s like to freak people out.

Musically it encapsulates who we are as music makers. All the raw upbeat energy that we are known for but at the same time we took some chances with the format, there are parts in this song that only happen once, there are two different and distinct types of choruses, there are variations on the verses and we, for the first time ever added a horn section which really punctuate what we are trying to get across emotionally. Plus, it’s just so cool to say – you’re freaking me out or as we spell it in the actual title “UR” freaking me out which I feel just puts you a bit more on edge before you even hear the song.

This song speaks to who I am and it speaks to who SNEW are. Unabashedly stating who we are and what makes us tick. If you get it, you get it. If you don’t, you don’t, not a problem. Put yourself out there, speak from the heart, raise your vibration and be electric. There’s only so many people out there who are going to connect with you, let’s find out who they are.