2019’s Slam Dunk festival line-up is now completed with this latest announcement! We also have the line-up for the more relaxed acoustic stage!

Slam Dunk festival’s full line-up is now here! In the final announcement we have: Neck Deep, As It Is, Boston Manor, A Loss For Words, Grandson, Press To MECO, Story Untold, Between You & Me, The Plot In You, Shvpes, Kublai Khan and Cruel Hand!

Patty Walters of As It Is announces: “Words can’t even describe our excitement to be returning to Slam Dunk Festival. I’ve been attending Slam Dunk as a fan for nearly ten years now, and this year won’t be any different with such an unreal lineup of bands. We can’t wait to get rowdy with you at our biggest Slam Dunk yet.

The crash is coming.”

Boston Manor‘s Henry Cox adds: “We’re very excited to be playing Slam Dunk again this year; it’s one of our favourite UK festivals. We’re gonna make it one to remember.”

Jordan Benjamin aka Grandson says of his Slam Dunk debut: “This summer I and a small caravan of the baddest most diabolical rock and roll immigrants I could possibly assemble will be descending on your grounds to play my first ever festival outside of North America. I am not exaggerating when I say it is something I have been looking forward to my entire life, and my preparation, enthusiasm onstage, and general attitude will reflect that excitement I have. I can not promise you will agree with everything I have to say up there, I can not promise I will fit in with the rest of the music you will hear that day, but I promise it’ll get real fucking loud and real fucking dark. See you there. ✖️✖️”

Press To MECO add: “We’re super excited to announce we’ll be playing Slam Dunk this year. It’s one of the coolest UK festivals and they knock the line up out of the park every year.”

Shvpes are ready to bring the carnage: “We’re fired up and ready to come back and hit Slam Dunk this year with our new record. It’s always been a milestone moment. See you in the pit!” 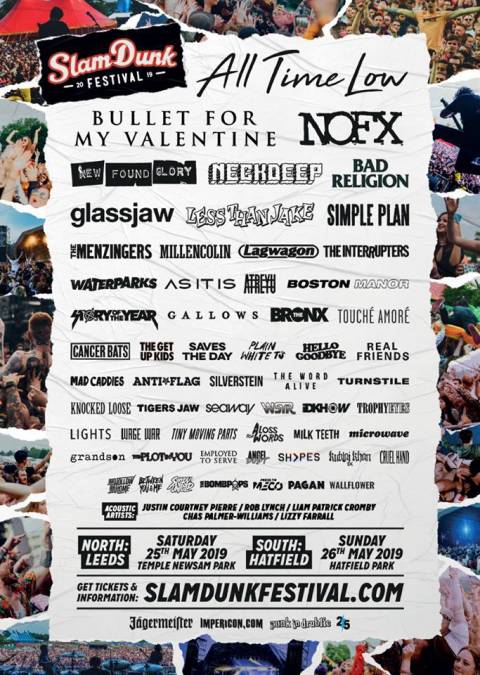