We’ve all been left with a hole in our hearts with the cancellation of festival season this year (gee thanks covid). But all the organisers are doing their best to make sure 2021 makes up for it. Slam Dunk Festival is no different as they announce another monster set of acts for 2021! 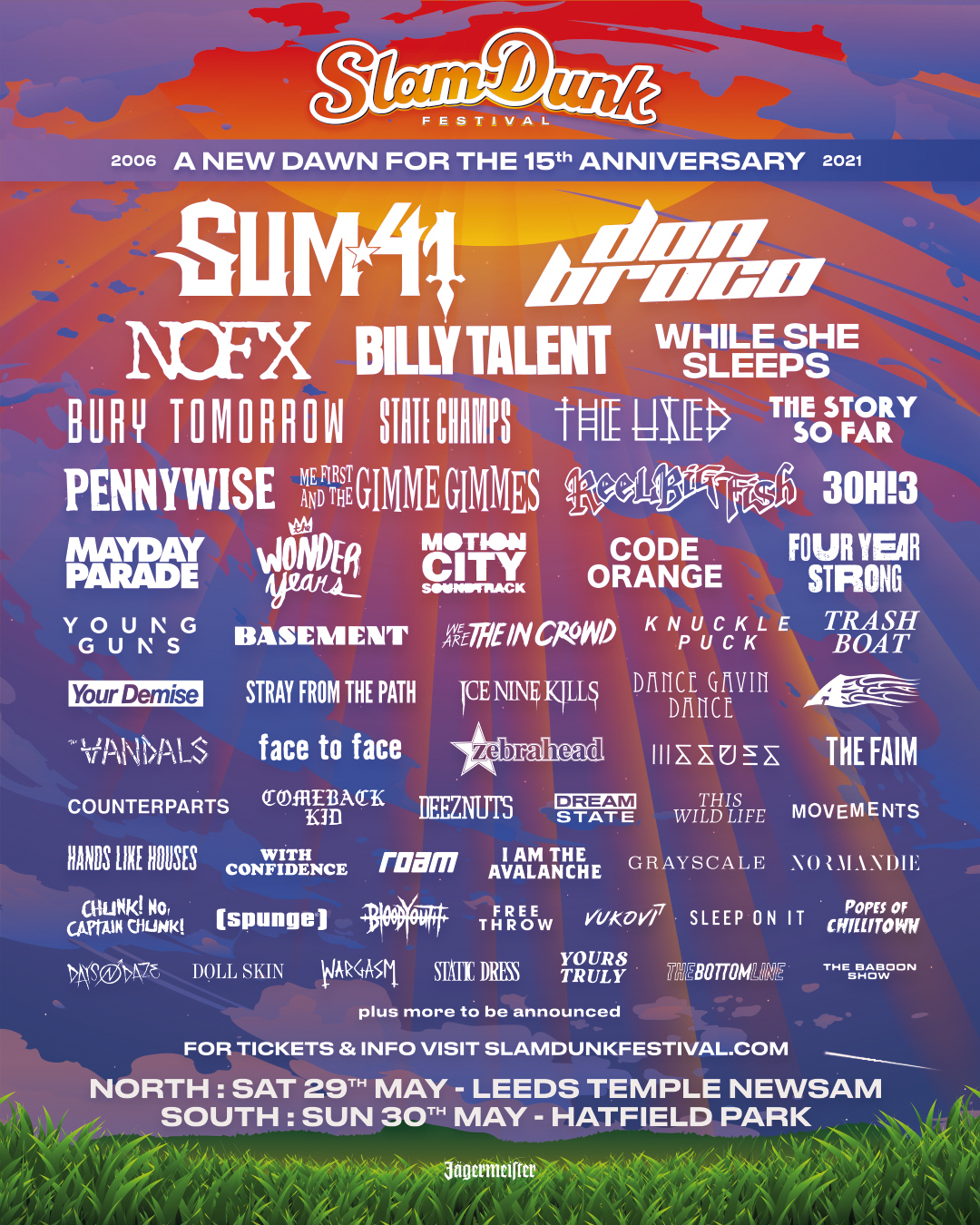 Billy Talent, While She Sleeps, Bury Tomorrow, State Champs, The Used, The Story So Far, 3OH!3, The Wonder Years, Motion City Soundtrack, Code Orange, Young Guns, We Are The In Crowd and Your Demise will all be performing.

The majority of the acts announced were destined for the 2020 lineup but have agreed to return. Later this year, there will be another final announcement for the lineup, however, it will not feature any more 2020 acts.

Director Ben Ray said: ‘Not delivering Slam Dunk Festival in 2020 was hard, but with 2021 being the 15th anniversary we will be sure to make it a special one for us all. With overwhelming support shown by our fans by keeping hold of their tickets, I felt it was important to try to give them as many of the artists they bought their tickets for as possible. Therefore I’m so happy to be able to confirm the majority will be returning’.

Slam Dunk 2021 takes place at Temple Newsam Park, Leeds on Saturday, May 29 and at Hatfield Park, Hatfield on Sunday, May 30.

All 2020 tickets remain valid for 2021 and there are a limited number of tickets available here.