It is looking good for Slam Dunk Festival to return in 2021 to celebrate their 15th anniversary! Here we look at the latest additions to the line-up! 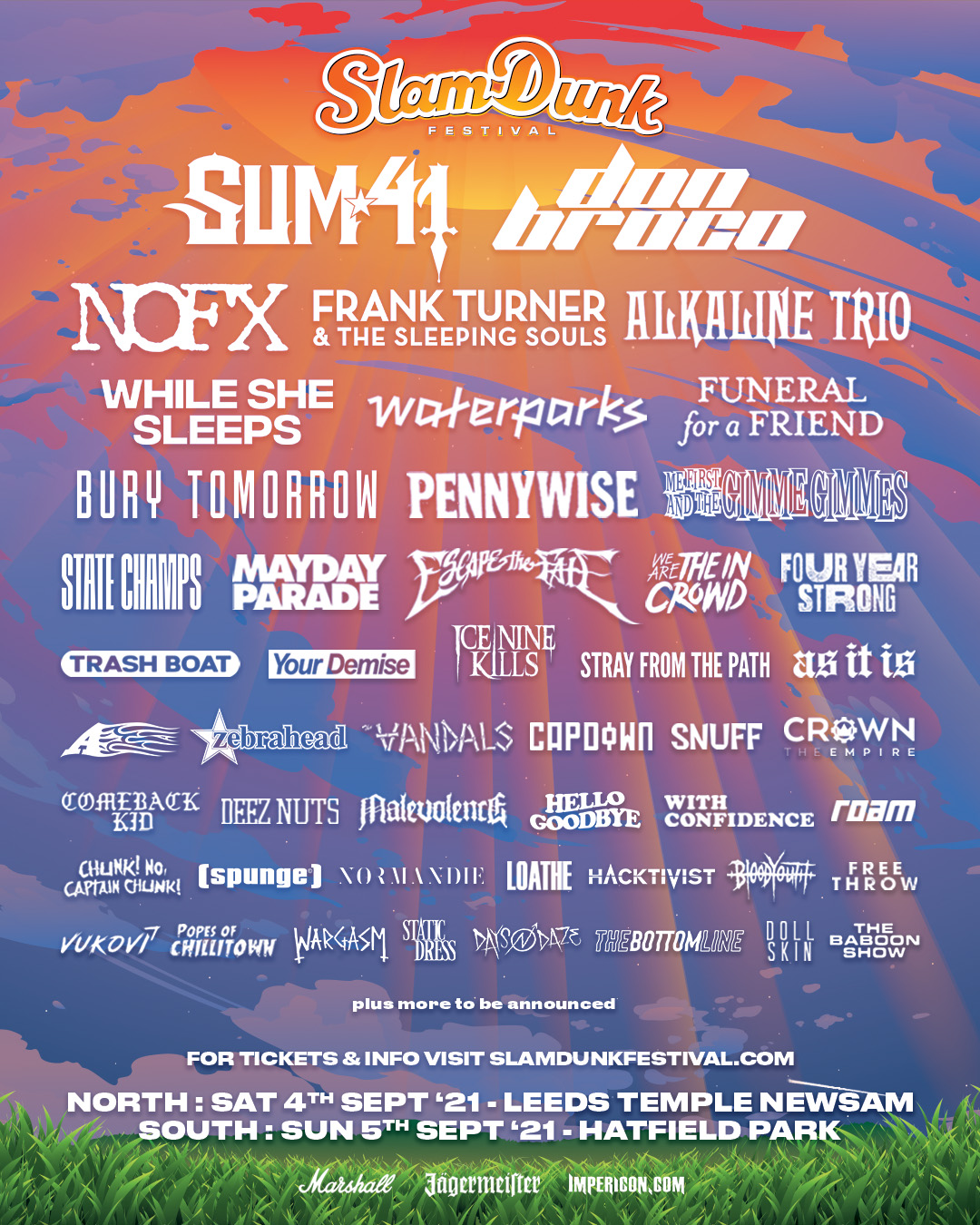 Seven new bands have been added to the line-up for Slam Dunk Festival 2021!

They are Frank Turner & The Sleeping Souls, Alkaline Trio, Funeral For A Friend, HelloGoodbye, Capdown, Loathe and As It Is!

Ben Ray, festival director, said: “We’ll be celebrating Slam Dunk Festival’s 15th Anniversary in September and I’m so happy these newly announced artists will be joining us! Although the re-opening date has moved to July, we are even more confident that the festival will go ahead this year, thanks to the positive news from the test events and the rapid vaccination program taking place.  With the overwhelming support shown by our fans who have kept a hold of their tickets and those who have bought tickets recently too, we know how important it is that we do our best to deliver a brilliant show this September.”

The full line-up for the festival (as announced so far) is: headliners Sum 41 and Don Broco.