ITS HERE! The final lineup announcement and stage splits for Slam Dunk 2020! 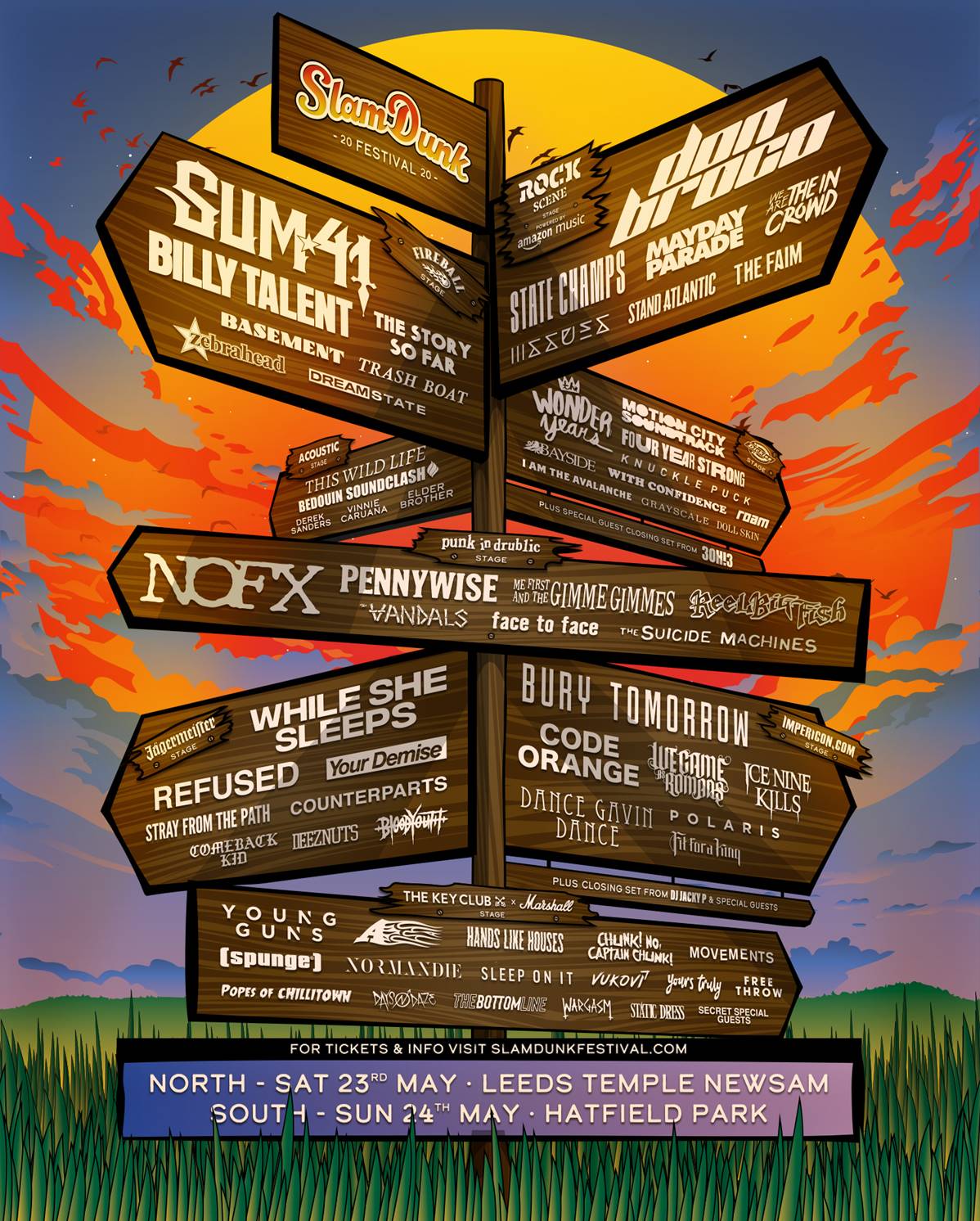 Okay, so we’ll kick off this Slam Dunk piece with the sad news that The Used have had to pull out.

We’re gutted but the rest of the lineup is so amazing, we still can’t wait!

Speaking of the lineup, the final announcement and stage splits have been revealed!

The stage splits have also been revealed so you can start to plan your day!

On the Rock Scene powered by Amazon Music stage will be headliners Don Broco. They will be joined by State Champs, Mayday Parade, Issues, The Faim, We Are The In Crowd and Stand Atlantic.

On the Punk in Drublic stage, we have headliners NOFX, Pennywise, Me First and the Gimme Gimmes, Reel Big Fish, Face To Face, Vandals and Suicide Machines.

The Jägermeister Stage will see While She Sleeps headline. They will be supported by Refused, Stray From The Path, Counterparts, Comeback Kid, Your Demise, Deez Nuts, Blood Youth.

The Dickies Stage will be headlined by The Wonder Years. Also appearing are Motion City Soundtrack, Four Year Strong, Knuckle Puck, ROAM, With COnfidence, Bayside, I Am The Avalanche, 3OH!3, Grayscale and Dollskin.

Over on the Key Club Stage will be headliners Young Guns. They will be joined by Hands Like Houses, Movements, Normandie, Chunk! No, Captain Chunk!, Free Throw, Spunge, Popes Of Chillitown, Yours Truly, Days and Daze, Vukovi, Static Dress, Wargasm, Sleep On It and The Bottom Line.

Slam Dunk Festival takes place at Temple Newsham, Leeds on Saturday, May 23 and at Hatfield Park, Hatfield on Sunday, May 24. Tickets are available now.