Records to look out for: Teasers for September 23

Here is our weekly round up of some of the new albums and EPs we’re excited for from across the alternative music world. 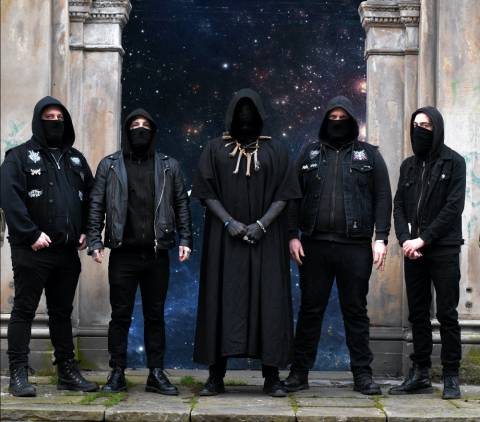 The black metallers said: “Black Blood is an affirmation of the path that strives towards the balance of chaos and order in an era of disjointed and deliberate distraction. With ‘Kernos Crown’, the first track on Black Blood, there is an acceptance of all that is malevolent in the struggle for sleep. The necessity of the darkness and the imperative process that overcomes horrors and demons, by exalting and joining them at the altar of wisdom. To face death and no longer be afraid.”
“Before this album was recorded, I knew I wanted to step things up a few notches in terms of taking this vision to a wider audience,” A|Vstates. “Candlelight approached me – indirectly, as they didn’t know who I was behind the mask – and offered a deal that more than meets where I want to take this project. Rather than continue to exist in the well-established sphere I’ve grown comfortable in, I decided that now is the time to take a leap into the unknown. Much like the narratives of the songs, there is both trepidation and elation. Time will be the judge…”

1. Kernos Crown
2. Dismantling The Corpse Of Demeter
3. Plutonian Gate
4. Lightless At The Grand Conjunction
5. A Psylacybic Death
6. In Exaltation Of The Supreme Being 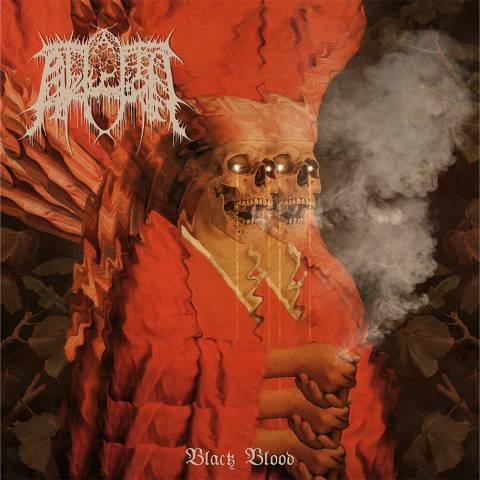 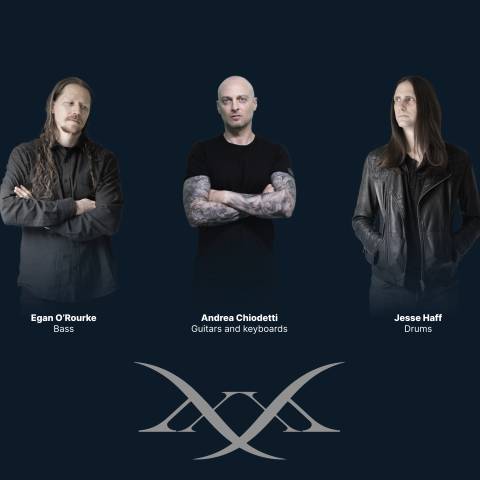 “Sacred Cargo started during one of the darkest moments of lockdown,” explains guitarist Andrea Chiodetti, “it was a creative expression, processing what was happening to the world around us. What makes this project unique is that every piece and its lyrics (provided by each singer), all composed during the height of the pandemic, is able to give voice to a deeply intimate part of all of us. They’re lyrics that belong to every person who lived through and shared that collective experience.”

Drummer Jesse Haff adds: “It’s amazing to me that the grand vision of this album—one in which we had different vocalists from around the world contributing their own lockdown experience—was actually achieved. Andrea and I imagined our ideal end result and just went for it, but underestimated how much coordination would be required by everyone to truly pull it off.

“I’m amazed that so many talented people connected with the intent behind the project and agreed to participate. I’m deeply grateful for that. We didn’t have to describe some foreign science fiction concept—unfortunately it is a directly understood reality experienced by all. I think the idea of directly channeling our unique perspectives into a collective expression resonated with everyone, as an obvious way to mark this era of our lives.” 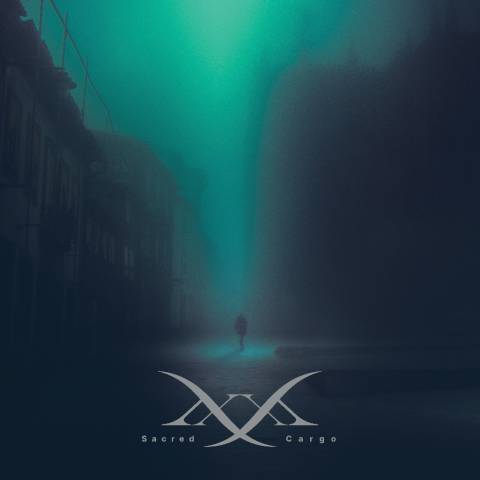 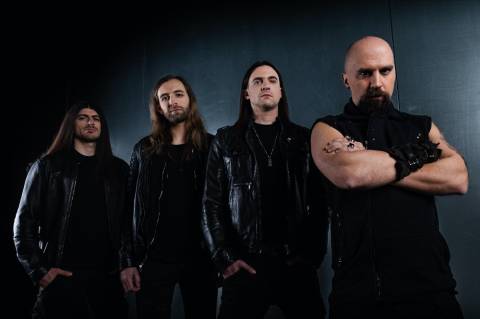 Obsidious will release debut album Iconic on October 28 through Season of Mist.

“This album does not have a concept per se in terms of lyrics or an underlying storyline,” vocalist Javi Perera comments. “The songs on this album touch on subjects of diverse nature, and there are even some songs that narrate personal experiences. But what I can consider as a common denominator in the album is the absence of constraints on a compositional or stylistic level, allowing us the freedom to shift between different musical genres as long as the song requires it. I always consider that we, as artists and musicians, are at the service of the music and not the other way around.” 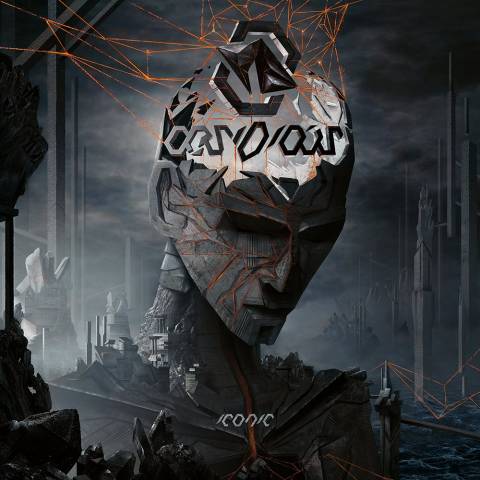 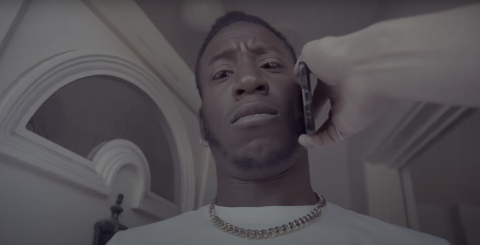 Kid Bookie said: “ ‘Mass Hysteria’ is a piece of my heart captured within the sonic pallet I like to paint with. Loud, concentrated but with my spin, Bookie’s spin, a nod to sounds I love and will continue to keep on evolving with.” 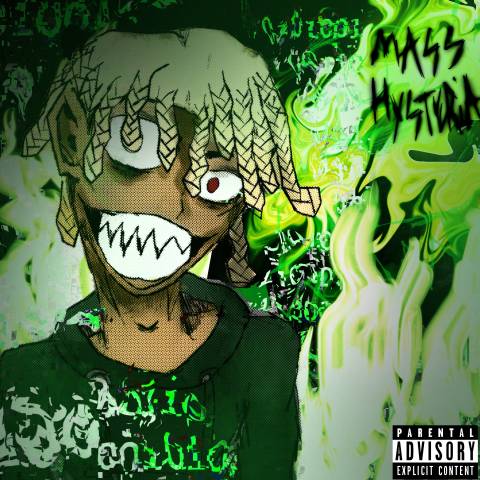 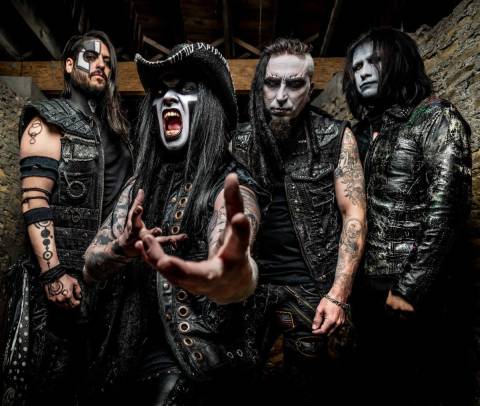 Wednesday said: “The last three releases have seen the band explore new ground with heavier songs, drums, and vocals. Coming out of the Covid crisis, I promised I would not release a sad, depressing record. I wanted to make a fun, horror themed rock record that would be reminiscent of the first few WEDNESDAY 13 records. The new album is a fun, fast-paced, thriller!” 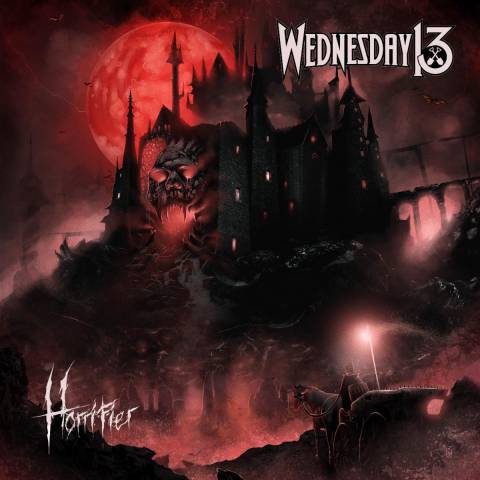 Fit For A King – The Hell We Create 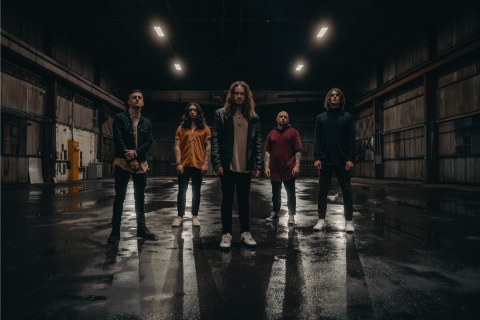 Fit For A King will release new album The Hell We Create on October 28 through Solid State Records.

Vocalist Ryan Kirby said: “It is a reflection of the events that happened throughout the pandemic. In short, my wife and I adopted children and had to homeschool them. She almost died from a stroke. The Hell We Create is by far the deepest and most personal record we’ve ever written.”

“I want to raise self-awareness. It’s not just important to fight for ourselves, but we’re fighting for others. You can reach out for help even if you’re scared. I know I was. I hope we can all reflect on not only what we put ourselves through, but what we put others through.” 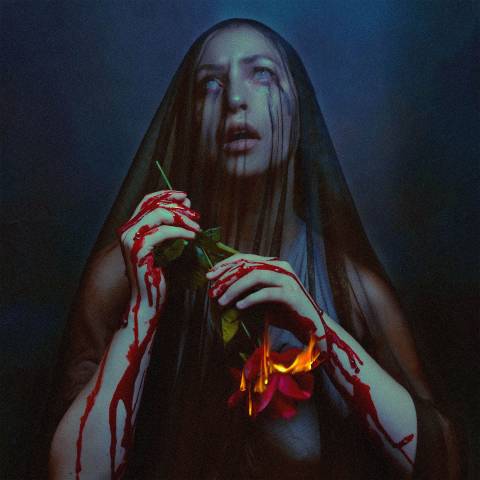 A Wake In Providence – Eternity 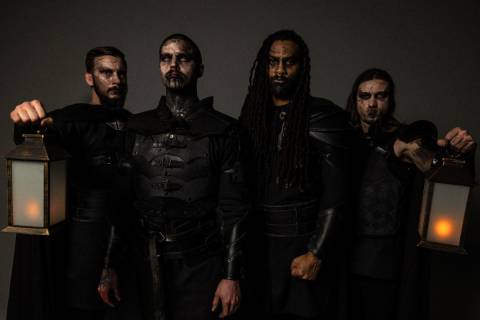 A Wake In Providence will release new EP Eternity on October 21 through Unique Leader.

The band said: “‘Eternity is the album I’ve wanted to write for years but the time wasn’t right and now it is. This album is extremely personal and close to us for that exact reason. It tackles some serious issues around mental health that I feel don’t get addressed often and need to be through the lens of dark story.

“Everything in this album comes directly from experience, such experience that other people should not feel alone in. This is the culmination of all things I have wanted to do from a musical and lyrical standpoint for years and a true testament to patience and perseverance from a time perspective. I’m so excited for this chapter of AWIP with Unique Leader on our side, and want to say thank you to everyone for being patient with us on this journey! We Are Eternity.”

1 An Odyssey Through The River (Overture)
2 The Horror ov The Old Gods
3 We Are Eternity
4 Siamo Legati Dal Terrore
5 The Hunt ov The Wraith (First Movement)
6 The Book ov The Eldritch (Second Movement)
7 The Court ov The Trinity (Final Movement)
8 Weep into The Abyss, For it Hears You Not…
9 Vicious Attenuation 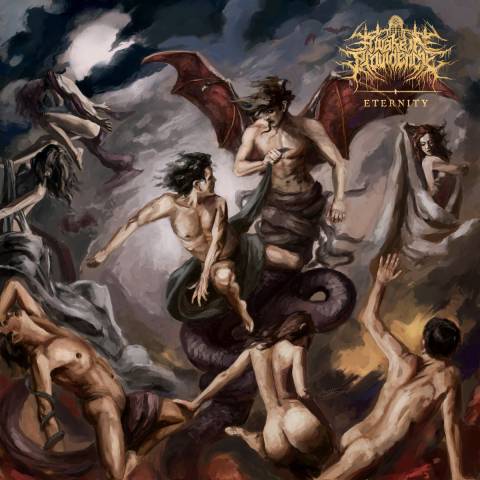 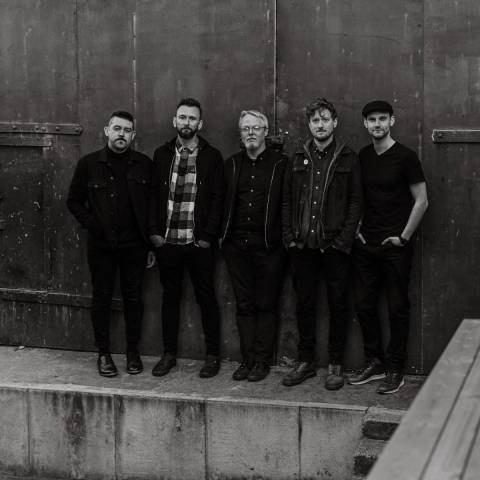 Poly-Math will release new record Zenith on November 18 through Nice Weather For Airstrikes. 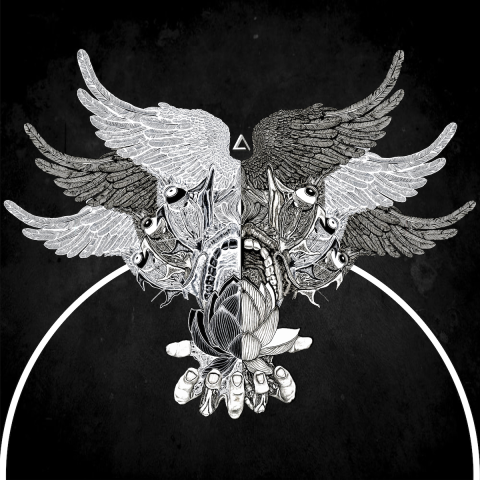 All Ears Avow – Feel the Push 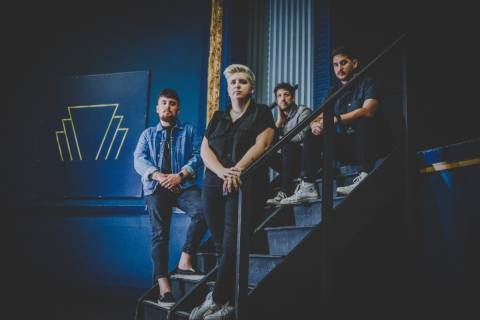 All Ears Avow will release new EP Feel the Push on October 21.

Vocalist and guitarist Claire Sutton said: “It’s written as a sort of message to anyone suffering, from the perspective of having come through it to the other side and offering this message of hope. That even though someone is in pain and finding it hard right now they will get through it and into the light. The song is full of angst and pain both musically and lyrically, but ends with this almost euphoric sense of making it out alive.

“This EP has been the biggest labour of love for us and something we’ve been working on for the last two years, mostly throughout lockdowns like so many other artists at the moment. The main thing that glues this EP together is the message and lyrical journey, which is a reflection of what everyone has been through since 2020.

“The last two years have been absolutely mental for society. There’s been the pandemic, riots, toilet roll shortages, catastrophic wild fires, Russia invading Ukraine, and that’s just the tip of the iceberg. Everyone’s either been desperately trying to keep themselves afloat or they’ve been in complete denial that the public hysteria we’ve been experiencing so much of is of our own making. And that’s what this EP is about. We decided to name the EP ‘Feel The Push’ after the closing track, because it encompasses the message that when life or the world gives you a nudge or a push, you shouldn’t ignore it. In other words, when everything is going catastrophically wrong maybe we should look at it.” 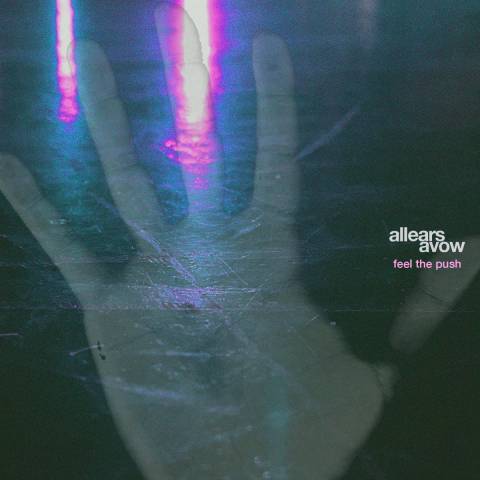 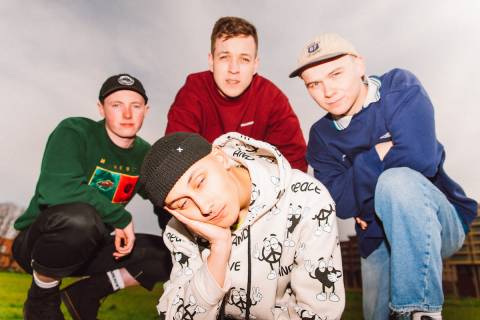 Indigo Bay will release debut EP After Dark on November 9 through Heist or Hit. 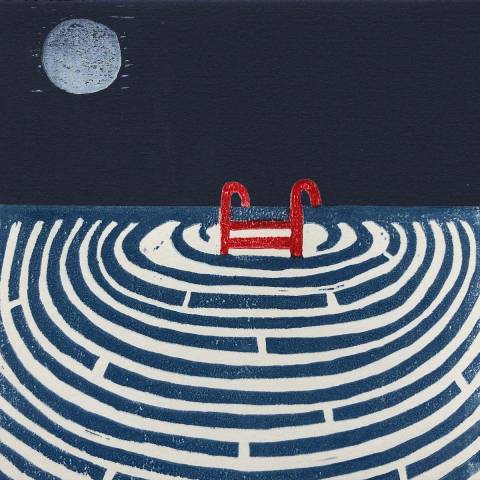 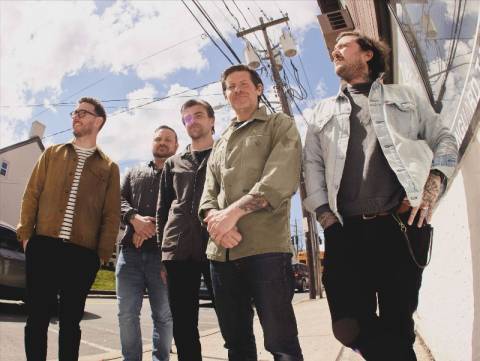 “We never knew if we would ever get to play these songs together, in fact none of us lifelong musicians really knew if we’d ever be able to play music for a live audience ever again,” Iero recounted. “Permanent Rebellion” is about taking back what is rightfully yours.” Rule added: “We wanted to do something where you can hear all our bands in it and yet, not have it sound like any one in particular. Our roots are punk rock and hardcore, and the vibe is hope for all the lost souls.” 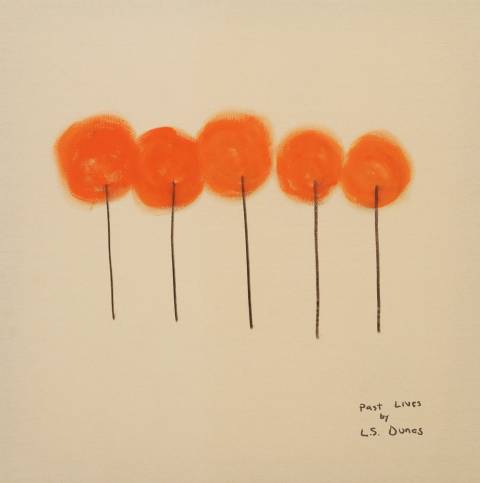 The Pretty Reckless – Other Worlds 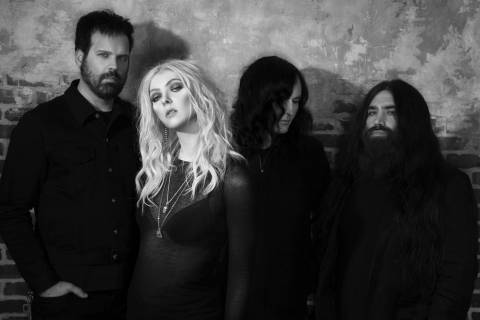 The Pretty Reckless will release new album Other Worlds on November 4 through Century Media Records.

“For a long time, we’ve been trying to figure out an alternative way of releasing music, including songs we love that didn’t make our records, covers, and alternate versions,” explains Taylor Momsen.

“We found a way to do this coherently and consistently with Other Worlds. We’re a rock band, so there are lots of electric guitars on our records. However, we’ve gotten incredible feedback from fans about our acoustic performances, and we’d never put those out in any real format. So, this is a different take on the traditional format of a record and a stripped back version of us that our fans haven’t really heard before, but it’s still us.”

“You get to hear a different side of Taylor’s vocals,” adds Ben Phillips. “It was a chance for us to see what she would sound like singing songs by people who have inspired us. It also gave us some perspective of where we need to go and what we need to be if we want to be that good.” 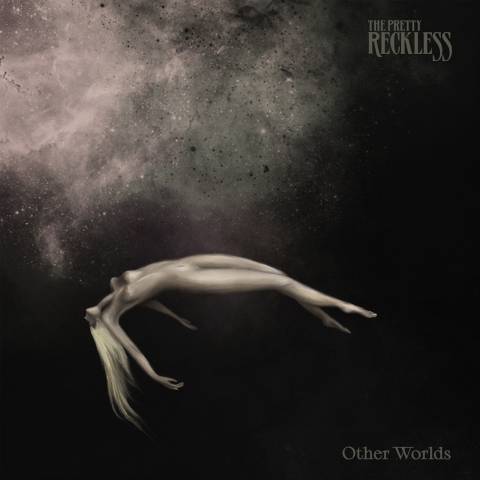 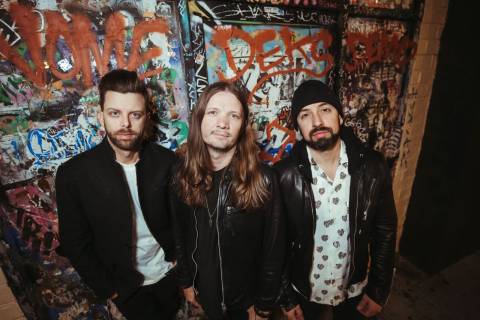 The Higher (formerly known as September Star) will release new EP Elvis in Wonderland on October 14 through Secret Friends Music Group. It is the band’s first new music since 2009’s It’s Only Natural.