Real Friends recently announced a huge UK and European headline tour for December 2016. The band will play their biggest ever UK show on 9th December at The Electric Ballroom, with support bands Knuckle Puck and With Confidence (all dates). 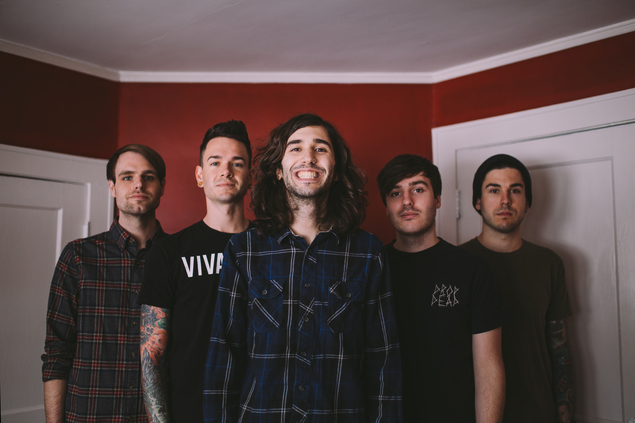 Real Friends recently announced a huge UK and European headline tour for December 2016. The band will play their biggest ever UK show on 9th December at The Electric Ballroom, with support bands Knuckle Puck and With Confidence (all dates).  For tickets, go HERE

“We are elated to be doing this run in the UK/ Europe with our good friends in Knuckle Puck and With Confidence. It’s always comforting going on the road with people that you’re already friends with. We are also super super stoked to get back to cities in Europe. It’s been awhile since we’ve been outside the UK when going overseas. This tour is going to be a blast.” – Kyle Fasel

The band have also released a new song “Mokena” which is taken from the band’s new album The Home Inside My Head, set to release May 27th and available for pre-order at RealFriendsBand.com, where singles “Colder Quicker“, “Scared To Be Alone” and “Mess” are all available as instant downloads with pre-order.
Originally written in 2014, “Mokena” showcases Real Friends’ continued growth, and though the song was a last minute addition to the new album, it quickly became one of the band’s favorite tracks.

Kyle Fasel explains; “Lyrically, the song covers a lot of ground. It’s a timeline, really. It sheds light on my earliest memories and into my teen years. It even talks about present day and also mentions making the wrong decisions, learning from them, and finally getting over the stuff that brings you down in life. Life can be hard. That never goes away, but it’s a great feeling when you look and see that you finally got past whatever used to make you fall. ‘Mokena’ is a song about growth. Hope everyone enjoys it.”