Supporting Evergrey are Australian progressive sensation VOYAGER. Hailed as one of the most original and daring groups on the planet, the bands sets its sight on the North American market, returning for their first tour since 2012. 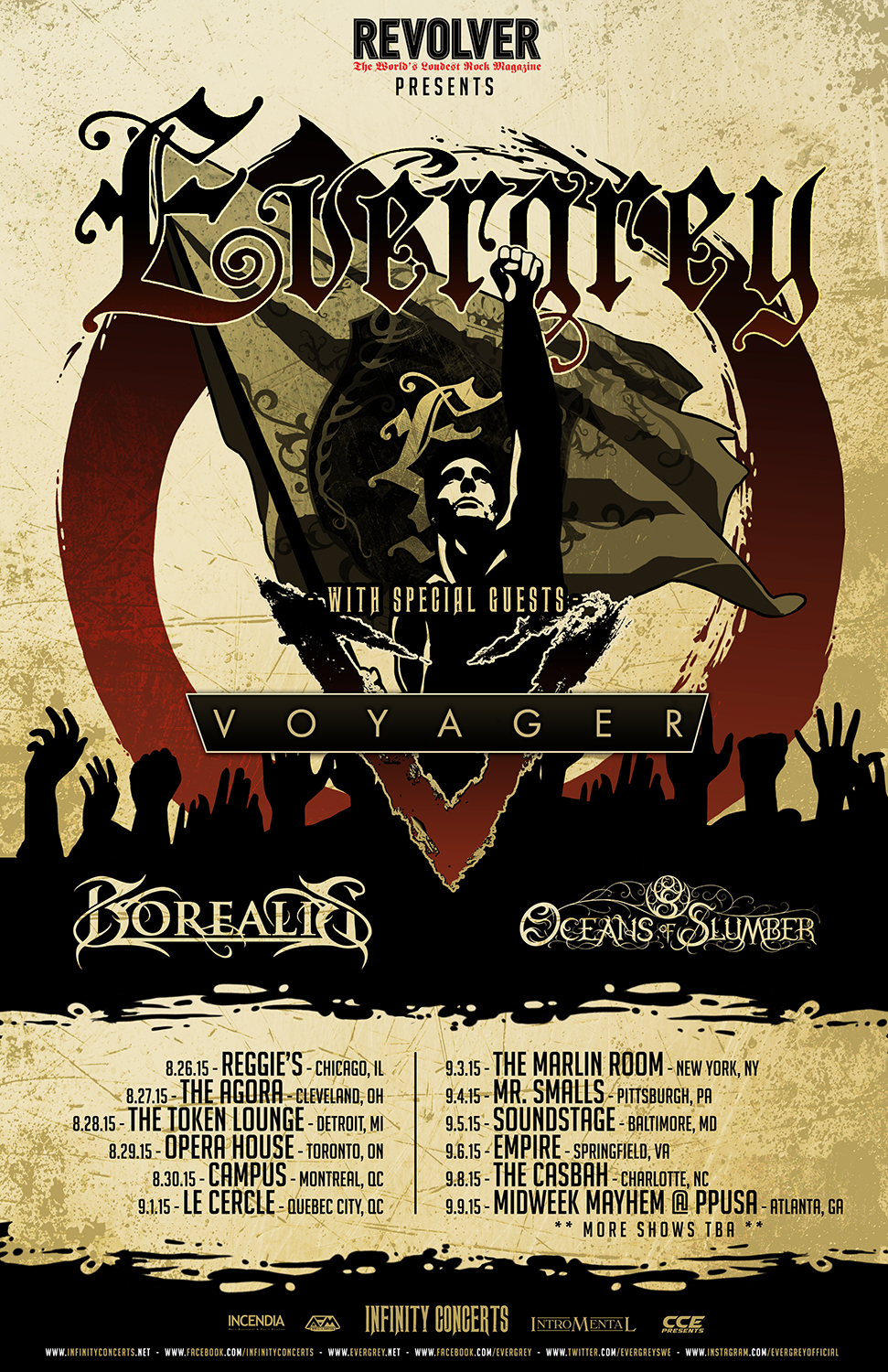 Swedish metal act EVERGREY have confirmed a North American headlining tour this coming Summer in support of its latest release, “Hymns for the Broken.” The tour kicks off in Chicago on August 26th and runs through September 9th, where they will be performing at the renowned ProgPower USA festival’s opening night, Midweek Mayhem.

“North American fans, I hope you are READY for this! It has been a while since we’ve been here and Evergrey is stronger than ever. I hope to see everyone on the road. You won’t want to miss it,” says Evergrey vocalist Tom Englund. A full list of tour dates can be seen below.

Supporting Evergrey are Australian progressive sensation VOYAGER. Hailed as one of the most original and daring groups on the planet, the bands sets its sight on the North American market, returning for their first tour since 2012. Their latest album V received critical acclaim from international press, and has since seen them tour with the likes of Dead Letter Circus, support Protest The Hero and headline Progpower Europe and Euroblast Festival. The band recently signed with AMF music alongside industry heavyweights Devin Townsend, Opeth, The Defiled and more.

Evergrey’s latest release, “Hymns for the Broken” marks the return of Henrik Danhage and Jonas Ekdahl to the ranks on guitars and drums, respectively. The album, their first through AFM Records, is arguably the strongest output of the band in a longtime. Their trademark elements of dark and light, rage and melancholy, and Englund’s signature vocals are all intact, but there’s a raw energy in Evergrey’s new music that hasn’t been heard in years, if ever.

Also on the bill are Canada’s BOREALIS and Texas-based OCEANS OF SLUMBER.

The tour is presented by Revolver Magazine and Infinity Concerts. Evergrey are currently planning a second leg of the tour for early 2016. Ticket information will be available on the bands’ pages in the next coming days.

**Evergrey and Voyager Only**