Philadelphia alt quartet Nothing have followed up the release of album Tired of Tomorrow with the announcement of a run of European dates with the UK leg starting on September 11! 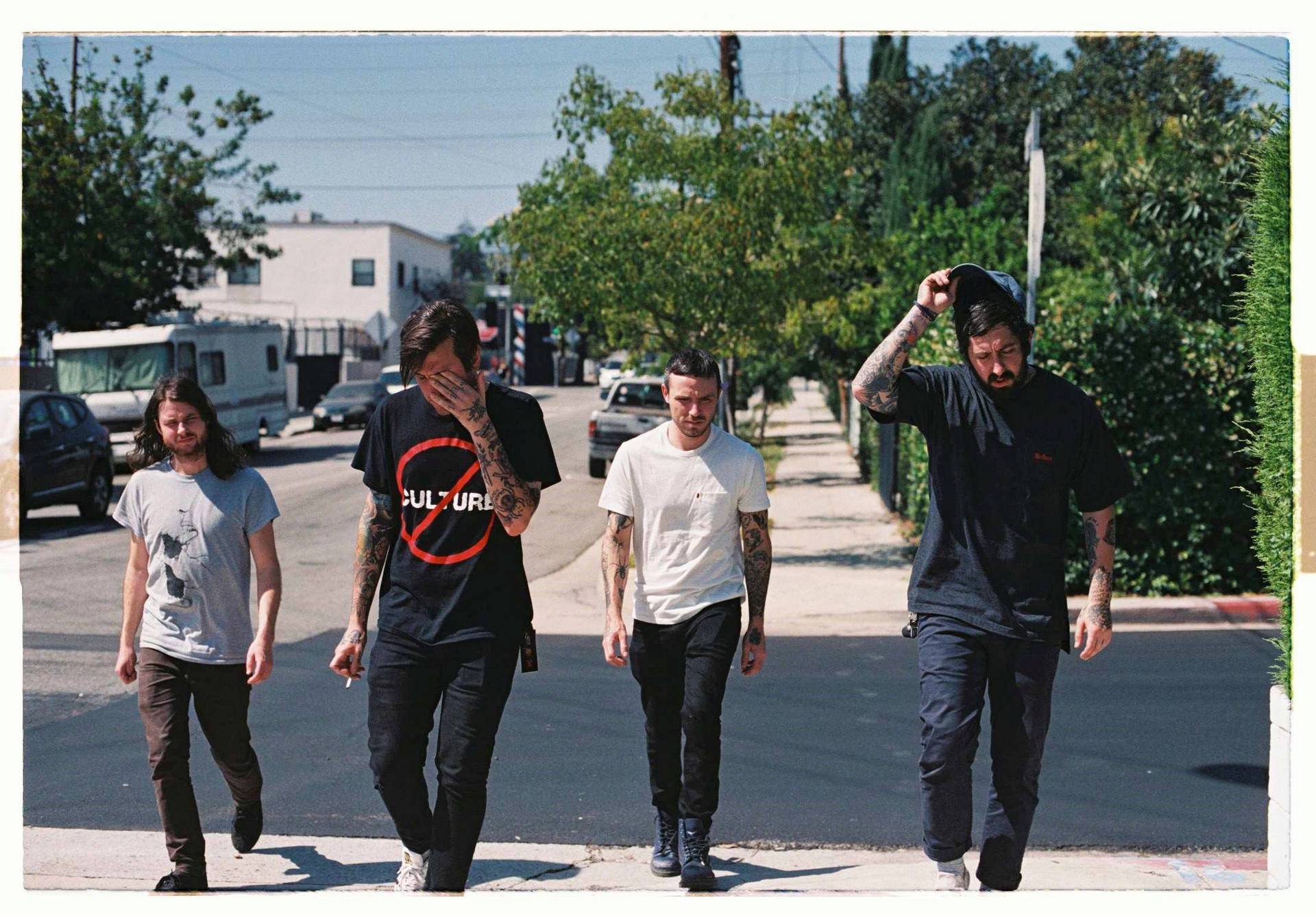 Philadelphia alt quartet Nothing have followed up the release of album Tired of Tomorrow with the announcement of a run of European dates with the UK leg starting on September 11!

The band, formed in 2010 following frontman Domenic Palermo’s release from prison, saw the band tour relentlessly following their 2014 debut album Guilty of Everything. However, eight months into their non-stop touring schedule, the frontman was mugged and seriously injured in an assault in Oakland, CA, leaving him with a fractured skull & orbital, 19 staples and a re-shaped view on life and music. This new outlook caused the band to come up for air from their exhausting touring schedule and formed the basis for recently released album number 2 Tired of Tomorrow.

Alongside the tour announcement, the band have also shared a remix version of track Nineteen Ninety Heaven, remastered by electronic producer Ryan Hemsworth for a moving and atmospheric remix which you can listen to below;

Talking of the track, the frontman says;

“When I began writing this song it had a very dreamy vibe. I envisioned dreams that would occur in my early teens when I started to deal with my earliest signs of fear and anxiety. When I was 13 an older friend gave me LSD without telling me. I had come home acting very erratic and my recently deceased father, who had recently gone from being an abusive alcoholic to an abusive born again Christian, held me in a corner and screamed in tongues at me while holding his hands across my forehead. I had a really unfortunate time that held an effect on me for a while. I’d start to urinate in my own bed from the horrible things my mind was projecting on myself. I started to try and keep myself awake by pretending I was a spy or soldier, or someone who was more brave. Reality was hard to decipher during that time. I got past it eventually and stopped peeing the bed, unless I’m really drunk.”

Ryan Hemsworth adds; , “NOTHING definitely gives me hope for the 13 or 14 year old kid right now who wants to learn guitar and can’t find any good new bands. I hope they find Guilty Of Everything and listen to it 200 times, and then Tired Of Tomorrow 300 times.”

Check out the tour dates below;