Following a triumphant slot at Goldsounds Festival alongside Yuck, VANT, Night Beats and more, Leeds grunge-pop duo Night Owls are pleased to reveal the video for their latest single ‘Call Me Out’. 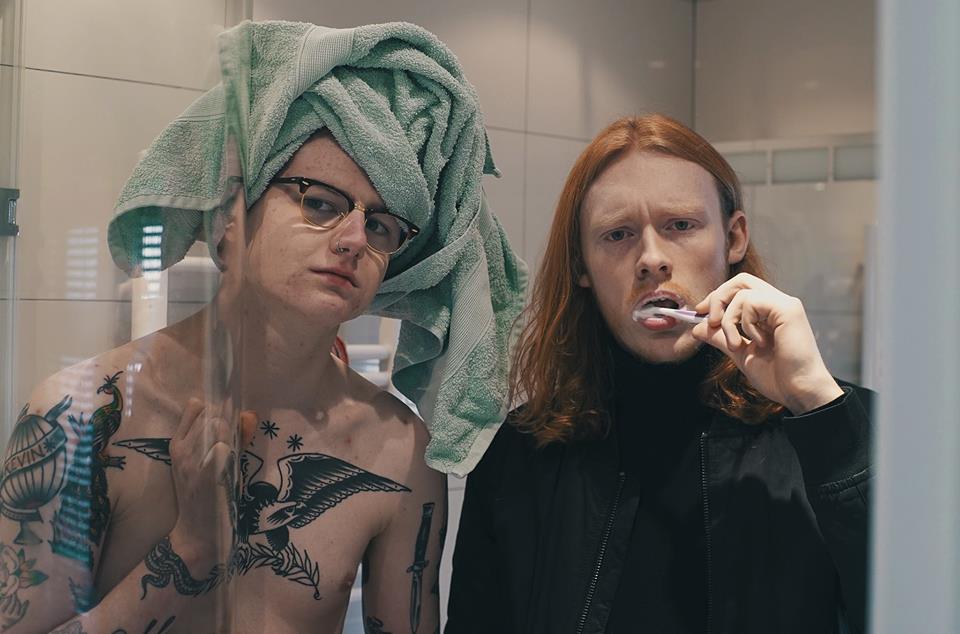 Following a triumphant slot at Goldsounds Festival alongside Yuck, VANT, Night Beats and more, Leeds grunge-pop duo Night Owls are pleased to reveal the video for their latest single ‘Call Me Out’.

Directed by Hornburn Media, the video itself is a tongue-in-cheek, trippy and eye-popping visual for the track which matches their oddball take on grunged-up slacker-pop perfectly, as band members Will and Liam let their…unique…personalities shine in front of an acidic background.

The track is the latest to be taken from their debut EP ‘Informaldehyde’ set for release on London independent label Till Deaf Do Us Party (JOHN, The Entrepreneurs, Classically Handsome Brutes) on 10th June 2016. The band have a handful of UK live performances coming up including an EP release show on 9th June at the Brudenell in Leeds.

“Call Me Out is about the damage that toxic relationships can do” say the band about the new single “It’s about putting up with the same old shit every day from someone you lost feelings for a long time ago and being called out on every mistake you make. It’s a song for someone you can’t stand to be around anymore.”

Another fuzz-drenched slab of burnt out slacker-influenced grunge pop, the new material is sure to build on the early attention they’ve drawn from the likes of Artrocker, Getintothis, Louder Than War and Amazing Radio, with the duo making ripples on several Hype Machine blogs already on previous track ‘Why Me?’.

‘Informaldehyde’ is released 10th June via Till Deaf Do Us Party