Here’s our weekly roundup of recently announced records we think you’ll love from across the rock and metal world.

Yours Truly – Self Care 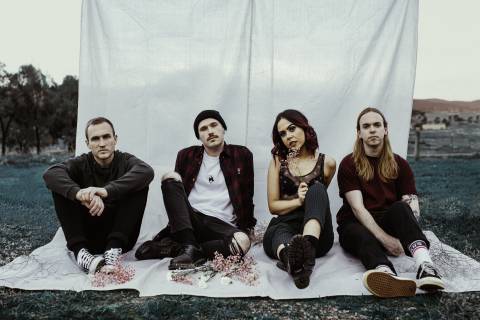 The debut album from Yours Truly is called Self Care and will be released on September 18 through UNFD.

The Australians have stamped their mark on the scene in just a short time.

“There was this almost electric feeling of excitement about getting to sit down and write our first record but also a huge feeling of anxiety at the same time,” reflects vocalist Mikaila Delgado. “We didn’t want to release something and have people say that we’re actually not that good and weren’t worthy of all the success we were getting… it was like we all had imposter syndrome.”

“We really learnt and lived a lot in one year, and writing these songs allowed me to understand myself on a whole new level throughout it all,” Mikaila adds.

“The experience was a true form of self-care that ended with me feeling stronger, smarter, enlightened and positive after a rollercoaster of emotions. For me, this album was my version of soaking in vanilla candles and that comforting taste of chocolate and red wine under blankets. We hope it brings solace to whoever listens to it and can relate too.” 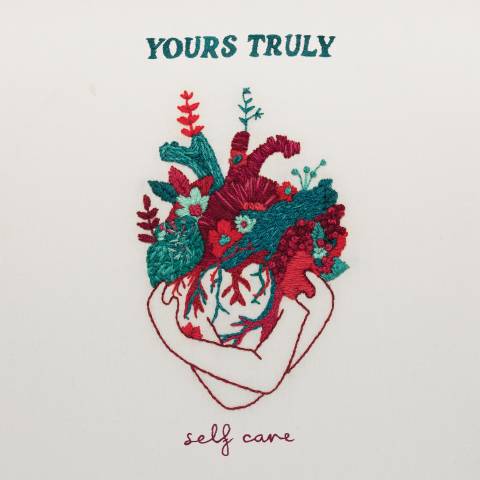 Fit For A King – The Path 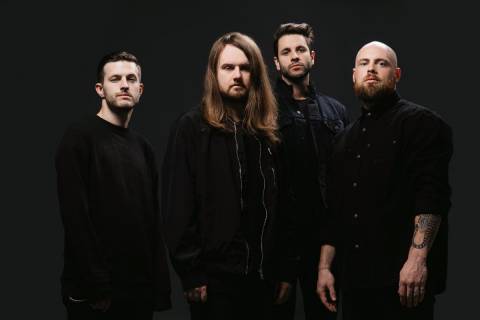 The new Fit For A King record is called The Path and will be released through Solid State Records on September 18.

“In the past, we have dove into some pretty dark areas of life, with Dark Skies being the pinnacle of hopelessness,” shares front man Ryan Kirby on the forthcoming album. “With ‘The Path’ we find our way out, and claim victory over the demons we have faced and are currently facing. This album is made to be the soundtrack for your victory over what mentally, and physically holds us back.” 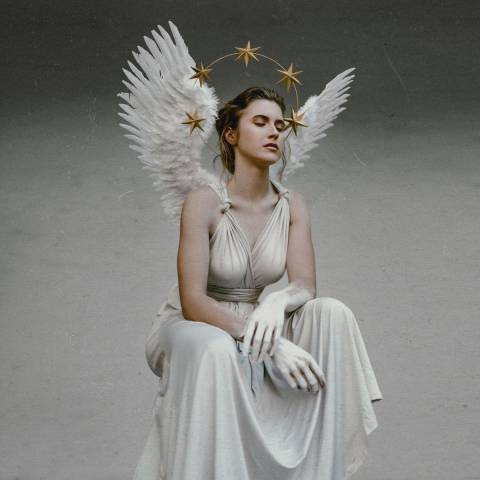 Napalm Death – Throes of Joy in the Jaws of Defeatism

Napalm Death will release their new album Throes of Joy in the Jaws of Defeatism on September 18 through Century Media Records.

“The phrase sticking in my mind when I started thinking about the lyrical direction for this album was “the other”. You could recognise at the time that there was a rapidly growing fear and paranoia being generated about everybody, from migrating people to people with fluid sexuality and this was starting to manifest itself in very antagonistic reactions that you felt were almost verging on violence. Not everybody resorts to such reactions of course, but even the basic lack of understanding can become toxic over time. I’m not saying that this is an entirely new phenomenon, but it has been stoked in recent history by some particularly attack-minded people in more political circles and, as ever, I felt that it would be the natural antidote to endorse basic humanity and solidarity with all.

The artwork specifically uses a white dove as a centrepiece, which of course is a commonly recognised symbol of peace and cooperation. The dove has been mauled very violently by a sterilising hand and in death appears particularly broken and bloodied. However, through the violence you can see an equality symbol in blood on the chest of the dove, which perhaps demonstrates – visually at least – that equality cuts through in the end. A positive amidst many negatives then, much like the album title itself being a bit of an oxymoron – the celebration of humanity even in the mangling jaws of negativity”.

1. Fuck the Factoid
2. Backlash Just Because
3. That Curse of Being in Thrall
4. Contagion
5. Joie De Ne Pas Vivre
6. Invigorating Clutch
7. Zero Gravitas Chamber
8. Fluxing of the Muscle
9. Amoral
10. Throes of Joy in the Jaws of Defeatism
11. Acting in Gouged Faith
12. A Bellyful of Salt and Spleen 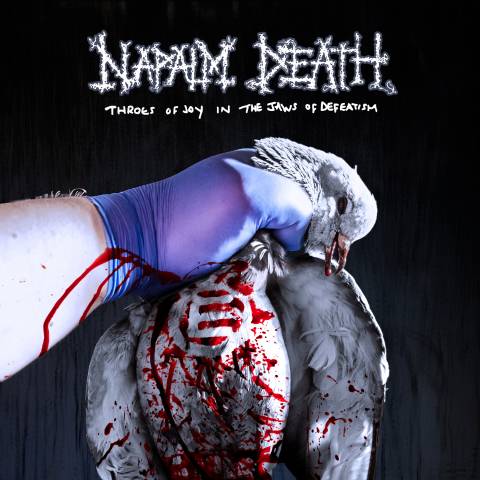 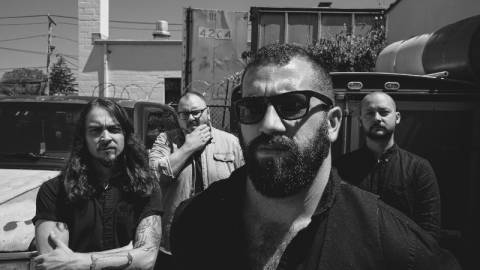 “Time is the only thing with a chance of washing grief away. It’s a process that can be ugly, violent and in most cases not brief,” shares vocalist John Carbone on the meaning behind the EP title. “In order to let time do it’s work properly, a person must recognize the difference between the violence that’s necessary and the violence that’s clung to. At some point, grief is a choice. When time’s done it’s job, it’s up to us to put the hurt down.” 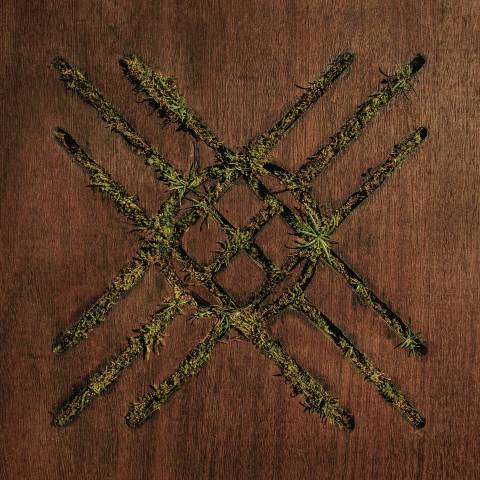 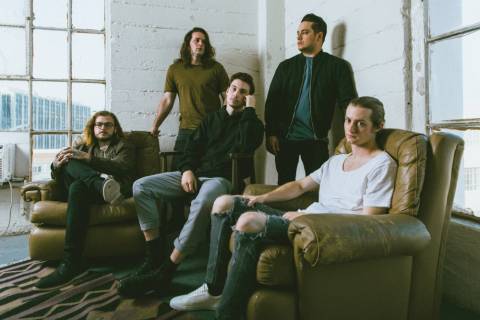 Grayscale will release their Live From The Barber Shop Studios EP on July 29 through Fearless Records.

Speaking on the EP, guitarist Dallas Molster said: “Every single member of the band grew up with an incredibly wide musical palette. We were drawn to everything from jazz, classic rock, hip-hop and anything in between. We saw this as an opportunity to rearrange our songs in totally different styles and to tap into some different musical influences than usual.

“It started with our good friend, Skyler Patzer, who had written the piano arrangement previously on our Punk Goes Acoustic ‘Atlantic’ track. I had written the acoustic, bass, and drum loop parts for a reworked version of ‘Painkiller Weather,’ and then sent it off to Skyler, who then wrote a beautiful piano part to accompany what I had written. The chemistry and workflow that I had developed with Skyler was so enjoyable that I wanted to work on another song with him.” 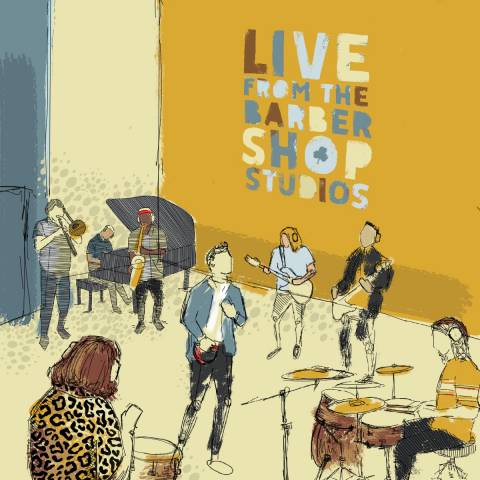 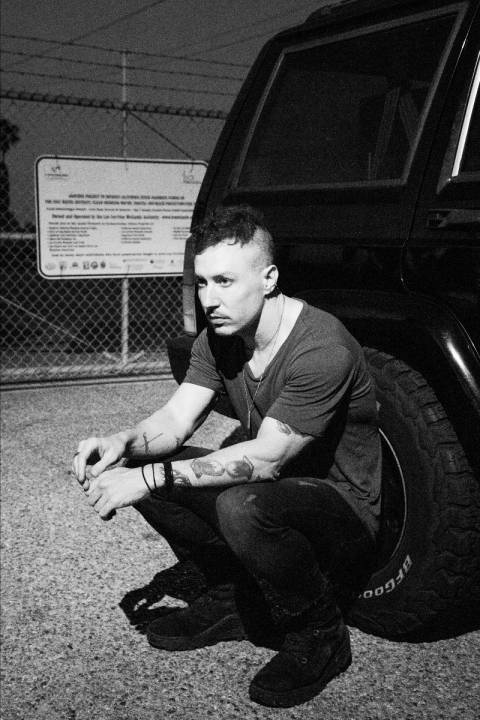 On the 15-track album, Greg said: “I’d been writing for so many different projects, Dillinger, then The Black Queen, and Killer Be Killed…and I just kept on writing. It felt as if I had more to say, but nothing that necessarily filled the script of those bands, so I ended up with something that I found to be intensely personal and super satisfying, but also confusing as far as what to do with it.

“When I realized that it was a solo release, it was sort of an ‘oh that’s interesting’ moment, both terrifying and exciting at once, and challenging, and new, and that combo is almost always a good sign, so I committed to it. It’s important to continue taking risks in order to grow both your creativity and your future possibilities, to create new avenues and freedoms for yourself, and it also felt like a good time for me to integrate and own everything that I am into one thing, without fragmentation or limitation. I needed to come out from telling myself that I always have to be ‘guy in a band,’ and to release this as my own name.” 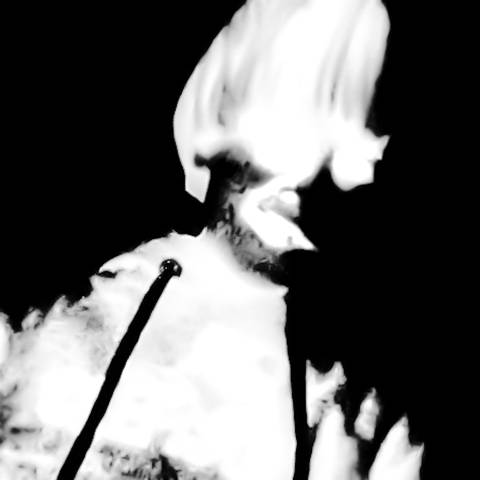