Here is our weekly roundup of some of the recently announced records we think you’ll love. 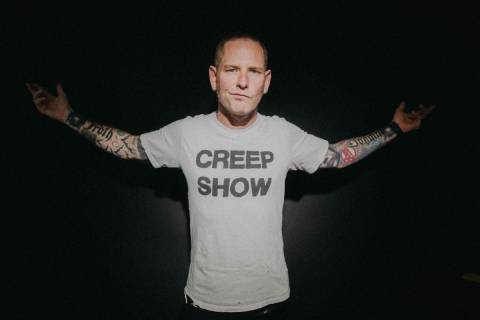 Corey Taylor of Slipknot and Stone Sour fame will release his debut solo album CMFT on October 2 through Roadrunner Records.

The album mixes some new tracks with songs written throughout Corey’s life. 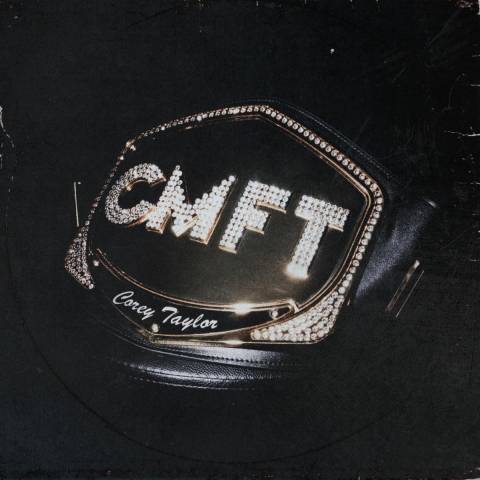 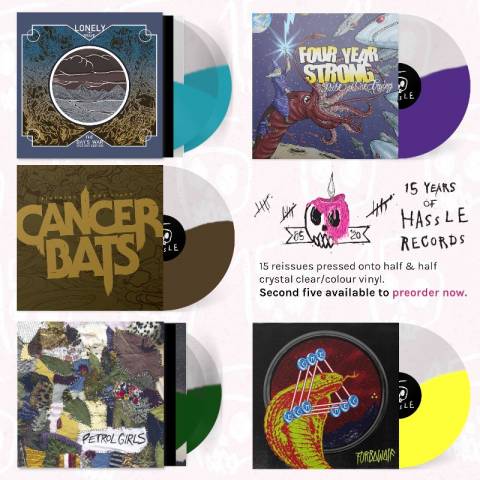 Issued in three batches of five, every release will be fittingly issued on crystal coloured vinyl & released 30th October 2020.

“2020 marks 15 years of Hassle Records. So, we wanted to celebrate. It only seems like yesterday that we had to change the label’s name (for bullshit legal reasons) and start again. But we got off to a great start putting out the Juliette Lewis EP ‘…Like A Bolt Of Lightning ‘ as the first release. And it’s been a great musical journey ever since. Never wanting be constrained by a ‘genre sound’, we work with artists and music that we simply love, and from there we just hope that other people will also love the records that we put out. This ethos has been the ultimate foundation in the label’s history from the start.

To that end, for our 15th anniversary we have decided to re-issue 15 records from varying parts of our history and catalogue, all as limited vinyl-only releases. Hopefully our choices accurately represent what a diverse sound we have to the label, and that the passion we have for the music and the bands shines through.” says Wez (co-owner)

Limited edition & hand-numbered // Orange & Crystal Clear Half & Half Vinyl
Double vinyl, including first ever pressing of the Tezcatlipoca EP 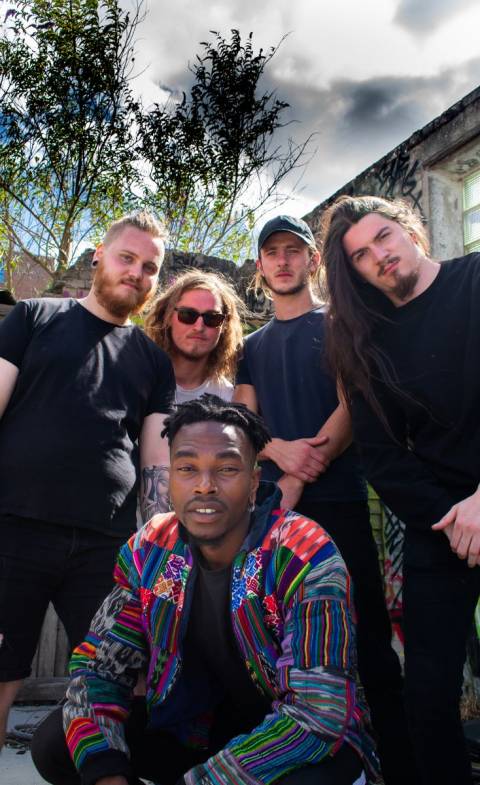 “To us, this EP is the epitome of rhythmic rage. A groovy aggression with a message unseen in the mainstream. We want people to feel where we have come from, what we’ve endured, what we’ve seen. We believe people aren’t angry enough, and we know music is the greatest tool to bring about that anger; that same anger we’ve all decided to suppress, but with this EP we are asking people to bring it forth.” 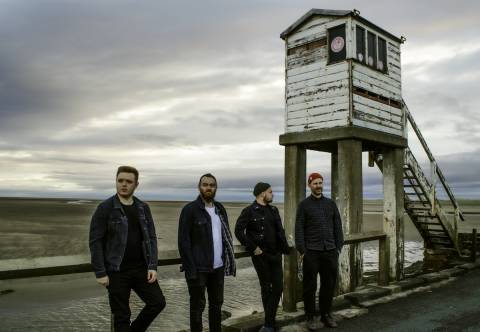 “The boat [Hector Gannet] was on its way to rescue people in trouble, lives were in danger, and as a result some lives were lost. It was tragic, but the sentiment of what was occurring is a very positive thing. If people don’t try and help one another then we’re all doomed,” says Aaron. 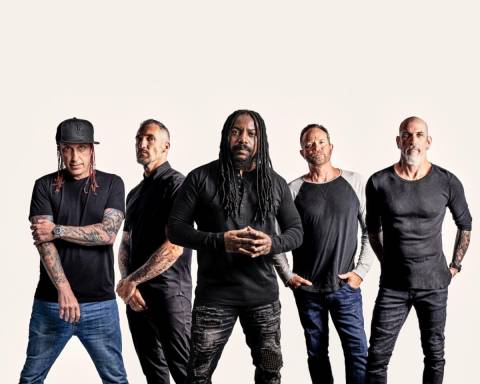 Sevendust‘s 13th album Blood & Stone will be released on October 23 through Rise Records. 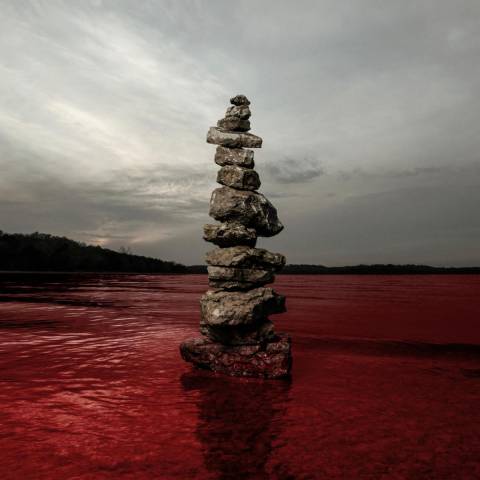 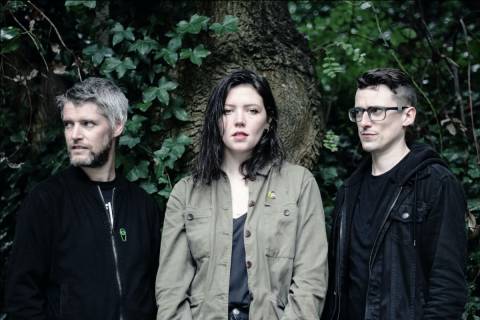 Bitch Falcon will release their debut album Staring At Clocks on November 6 through Small Pond Records. 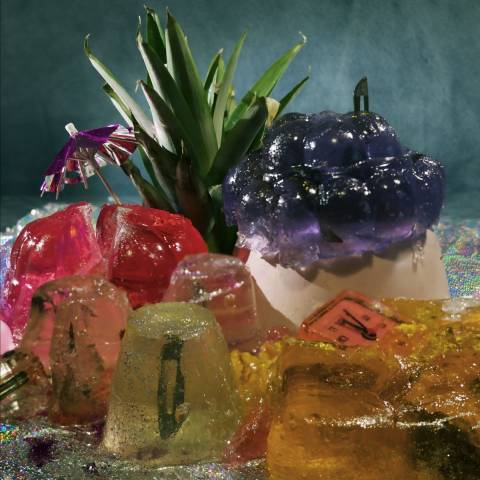 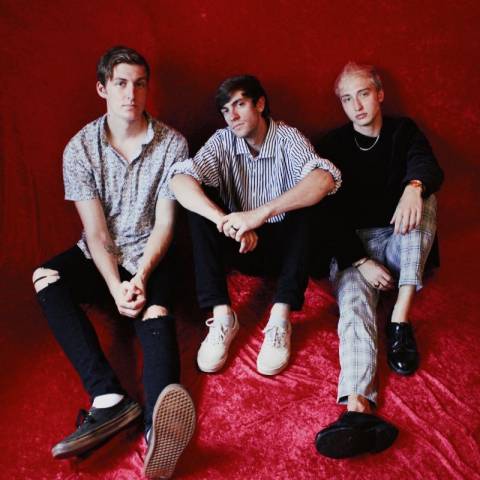 Happy. will release their new album Impostor Syndrome on October 30 through Rude Records.

2. A Cure For Wellness

8. April is for Fools 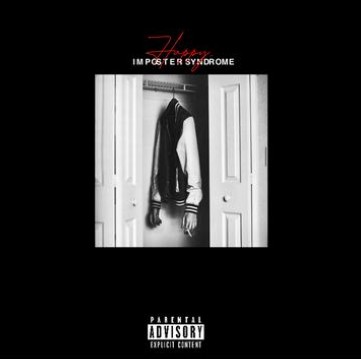 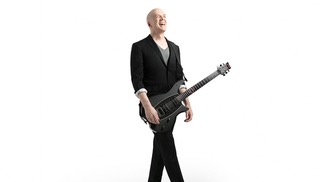 It is a recording of his 2019 winter tour. Devin said:

“The whole objective was that I wanted to make that statement: This is by the seat our pants. Because it’s important to me to represent this hyper anal-retentive music that I’ve made over the years, but in a human way. Rather than it just being, ‘Well, here it is, perfectly done.’”

“I was overwhelmed by the fact that all these brilliant people that I have so much respect for were willing to come together and play this weird shit with me. “I had these unique players and this interesting instrumentation that allowed us to interpret the music in different ways. It was clear to me that I could just have fun and be me and know that they would be effortlessly be able to follow that.” 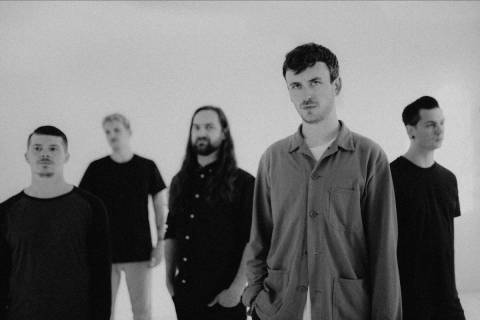 5: A Bird And Its Feathers

9: A Love That Tethers

Linkin Park fans can rejoice as they will be able to hear previously unreleased songs from the Hybrid Theory era on the band’s 20th anniversary edition of the album which will be released on October 9 through Warner Records.

On the release will be never-before-heard demos from the time, rarities, B-sides, DVDs, 95+ minutes of never-before-seen footage, and other extras. In order to prepare this special edition, Linkin Park engaged longtime fans around the world to contribute and share art, photos, and memories from the band’s earliest days. The reissue will be available in multiple configurations, including a Super Deluxe Box, Vinyl Box Set, Deluxe CD, and Digital. This notably stands out as the first-ever Hybrid Theory box set.

There will be 12 unreleased tracks.

All audio tracks on the album will be available to stream or download. 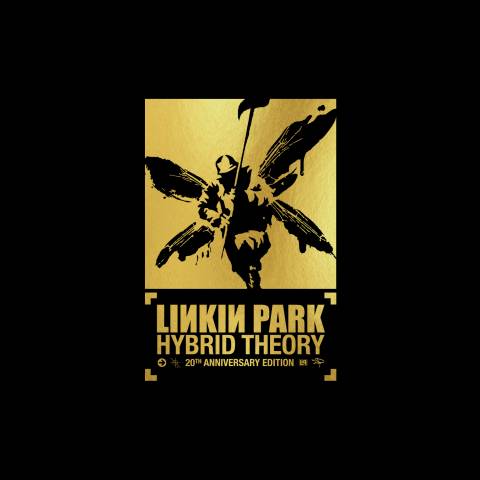 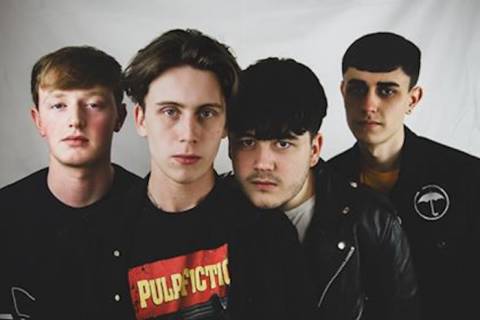 Glasgow indie-rockers The Roly Mo will release their debut EP TRM on September 11 through 7 West Music.

“To us, ‘TRM’ is our way of expressing thoughts on our day to day life, from feelings of lust, loss and addictions – this is us, young and reckless” with bassist Andrew Noble noting “there’s definitely a theme throughout the EP”. 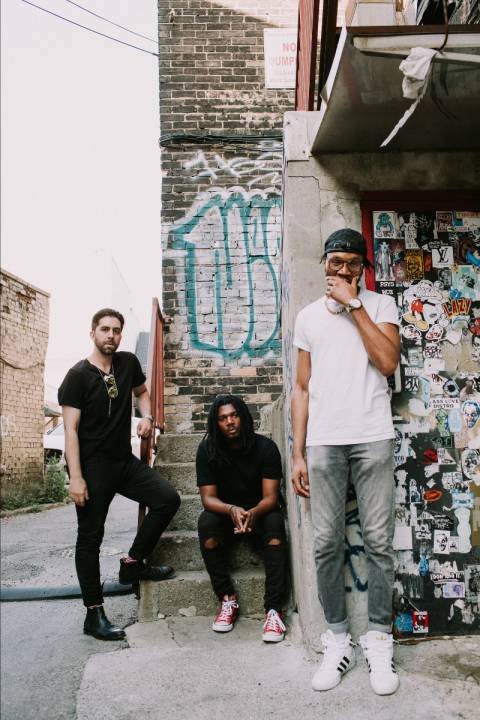 The new album from The OBGMs is called The Ends and will be released on October 30 through Black Box.

Vocalist/guitarist Densil McFarlane said: “This album is about death, wanting to die, and fighting for something to live for — it’s the end of all things. I feel this is the one of the most important cross-genre albums this century. We are Nirvana, we are The Beatles, and The Stones.  We are really changing the dimensions of which the game is played like the Steph Curry of this rock shit. We all have feelings of doubt, uncertainty, and I used to live there. I’m trying not to die there.  If I’m going out, I’m going out shooting.” 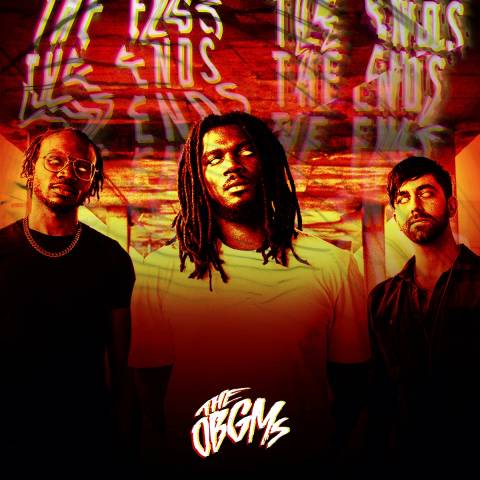 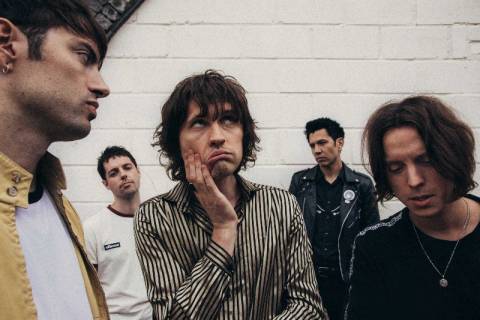 The East Londoners are described as the bastard child of a Ramones/Strokes one-night stand that play ferociously fast distorted pop songs, packed with earworm hooks and melodies. 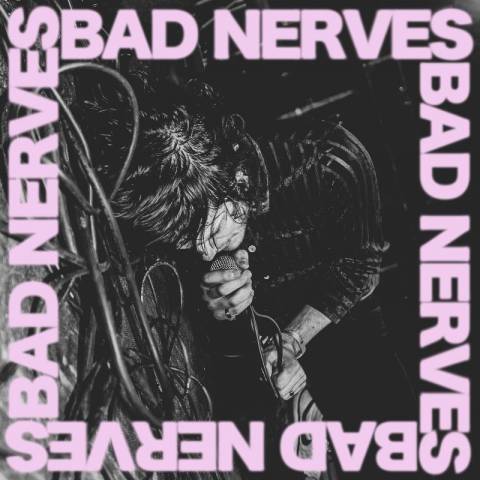 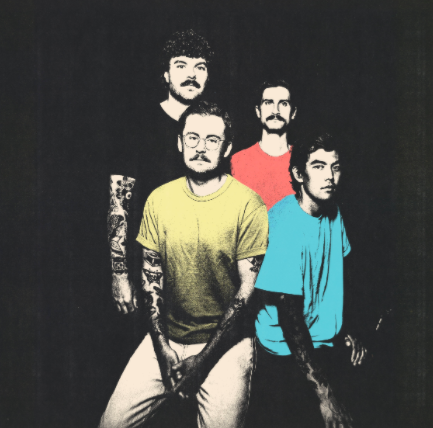 The new album from Seaway is called Big Vibe and will be released on October 16 through Pure Noise Records.

The band said: “We can’t wait to introduce the new era of Seaway. Big Vibe is the record we have been working towards our entire careers. “For this record we threw away usual conventions of the scene and genre and just made the record we always wanted to make. As usual for Seaway, it is a dynamic collection of sound and inspiration that bleeds through from track to track. Big Vibe is a feeling that doesn’t let up throughout the entire record, and we hope you feel it in your entire body.”

“As the title track of our new record, we believe ‘Big Vibe’ is the most encompassing track on the album, as well as most representative of where Seaway is at this point in our career. Inspired by 80’s Power Pop, lyrically this song continues what Seaway has been known for, while musically pushing us to new dimensions. It’s got a windows down, volume up feel that is omnipresent throughout the whole record.”

“This record is a big stepping stone for us,” admits vocalist Ryan Locke. “I think we’ve slowly carved our place in the scene and now we’re just trying to take the next big step, to wherever that may be.”

“It’s probably a cliché to say this,” adds guitarist Andrew Eichinger, “but I think this is the record we’ve always wanted to make. Because before, we always had in the back of our minds a thought about what people wanted to hear. This time, we just thought we’d write a bunch of songs and see how they came out. Honestly, we just did whatever the hell we wanted.” 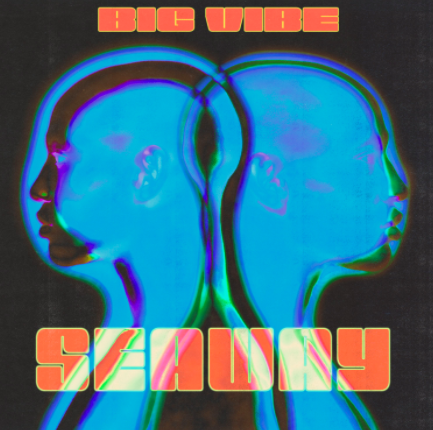 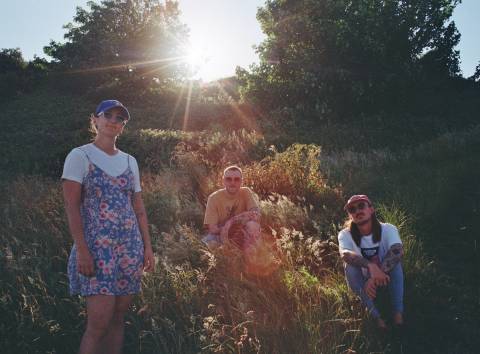 snake eyes will release their debut EP skeleton on October 9 through Failure By Design.

Guitarist/vocalist Jim Heffy said: “‘skeletons’ was basically my first proper shot at songwriting. I didn’t want to overthink or over-write parts. The objective was to make a record that’s fun but honest, written with a “shoot from the hip” attitude. As cliché as it sounds, being our first release I wanted ‘skeletons’ to really show the bare bones (no pun intended) of the band. We ended up making the record between my bedroom and Thomas’ attic as I wanted the EP to feel as DIY as the songs. It ended up being a pretty fun and personal process. It’s always great playing music but it’s even better when you get to do it with your best mates.” 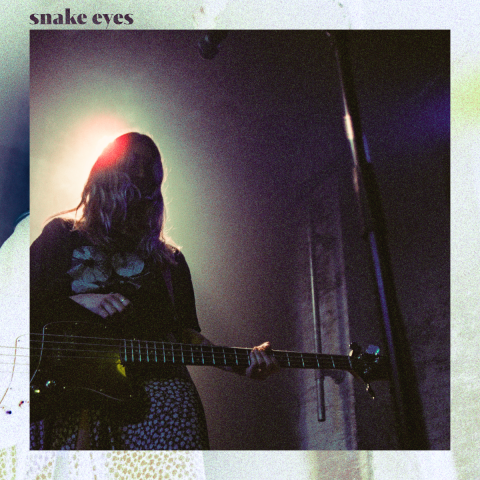 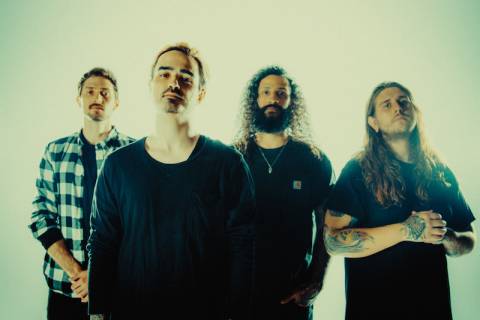 The fifth full-length album from Like Moths To Flames is called No Eternity In Gold and will be released on October 30 through UNFD.

Frontman Chris Roetter said: “The 11 tracks focus on overcoming 11 separate issues that I’m dealing with when I wake up every day. Most prevalently, it’s about struggling with yourself and your own feelings about your ultimate worth. These songs probably showcase more of my own mind than our previous work. I live my life like an open book, and we in the band are all very spiritual people who are in touch with their emotions. I feel that is something that society neglects; we are taught to bury and suppress negative feelings when we believe that by embracing those emotions, you learn a huge amount about yourself.”

1.The Anatomy of Evil
2. Habitual Decline
3.  Burn in Water, Drown in Flame
4. Fluorescent White
5. God Complex
6. YOTM
7. Killing What’s Underneath
8. A Servant of Plague
9. Demon of My Own
10. Selective Sacrifice
11. Spiritual Eclipse 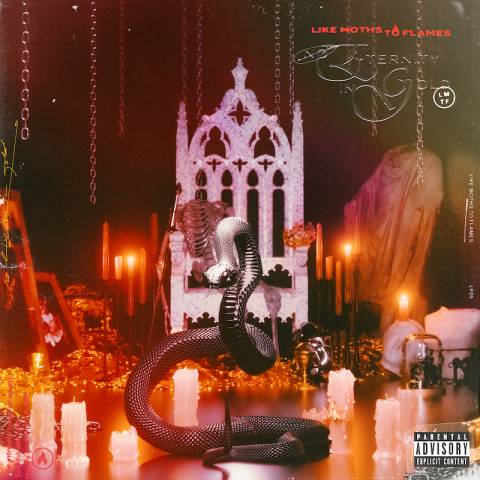 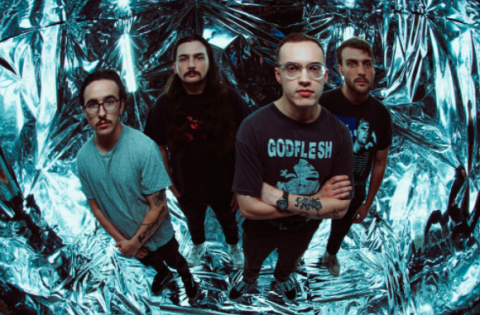 Guitarist Gabe Manuel said: “We were all going through our own personal struggles and we found solace in working on these songs and getting everything we were feeling out on the table. We are all influenced by a lot of different kinds of music and art, and while it was a challenge to represent all of those things on the record in a cohesive way, we grew as songwriters and musicians as a result of that challenge.” 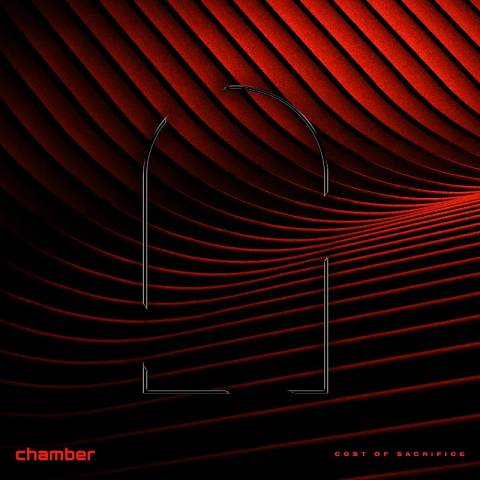