Another Friday sees another round up of some of the most exciting of the new records to be announced over the past week! 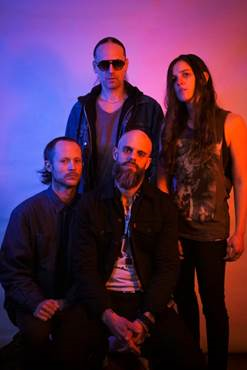 Baroness‘ latest album, the highly anticipated Gold & Grey, will be released to the world on June 14 through Abraxan Hymns!

“Our goal is, was, and will always be to write increasingly superior, more honest and compelling songs, and to develop a more unique and challenging sound. I’m sure we have just finished our best, most adventurous album to date. We dug incredibly deep, challenged ourselves and recorded a record I’m positive we could never again replicate.

I consider myself incredibly fortunate to know Sebastian, Nick and Gina as both my bandmates and my friends. They have pushed me to become a better songwriter, musician and vocalist. We’re all extremely excited for this release, which includes quite a few ‘firsts’ for the band, and we’re thrilled to be back on tour to play these psychotic songs for our fans. Expect some surprises.” – John Baizley (vocals, guitar)

“On ‘Gold & Grey’ we have taken some unexpected paths on a labyrinthine sonic adventure. We accepted sounds and styles that have not appeared on previous Baroness albums, and I’m excited to welcome our fans into our new lair,” – Sebastian Thomson (drums)

“Having the chance to create music without any preconceived boundaries was both liberating and intimidating. As we pushed past our fear and comfort zone, the four of us connected in a way that allowed us to create freely, uplift one another and build the unique sonic world that is ‘Gold & Grey’.

As a longtime Baroness listener, it is exciting to have created something new while still maintaining a deep love and understanding of the band’s roots. To say that the making of this record was quite a journey would be an understatement. We are beyond excited to share this experience and music with everyone!”  – Gina Gleason (guitar)

The ‘Gold & Grey’ tracklisting is: 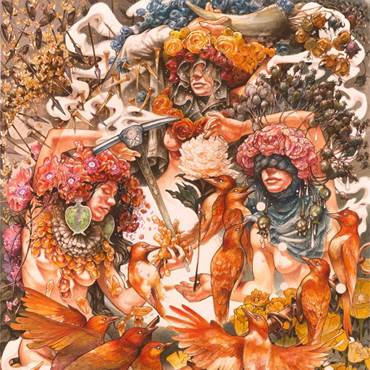 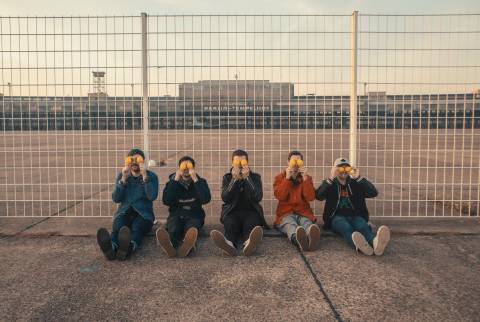 Seaway‘s new album comes with a difference! Fresh Produce will give fans some rare B-sides and alternative versions to their best tracks from their back catalogue on it’s May 19th release through Pure Noise Records!

“Fresh Produce is a release that is somewhat years in the making. It is a compilation of new and old, fresh and reworked. It has 2 brand new singles, a couple reimagined versions of tracks from Vacation, as well as the rerelease of our 2014 EP, All In My Head,”

“We sat on some of these songs for quite a while now, not really too sure what to do with them. It finally boiled down to us wanting to get them out there so we threw them all on one 12” for your consumption. We hope you enjoy Fresh Produce, it’s good for you.” – Ryan Locke (vocals) 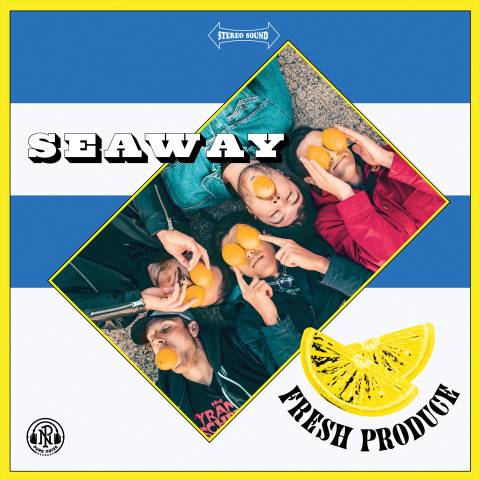 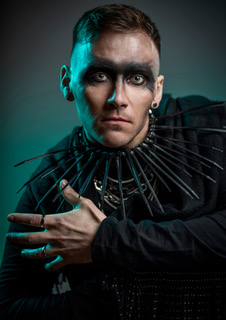 Daniel Tompkins already has his work cut out for him as vocalist for TesseracT and White Moth Black Butterfly but on top of all this, he has found the time to put together his own solo material! Daniel will be releasing debut solo album Castles on May 31st through Kscope, who also handle TesseracT‘s releases.

Castles contains a mixture of elements of relationships, including tragic mistakes, misjudgements and also the triumphs! “Everyone has experiences that are relatable to one another in their romantic relationships. We make huge investments of trust and care and commitment into one another and sometimes they simply fail. In fact, most fail. That said, some survive, thrive and create incredible lifelong partnerships or at least important, long lasting love. But sometimes, we make massive misjudgements of character and the true nature of someone is always revealed over time. Sometimes tragic mistakes, physical or mental abuse, compulsion or addiction are an issue and create irreparable harm to relationships and lives, no matter how in love two people may be. This is the area where the most tragic outcomes occur. The album is somewhat cathartic lyrically but in other areas it explores amazing, victorious, passionate love. A lot of this story is told from the perspective of someone seeking that perfect partnership and the ultimate fulfilment of finding it.” – Daniel Tompkins. 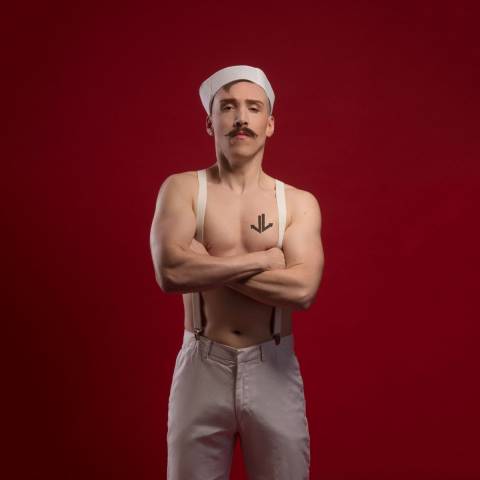 Jamie Lenman, one of rock’s favourite sons, is back with a brand new record! Shuffle is set for release on July 5 through Big Scary Monsters!

“I’ve always wanted to make a covers record. Some of these versions have been in the works for many years, so this was a real career goal for me. I was originally going to do it straight after ‘Muscle Memory’, but ultimately I felt that I needed to press on with another album of originals to fully establish my sound as a solo artist. I think ‘Devolver’ achieved this, making now exactly the right time to get a bit creative.”

“I feel like the phrase ‘covers album’ has become a bit of a dirty word, which is odd to me – they’re a vital part of our musical landscape. Some of my favourite records are cover albums – Annie Lennox’s Medusa, Johnny Cash’s American, even those early records by the Beatles and The Specials were mostly covers, and still utterly their sound. I want to redefine the concept of a covers album – not just lazy sound-alikes of 80s classics, not just ironic metal versions of pop tunes – there’s no passion or invention in that, it’s just a smug joke. I may have covered a handful of childhood chart hits on this album, but I’ve also covered songs by relatively unknown artists, and I’ve covered songs by artists from my local music scene who I grew up with and admire.” – Jamie Lenman 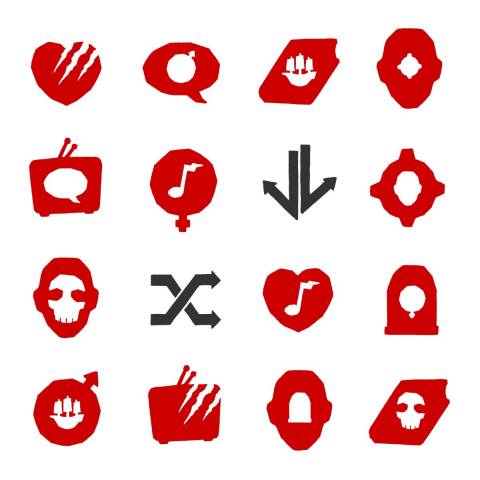 Brightlight City – The Harmony & The Chaos 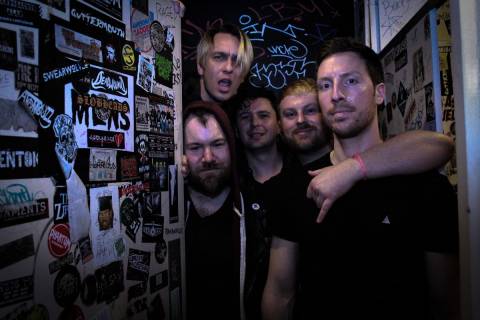 Brit rockers Brightlight City will be unleashing their debut album The Harmony & The Chaos on May 17th! The record will be released through Undead Collective Records.

“The Harmony & The Chaos has a number of themes in every individual song. The title itself was something that we have been using for a while now. For us it started as a description of us live with someone stating ‘you guys sit in a pocket between harmony and chaos’. The more we thought about it the more it made sense with the themes for songs we were writing as well as how we see live shows. It is also a great description of where we are in society and within ourselves skating the fine line between harmony and chaos.” 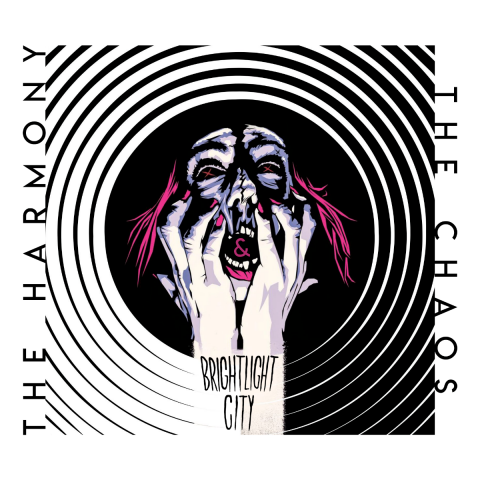 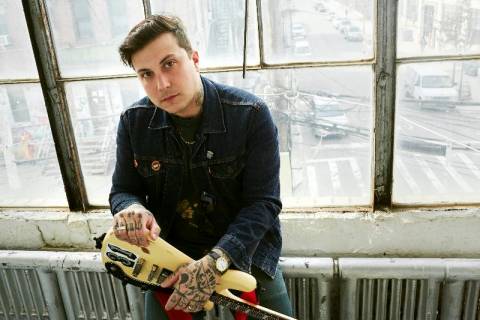 Frank Iero is back with a new band! Adopting the moniker of Frank Iero and the Future Violents, he will be releasing debut album Barriers on May 31 through UNFD! Frank will be joined by his long-time collaborator Evan Nestor, former Murder By Death Matt Armstrong, Thursday‘s Tucker Rule and Kayleigh Goldsworthy (Golds, Dave Hause, The Mermaid).

“It got me thinking about how we set up these obstacles around ourselves. Sometimes they’re for protection and sometimes they’re to keep people out, and sometimes we even set them up so that we fail and we find solace in that failure. But whenever I find something that scares the shit out of me, that’s when I know I have to do it! And so these songs are about experiences that were either walls I wanted to break down or walls that I’d built up around myself in order to protect myself. But these songs were also things that I’d never attempted before but had always wanted to try.” – Frank Iero.