Born from two of the UK’s hottest metal grounds – South Wales and Oxford, Never Found have taken the scene by storm, performing headline tours across the UK, sharing stages with the likes of Aiden, FVK and William Control. The quartet are set to release their new EP The Human Condition on October 6 and we have an exclusive […] 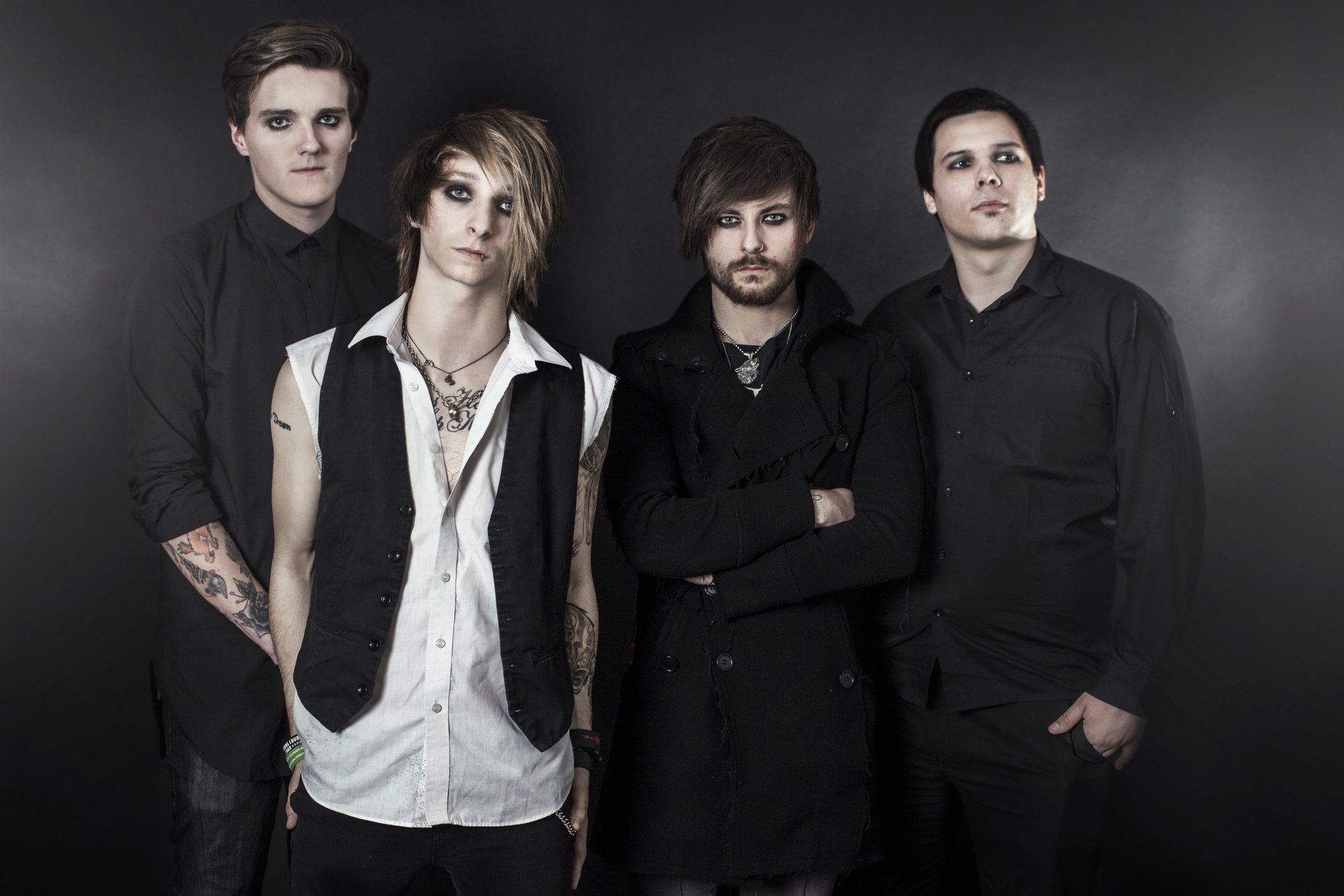 Born from two of the UK’s hottest metal grounds – South Wales and Oxford, Never Found have taken the scene by storm, performing headline tours across the UK, sharing stages with the likes of Aiden, FVK and William Control. The quartet are set to release their new EP The Human Condition on October 6 and we have an exclusive track-by-track feature of the record straight from the band themselves!

The phrase “the human condition” means everything that makes humans what we are like the ability to adapt and build etc. but when I look at the world I don’t see that, I see the people hurting one another over race, religion, gender, sexuality or just because we can. When I think what makes us human all I can think of is violence, lies and covering it all up with self-medication.

The record is kind of based around that idea and an individual’s journey to realising and their internal battle to deal with it so each song on the record kind of has two meanings, their own meaning as a single and how they were written and their place in the story of the record.

In the story of the record ‘Come to me’ is the realisation that everyone has a dark side including yourself and you can blame anyone or anything you want for making you that way but in the end it’s your own demons you have to face and the character wanting to face those demons once and for all. On its own the song it based around somethings in my own life I’m not proud of. Just because you’re a nice person doesn’t necessarily make you a good person.

‘Favourite mistake’ is the character’s battle to change themselves and become the change they believe the world needs to follow. On its own the song resembles a similar battle all of Never Found have faced with substance misuse, I was in and out of counselling for a long time due to alcohol misuse and although I still drink more then I probably should I have managed to get a grip on it and am a lot better than I used to be.

On its own ‘The Monster Remains’ is about being bullied and abused but rather than the usual response of stay strong and move on monster is based around the violent thoughts that being abused can lead to. It’s a song based very much around revenge.

In the story it holds a similar meaning except instead of being aimed at a specific person it’s aimed at everyone it’s the characters song against the world and wanting to destroy everything that has become corrupt and diseased.

‘Anyone but me’ is a song about the masks I believe everyone wears at one point or another, at least I have. It’s that mask that tells everyone you’re fine and there’s nothing to worry about when inside you are drowning and you don’t know why. The song is about being afraid to let anyone see how you are really feeling in case they don’t understand or they don’t like what they see and wishing you weren’t that way anymore.

In the story it’s more about the character not wanting to be the way they are anymore almost wanting to be ignorant to the things they see in the world.

In the story of the record ‘My Grave’ is the character basically falling off the wagon self-medicating and getting out of his own head, he can see the bad side of it but he doesn’t care anymore the devils and temptations are winning the battle.

As a stand -alone song the song is based around a similar idea. It’s based around addiction and knowing that it’s not good but at the same time we are here to live and at the moment this is how we want to live in the least cliché way possible the song is basically a “you only live once” song.

The word misanthropy means a general hatred of mankind and human nature and that is basically what the song is about. In the story it’s the character giving up, the world is sick and it seems futile to try to change it so all you can do is look at it as it burns with a bottle of whiskey in your hand and hate it for what it became. the demons won.

In a sense that’s what the song means on its own as well it’s a song I wrote when I couldn’t see anything good in the world and felt no shame or pity for what was happening anymore it’s a song about feeling hopeless and venting it in a very aggressive way. That is probably why it’s the heaviest song on the record.

‘Afraid’ is the only song on the record that we produced ourselves and it’s a little more stripped down. In the story it resembles the good in the character, it’s faint and weak but it’s still there. It’s that little voice inside all of us that says “don’t give up yet”. That’s why it’s a secret track at the end of misanthropy.

On its own it’s still a don’t give up song but its more for us. Never Found is our dream and its been a hard few years and we may be broke, tired and a little lost but we aren’t giving up yet or any time soon we are here to stay.