Neck Deep have covered Torn by Natalie Imbruglia as part of Hopeless Records’ upcoming compilation album titled Songs That Saved My Life. Check out the comical video here! Frontman BEN BARLOW has commented: “This song is a classic for a lot of people; it’s actually one of my girlfriend’s favourite songs ever, so we’ve listened to it a lot. It clicked that we could cover it one […] 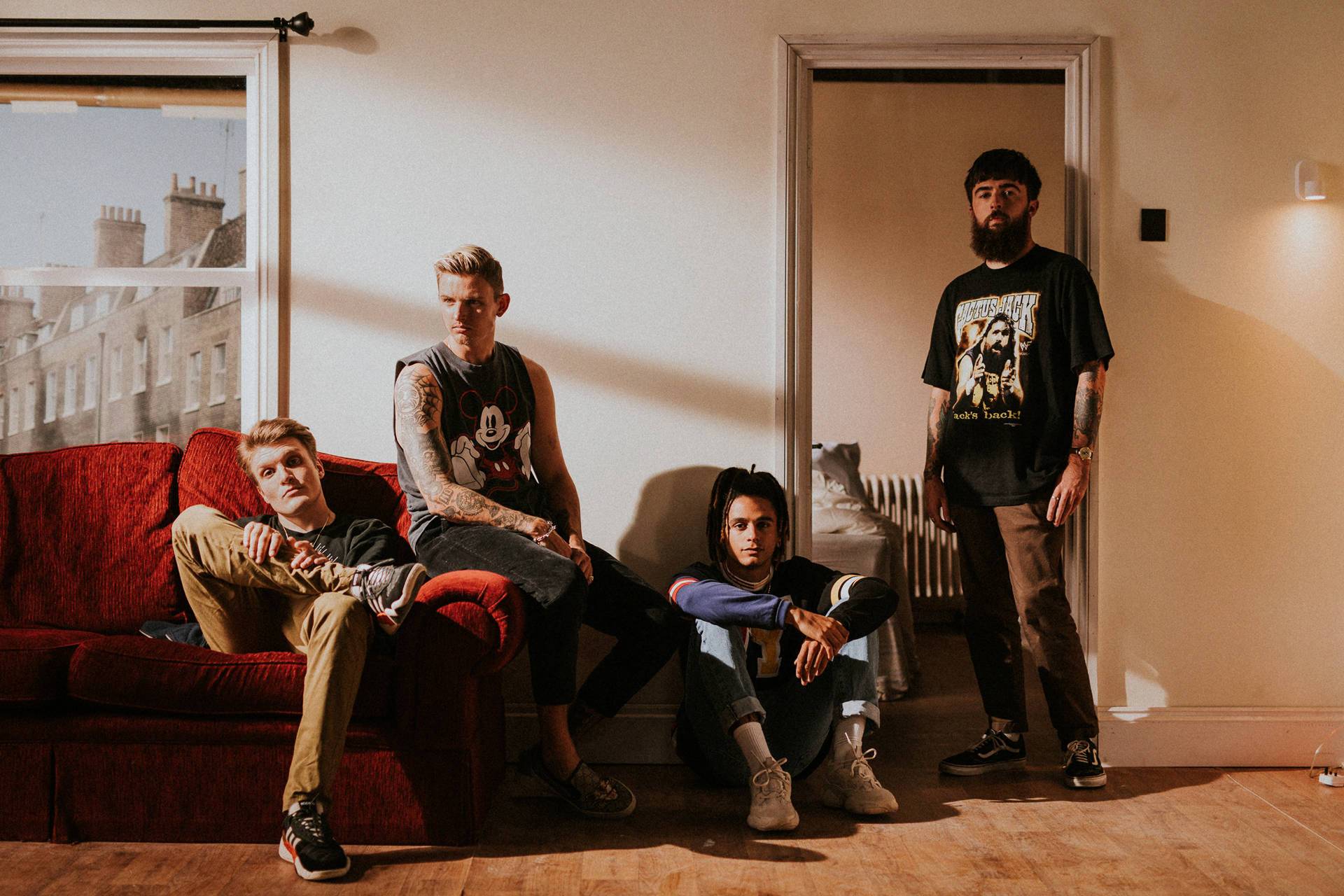 Frontman BEN BARLOW has commented: “This song is a classic for a lot of people; it’s actually one of my girlfriend’s favourite songs ever, so we’ve listened to it a lot. It clicked that we could cover it one day when we were on tour, eating somewhere and it came on the radio. We started singing along and quickly realised this would make an awesome cover, once we’d ND’d it.”

He adds, ”We recorded the song with my brother Seb, and the video rolled round a little while later. Once again we teamed up with our buddies at OWIG and aimed to recreate the original video, but with an ND twist. We scrapped the love element and instead opted for more comedic value. Alongside that, we have a slight narrative where I’m constantly interrupted by the life that goes with being in a band, with me cutting a frustrated figure. It also features some cameos from some of our closest friends in the ND unit! It was a lot of fun being able to cover such a well-known song. Shooting the video was a breeze and as always the OWIG team nailed it.”

The album will be made of up various artists and can be pre-ordered here https://www.hopelessrecords.eu/hlruk/various-artists-songs-that-saved-my-life-vol-1-2-lp.html

The album will also be benefiting mental health and suicide prevention charities, a portion of the proceeds being donated to Crisis Text Line, Hope For The Day, The Trevor Project, and To Write Love On Her Arms.

The track listing is as follows:

Side B
4. Dance Gavin Dance – Semi Charmed Life
5. Against Me! – People Who Died
6. Taking Back Sunday – Bullet With Butterfly Wings

Side D
4. Too Close To Touch – Let It Be
5. Dan Campbell & Ace Enders – Broom People
6. The Maine – Transatlanticism