Our Monday Motivation playlist gives you some of the best new singles to kick start your week!

The Bottom Line – In Your Memory (acoustic) 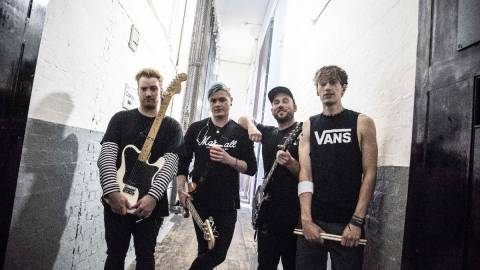 Vocalist Cal Amies said: ‘In your memory was originally the chorus for ‘Reasons! We decided it didn’t fit as well as it could, and I had another song which was unfinished, so we matched the two tempos and boom! That made ‘In Your Memory’! The lyrics are about when I would go through stages of super unproductiveness – I would sit in my room and shut out the world, and reminisce about better times.”

Adding onto the idea of the now acoustic, Tom Newton said: “This song was an obvious choice to us lyrically and musically. Playing it live is always a highlight of our set and hearing how people connect to it made it an easy choice when picking some songs to strip back. It’s honest and is everything we stand by as a band” 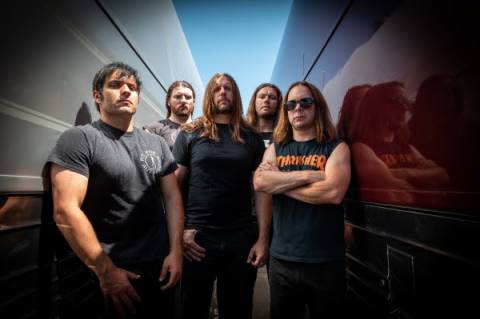 Unearth have launched their video for new single Sidewinder! 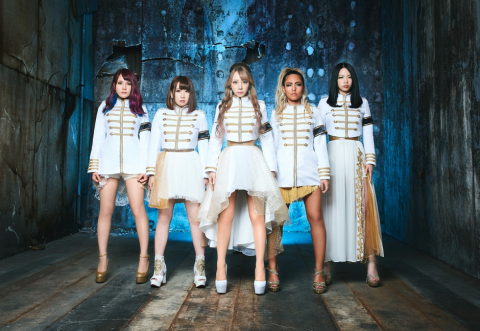 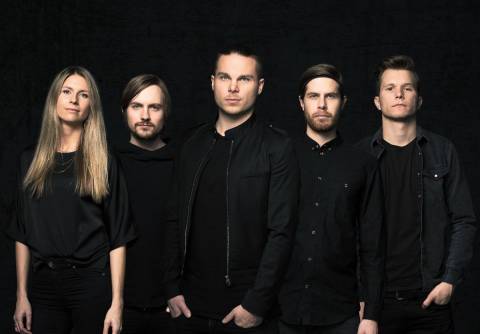 Norwegian prog metallers Rendezvous Point have revealed a bonus track from their latest album Universal Chaos! The Pursuit is their fab new single! 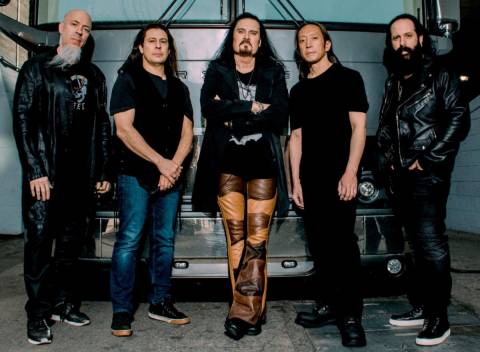 Dream Theater have unleashed their new single At Wits End on the world! 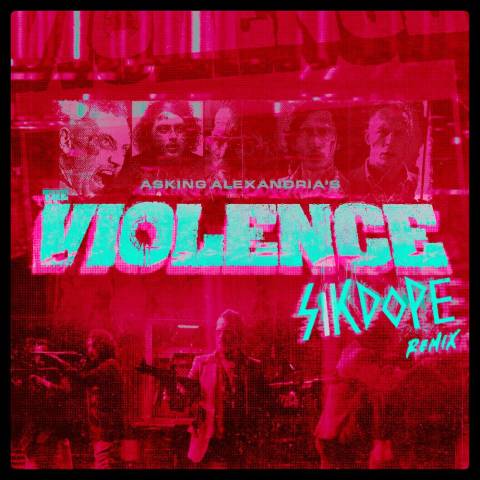 Sikdope says: “I’ve been a fan of Asking Alexandria for as long as I can remember. They’re also great friends of mine, so of course I was thrilled when they asked me to remix “The Violence” (also one of my favorite tracks this year). I sang in a rock band as a teenager so remixing this track felt like second nature to me; I got to go back to my roots but also showcase the evolution of my sound. This remix feels like such an accomplishment for me because when I was in a band as a kid, my dream was to have a release on Sumerian… now I’m on it as a DJ.”

Adding to this, Asking Alexandria guitarist, Ben Bruce says: “I’m a firm believer that the best collaborations come from when artists come together through a true and real connection. A great collaboration can’t be forced, they are born from a mutual respect and passion. In this case Sikdope and myself had been friends and mutual fans of each other’s work for many years prior to this collaboration. We went out for dinner one night and decided, spur of the moment, to collaborate! I’m so excited that we finally got to work together and through combined efforts have created such a MONSTER of a tune!” 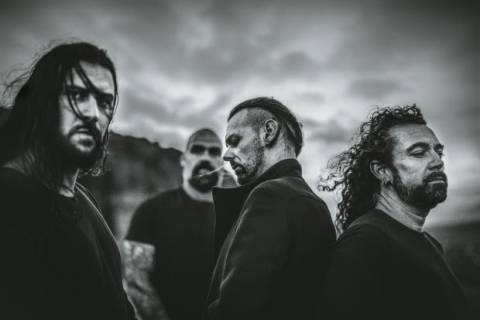 Svart Crown‘s new single Thermageddon is here and its brilliant!

Band leader JB Le Bail comments: “We are again pretty excited to reveal the first track of our new album “Wolves Among The Ashes”, ‘Thermageddon’. It was the first track we wrote for this album, and it shows a certain desire to come back to the blackened death metal we loved in the late 90’s: uncompromising, direct and with no superfluous element.But we cannot ignore that some doors were opened on our past releases and I am pretty sure that everyone is going to be surprised by what will happen next…This time, too, everything has been under the supervision of our Nganda “Francis Caste”, who captured our best sound production to date.Last but not least, Dehn Sora gave us the perfect post apocalyptic vibe that this album needed. 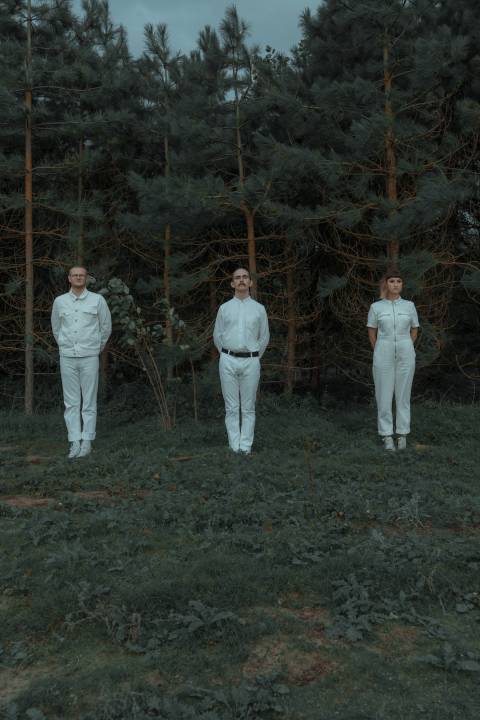 The band’s Peter Harrison said: “‘Nuthin Gud’ is about having a distance from yourself. Grappling with your egos; trying to decipher not just which are healthy and which aren’t, but which are true to your ‘core’. It’s a bit of an anthem, which I’m not super into the idea of, but…you can’t help what comes out, so here it is.”The atmospheric and haunting video for the single is a tangible step up for the band in their creative ambition, partly courtesy of director Liam Powell, who says of the shoot: “We wanted to emulate a cult narrative without it becoming too plot-driven. We used some beautiful anamorphic lenses to add a unique perspective which I think is especially noticeable in the forest scenes. The video feels uncomfortable to watch because it was uncomfortable to make—seeing Pete warn dog walkers that we had loose pig meat on the ground only added to the surreal experience of the shoot.” 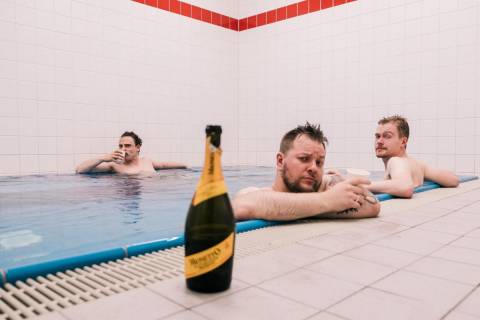 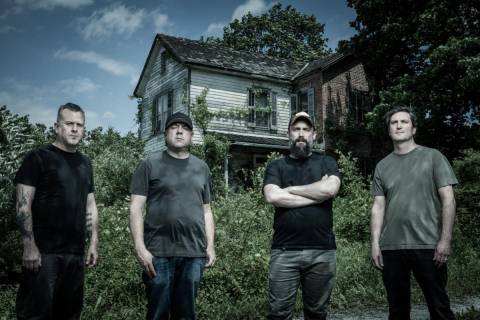 The band’s Jean Paul Gaster said: “Growing up it was hard not to hear CCR’s Fortunate Son on the radio, on TV, or even at the county fair. The groovy backbeat and sloshy hi hats that introduce John Fogerty’s timeless lyrics written so many years ago could be found everywhere. While it may be true to say that Fortunate Son could be seen as a political song we think it’s bigger than that. For us Fortunate Son is an inspirational song. For that reason we’d like to dedicate the song to the most inspirational person we’ve ever had in our lives, our late manager Jack Flanagan. Jack Flanagan was no Fortunate Son. He worked tirelessly and passionately all the while keeping a razor sharp sense of humour until his last days. Thank you Jack for making us better than we ever thought we could be.”