Here at Alt Corner we love discovering new bands and sharing our finds. To help you find your new favourite band or someone to add to your playlist, we’re launching our band of the month feature. First up, Miami Monroe! Miami Monroe are an old school pop punk band from Glasgow, Scotland. The guys got […] 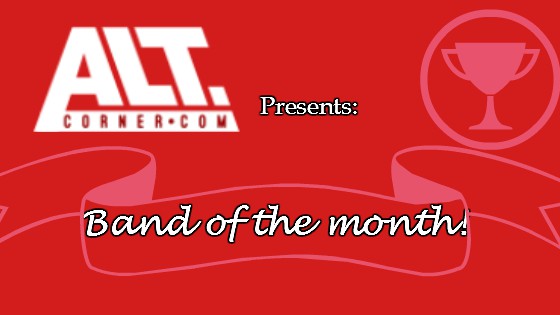 Here at Alt Corner we love discovering new bands and sharing our finds. To help you find your new favourite band or someone to add to your playlist, we’re launching our band of the month feature. First up, Miami Monroe!
Miami Monroe are an old school pop punk band from Glasgow, Scotland. The guys got together back in 2014 and have been releasing music since. The band have released a total of 2 EP’s so far, the first EP features 4 songs and was released in April 2015. The second, most recent EP released February 2017 features a total of 6 tracks.
People should check them out as they are hitting the UK by storm after going out on their first tour February 2017 and having fans await them in towns and cities such as NewCastle and York. The guys are starting to build a fan base and it keeps on growing, playing bigger stages each month they are sure to take off. Having influence from Green Day and Blink 182, the band resemble a mix of both bands which is appealing to all you lovers of 90’s punk/pop punk.
The band answered some questions for Alt Corner, here’s what they said:

Describe yourself in 3 words for people that don’t know you:

What band/album made you want to get into music?

Jordan – McFly, Room on the 3rd floor
Jamie – Costello Music by The Fratellis
Brendan – No particular band or album made me get into music. I always liked listening to The Offspring as a kid. I think it was “All I Want” which I heard in the game Crazy Taxi. I would listen to Busted and McFly as well when I was younger also
Stuart – Green Day, first album I heard by them was International Superhits. Changed the total game, until American Idiot dropped anyway
Jonathan – Blink 182/Take off your pants and jacket

What was the first gig you attended?

Jordan – McFly, Glasgow SECC
Jamie – Live 8, The Final Push in Edinburgh July 2005
Brendan – The first gig I ever attended was Of Mice & Men gig at The Glasgow Garage when I was 18. I just didn’t really know much about the live music industry when I was younger and the opportunity had never arisen. But of course, now I know what it is all about, I’m never away from gigs and gigging is so much fun!
Stuart – Red Hot Chilli Peppers at Hampden Park on the stadium Arcadiam tour!
Jonathan – Blink 182 @ SECC 2012

If you could only listen to one album forever, what would it be?

Jordan – Foo Fighters, Greatest Hits
Jamie – Free Me by Emma Bunton
Brendan – “Miami Monroe EP” of course.. Nah I’m joking. I love Green Day’s Dookie album. I could listen to that on repeat.
Stuart – Ehhhhhhh…. The 59 sound by the gaslight anthem. Or maybe the Clash’s self titled? I dunno
Jonathan – Susan Boyle, Hope

What is the best thing about being in a band?

Jordan – Best thing about playing in a band is performing live and connecting to so much people around the world
Jamie – The sheer ecstasy of hearing everyone’s individual efforts coming together to make beautiful music out of nothing
Brendan – Sharing the experience of writing and music and touring with the best guys in the world! I wouldn’t change it for anything
Stuart – Playing live. Being on tour was the most fun I’ve ever had. No worries, no shit to deal with, just good times and music! That and grafting on new songs, can get tedious but see when it all comes together and everyone gets a feeling of just like “aye this is banging”, it’s a feeling you can’t describe
Jonathan – Seeing each other’s willie’s, but to be serious, playing gigs and hearing people cheering is awesome!