A Love Letter To The Vaccines.

It’s February, the month of love, and here at Alt Corner we want to express our love to our favourite bands. This time it’s the turn of Chandni telling us why she loves The Vaccines. Dear The Vaccines, You guys are my favourite band, and have been since early 2011 when I heard ‘Wreckin Bar’ for the […]

It’s February, the month of love, and here at Alt Corner we want to express our love to our favourite bands. This time it’s the turn of Chandni telling us why she loves The Vaccines.

You guys are my favourite band, and have been since early 2011 when I heard ‘Wreckin Bar’ for the first time. You introduced me to bands like Spector, San Cisco, Temples, The Walkmen, and As We Are, which I am eternally grateful for.

Your debut album: ‘What Did You Expect from The Vaccines?’ is a great album, and I expected nothing less. It’s one I always come back to, and never get sick of. ‘Come of Age’ (my favourite Vaccines album) saw you mature, explore new ideas, and feature guitars more prominently. It made me want to start playing guitar again: I started learning how to play ‘Teenage Icon’ and ‘Bad Mood’ pretty much as soon as I heard them. I felt like ‘Melody Calling’ was a good bridge between ‘Come of Age’ and ‘English Graffiti’, which would come during my final year of A-Levels. I don’t think it’s an exaggeration to say I wouldn’t have got through those exams if it wasn’t for that album.

Each album has had some sort of impact on my life, and I can’t thank you enough for writing songs and lyrics I love enough to get tattooed on me. Not all songs are deep and meaningful – but they don’t all have to be. They mean enough to me to hold a place in my heart, and all sound pretty much perfect to me. 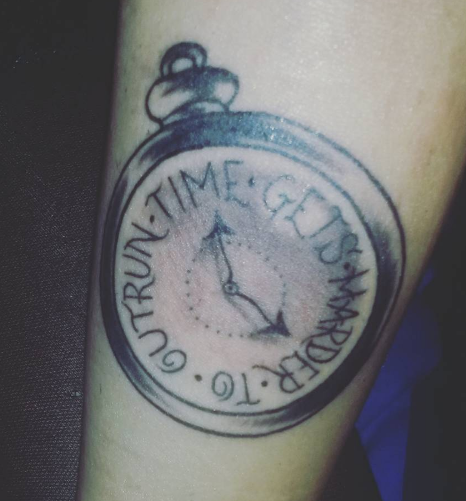 As far as your gigs go, I’ve loved every single one. After missing out on tickets to your Ally Pally show in 2012, I managed to see you at the O2 on May 2nd 2013. It was one of the best nights of my life. Then I saw you at Brixton’s Electric in 2015, and I didn’t think it was possible, but you were better live, and songs from ‘English Graffiti’ went down incredibly well. Your show at the Royal Albert Hall in 2016 was, as always, wonderful, as was your performance at Reading festival the same year. 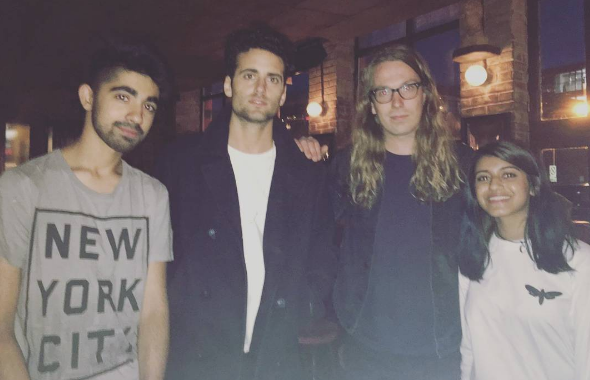 In September 2016, I went to see Spector play at Camden Assembly. As I was sat eating my chips, I spotted Freddie, Arni, and Timothy who had just walked in. I decided that if I didn’t talk to you, I would regret it for the rest of my life. So, with my boyfriend there for emotional support, I walked up to you guys, told you how much I love you. But then, like an idiot, nothing else came out my mouth – which is part of the reason why I’ve written this letter.

So, to my favourite band: thanks for being great, and I’m looking forward to the new songs you’re working on.