Another year of festivals has come and gone and what a year it was. Biffy, Red Hot Chilli Peppers and Foals headline sets at Reading and Leeds, 2000 Trees 10-year anniversary celebrations, Panic! At The Disco topping the bill at Slam Dunk and the likes of Creeper, Moose Blood, Basement and Milk Teeth tearing up […] 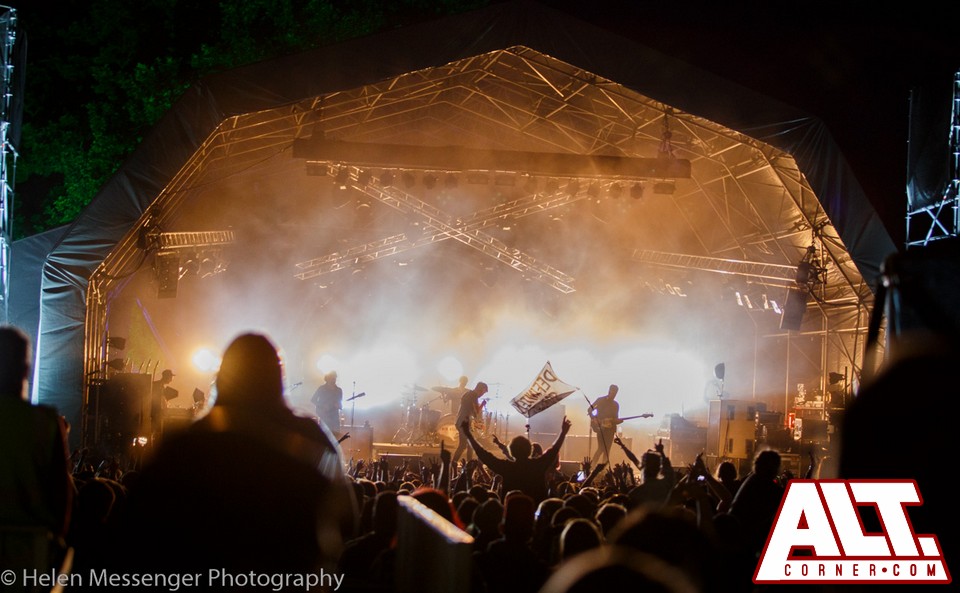 Another year of festivals has come and gone and what a year it was. Biffy, Red Hot Chilli Peppers and Foals headline sets at Reading and Leeds, 2000 Trees 10-year anniversary celebrations, Panic! At The Disco topping the bill at Slam Dunk and the likes of Creeper, Moose Blood, Basement and Milk Teeth tearing up each and every festival they played; there were so many high points.

Here’s what some of us thought of 2016’s festivals.

When you are looking for a festival, there is genuinely nothing better than 2000 Trees especially if the price tag of the larger festivals such as Download and Reading/Leeds is too much to stomach. For mindblowing value for money, you can buy a 2000 Trees ticket and see a mix of the best upcoming bands as well as feasting your ears on the ever-consistent headliners.

This year was my second consecutive visit to Trees and boy oh boy was it fantastic. The vibe at the festival is second to none, I honestly cannot count the amount of times I had lovely chats or laughs with strangers with the sense of community running throughout the two-day event.

My highlights in terms of performances were firstly, The Xcerts. The Scottish rockers have been around for a long time now but they are eventually getting the plaudits that they deserve. To a absolutely jam-packed Cave stage, the band serenaded the crowd with the finest slices from their three studio albums. Another highlight for me, were Basement who have been a band that I absolutely love for a long time but never quite got the chance to see them grace the stage. They flowed through their cult classics and performed the real standouts from their latest album. Lastly, for Trees I absolutely loved seeing Jamie Lenman. The talent and exquisite dress sense this man possesses is truly jaw-dropping and his performance was nothing short of fantastic. He even treated the Reuben fans in attendance to a little cameo of his previous bands’ tracks, what a fantastic treat for all! Shotgun House was truly incredible too!

Heck at 2000 Trees purely for seeing them bring their energy and insane live show to a big stage and to watch them running through the crowd all the time to get to the sound desk as it amused me. Also the noodles at 2000 Trees were the best tasting noodles I’ve ever had!

Panic! At the Disco headlining Slam Dunk Midlands. Brought back some major nostalgia and a great way to end an incredible day with a mass sing-a-long to everyone’s favourite emos.

Handmade – all inside! Lot of bands haven’t seen before highlight was Xcerts
2000 Trees – my favourite festival love the atmosphere and the forest acoustic bit is a highlight. Highlight getting to photograph Heck they are mental

Download Festival – holy crap the rain. For such a big festival never feel over whelmed or intimidated people are usually really nice. Wore wellies and got nasty blisters on the first day so hobbled around for the next 3 days and week after!! Skinny Lister my highlight there.

Truck – pretty much covered everything in my review very charity conscious. Loved the saloon bar Dani Nichols my highlight.

Reading – Fall out Boy were amazing!!!! Nice mix of music and no torrential rain (winner)

My favourite festival this year as a whole was 2000 Trees. It had a wide range of bands for everyone to enjoy, and had such a different laid back atmosphere than any other festival I’ve attended!

One of the most memorable festival memories for me this year has got to be during Biffy Clyro’s set at Glasgow Summer Sessions back in August. I was on my friends shoulders during ‘Machines’ and I looked around at the 35,000 people that were surrounding me singing along and it was such a surreal feeling!

My best moment was probably seeing a packed room for Creeper this year at slam dunk, and how they deserve all of this!

We asked some of you what your favourite moments were & here’s what you had to say.

Rob Escott – The Colour of Vinyl

So much Trees; the food, the staff, the bands, the site….

But then, Biffy tearing into ‘Wolves of Winter’ on Sunday at Reading was my moment of the summer. Utter insanity.

Being on site weeks before setting up with amazing people, does that count?

It’s safe to say that 2000 Trees festival has won out as many peoples highlights of 2016, alongside Biffy Clyro being one of the best live bands on the circuit.

We’re already excited for what the festival season of 2017 has in store.