Brit rockers Last Great Dreamers are back! Announcing their first UK tour since reforming in 2014 as they continue to promote their critically acclaimed 2nd album ‘Crash Landing in Teenage Heaven’. 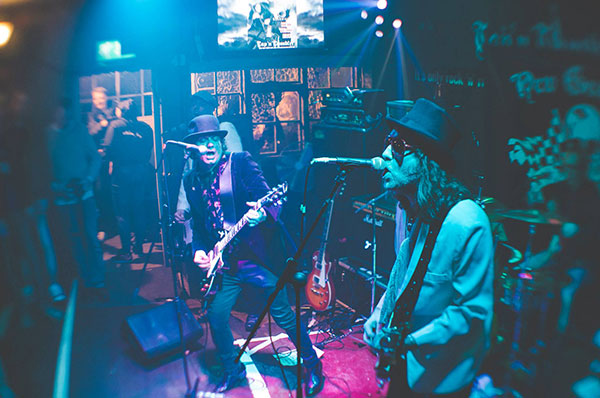 When a band gets mainstream press attention, comes 2nd to Skunk Anansie in the Kerrang! Newcomer awards and flirts with label signings like sweets in a sweetshop, you’d imagine a bright road ahead for their musical careers.

Well for Last Great Dreamers, 1995 was the year they courted fame. However glory turned to tragedy and the band faced contractual nightmares, a changing music industry and personal tragedy, which lead to the bands untimely demise. In 2003, after the funeral of their tour manager, the band decided enough was enough, and parted ways.

In true Rock n Roll style, the Brit rockers Last Great Dreamers are back! Having announced their first UK tour since reforming in 2014. Playing an impressive 11 dates across England & Wales during April 2015 as they continue to promote their critically acclaimed 2nd album ‘Crash Landing in Teenage Heaven’.

Guitarist, Slyder comments on the tour:

“We’ve worked hard getting these dates together, we wanted to try & spread ourselves across the UK as much as we could & are very excited to be properly back on the road again. We are disappointed not to have been able to get further North & into Scotland on this occasion because of logistical reasons but hope to on our next outing.”

Drummer Steve Grainger, a member of Silver Hearts and Last Great Dreamers from 1992 – 1997 will be re-united with the band on the first 8 dates with Ginge taking over for the last 3 shows.

“It’ll be good fun having Steve along for some of the gigs, we’ve had a rehearsal together already and he slotted straight back in”.

Unveiled at a special release party show in Oxford at the end of April, Last Great Dreamers launched their latest single “Supernature Natural” which you can watch here: