LANY have unveiled their latest single ‘Thru These Tears’

LANY have released their brand new single, Thru These Tears, through Polydor and Interscope. This is the first track to be taken from the LA-based indie trio’s second album, Malibu Nights (due later this year). 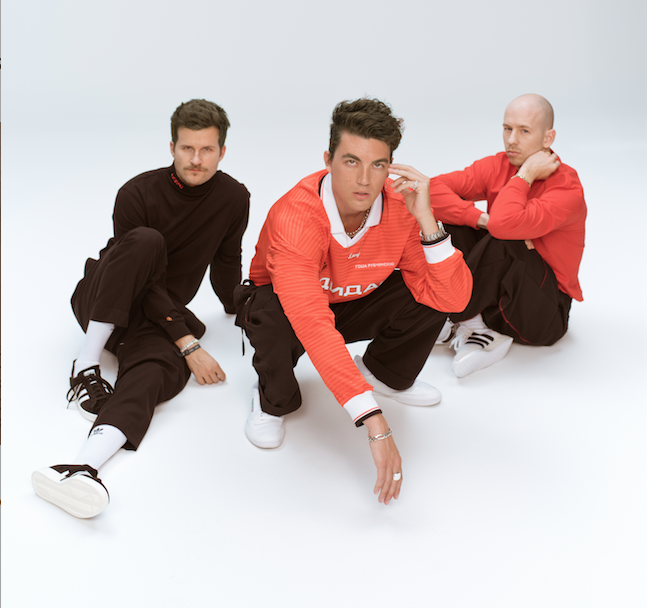 LANY have released their brand new single, Thru These Tears, through Polydor and Interscope. This is the first track to be taken from the LA-based indie trio’s second album, Malibu Nights (due later this year). A euphoric anthem, the song represents a bold step forward for Paul, Les and Jake, an arresting union of indelible hooks and raw emotion. The track was the pillar around which frontman Paul crafted the group’s new record. “It’s devastating but also really hopeful and optimistic,” he says.

The news follows an already massive year for the group, as they embarked on more North American headline shows, supplemented by a round of appearances playing Main Stage at all the major U.S. festivals (incl Coachella), and they continued to break their own ticket sales records traveling for a month in Australasia. Their Governor’s Ball set back in the US was met with high praise by Rolling Stone, crowning the group “The Best Stage Presence,” and lauding LANY’s star power as “out-of-this-world.”

Thru These Tears was born out of a pivotal time in Paul’s life. Resolving to throw himself into a new creative project, he set aside 50 days to write material for the new LANY record, despite the fact the band had only just finished touring 2017’s breakthrough self-titled debut, which saw them play 135 shows in a year and reach arena status in some parts of the world. Paul discusses how he used writing as a form of inner-therapy and came out the other end with an album written top to bottom – “a cathartic experience,” he says. After the writing was complete, the band went into the studio in May to start producing.

Throughout sessions for the album, Thru These Tears became the track that the band would continually return to first, to hone and tweak. “It was a real labor of love but we got it there and I’m really proud of it,” says Paul. It is the definitive statement of a band with a clear vision, who are starting to match their songs with the grand ambition in their minds. It’s an exhilarating pop banger with a fragile heart.
LANY are primed for a thrilling and dramatic second act.