Jasmine Rodgers’ debut solo album Blood Red Sun channels her gift of narrative storytelling into eleven concise songs that explore the emotional hinterland behind all of our thoughts and deeds. 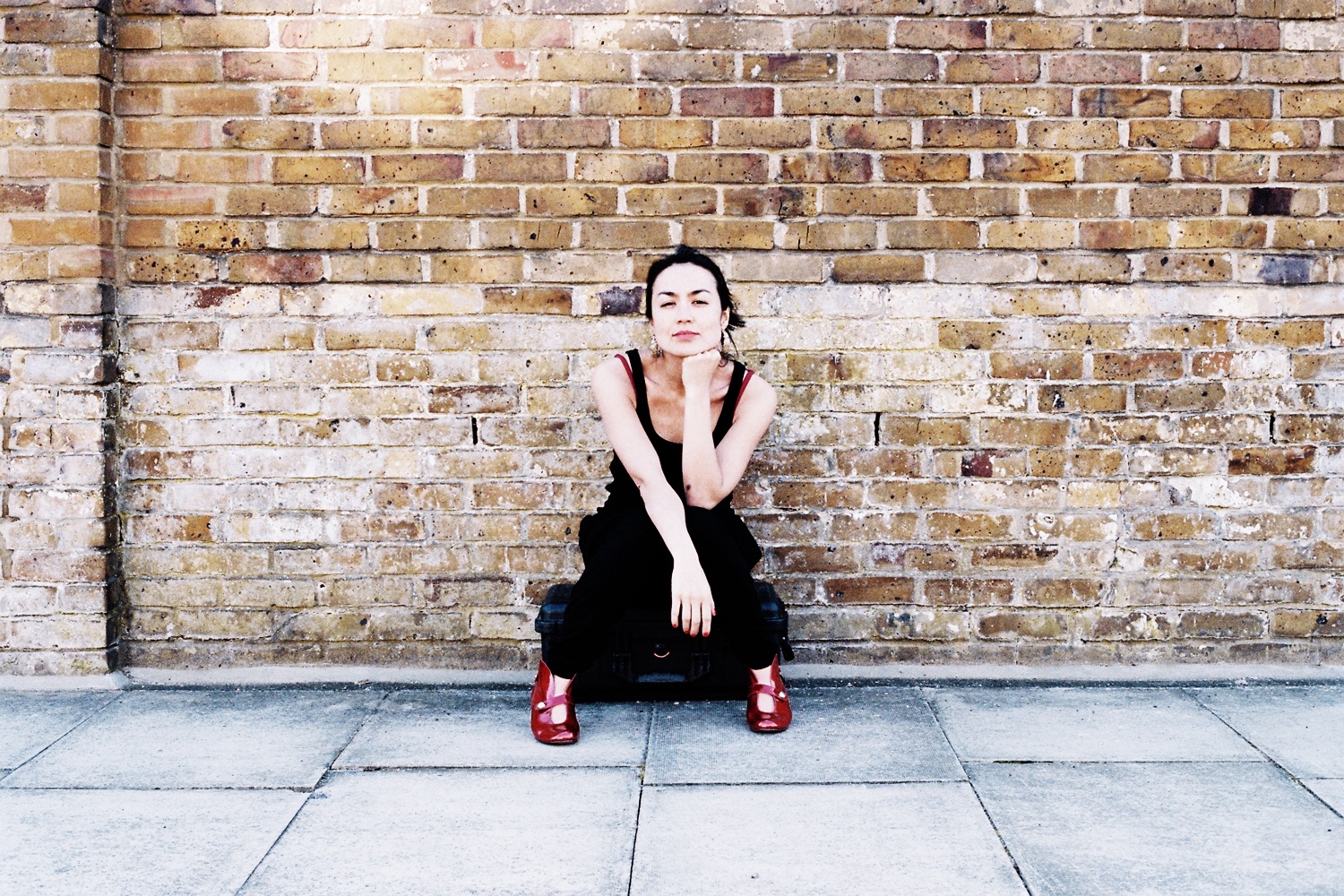 Jasmine Rodgers’ debut solo album Blood Red Sun channels her gift of narrative storytelling into eleven concise songs that explore the emotional hinterland behind all of our thoughts and deeds. It’s a folk album where, like Joanna Newsom, Rodgers’ assumes a variety of different masks. Whether it’s the bawdy lover amusing herself with lascivious fantasies as she watches her lover sleep, or the mystic bard piping songs about the transformative power of music itself, Rodgers’ natural gift for poesy and her depth of feeling stand front and centre in a beautifully rendered debut LP.

Born into an artistic family – her mother a Japanese poet, her father the legendary vocalist Paul Rodgers (Free, Bad Company, Queen) – Jasmine Rodgers knew her way around both keyboard and fretboard before she even enrolled at secondary school. But given her love for art and zoology (in which she has a degree), music was initially a passionate pastime rather than a full-time pursuit. This changed when her older brother Steve, on hearing the ethereal beauty of Jasmine’s voice, asked her to sing with him and they formed the group Boa. Boa went on to record two albums, achieving renown in the Americas, France and Japan, after their single ‘Duvet’ featured in the anime series Serial Experiments Lain. The group disbanded in 2005, but Jasmine continued her association with the anime/manga genre, writing songs for the soundtrack of Armitage: Dual Matrix, which starred Juliette Lewis.

Jasmine continued rehearsing, writing and recording, releasing an EP of self-penned alt-folk nuggets and collaborating with artists including Indian classical musicians Mendi Mohinder Singh and Waqas Choudhary. She found inspiration for new material in the exploits of her travels (live performances led her from the Royal Albert Hall to the Venice Biennale and the Edinburgh Fringe). It was one such journey to the Joshua Tree desert in California that inspired Jasmine to capture the best of her material on a full-length album. She enlisted producer Sean Genockey (Tom McRae, Futureheads), whose experience working at Joshua Tree’s Rancho de la Luna studio made him ideal for bringing forth the material’s widescreen yet rootsy vibe. Blood Red Sun, to be released later in 2016, was recorded at Black Dog Studios in London and is the sound of an exceptional artist drawing deep from global musical experiences to craft a set of inventive, euphonious 21st-century folk.

11 – While You Were Sleeping