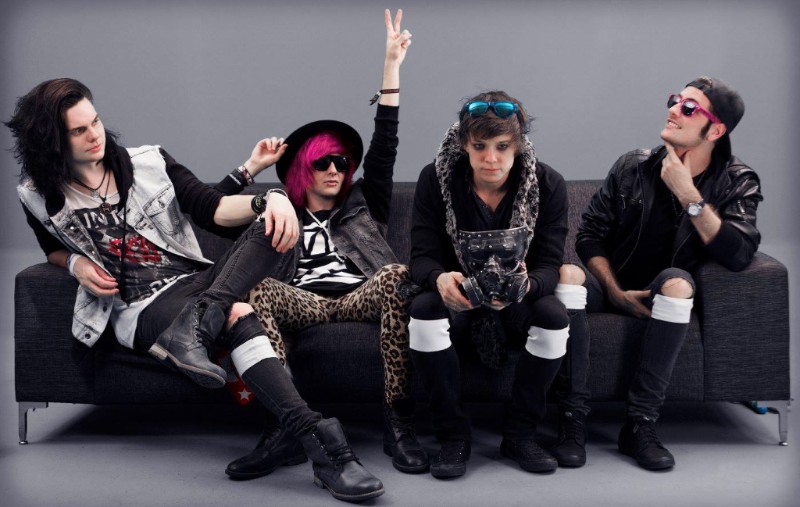 Think Asking Alexandria meets Black Veil Brides, coated with some Set It Off style hooks/ choruses and that’s Cape Town’s exciting anthemic rock quartet Set For The Sky. This spring they introduce themselves to the UK with a new single and accompanying music video for ‘Left Behind’, taken from their 2015 album release ‘The Machine’.

“We just want to make our parents proud and stick it to the teachers in school who said we’d get nowhere doing music.” – claims front man James Roberts.

Known for their energetic and theatrical live performances at home, the band are excited to bring their addictive sound to our UK shores. After playing various shows and festivals, the band picked up endorsements with South Africa’s largest music distributor Paul Bothner Music, which includes ErnieBall and Zaildjian brands.

James discusses what we can expect from the new release; “The new single is about a character who foresees the forceful invasion of their home by The Machine. They warn everyone to flee but in the process gets left behind themselves. The protagonist is captured and imprisoned but escapes and vows to take revenge on the force that is The Machine.”