It has been a fast ascent for Newcastle based Club Paradise, having released their debut single in July of last year the band have already gone on to share the stage with Saint Raymond and Larkins as well as picking up early attention from the likes of Clash Magazine and Shortlist, who named the band in their Artists To Watch for 2019. With heavy rotation from BBC Introducing and a slew of confirmed shows in their hometown, Club Paradise now come through with their latest single ‘Kirby Keger’. 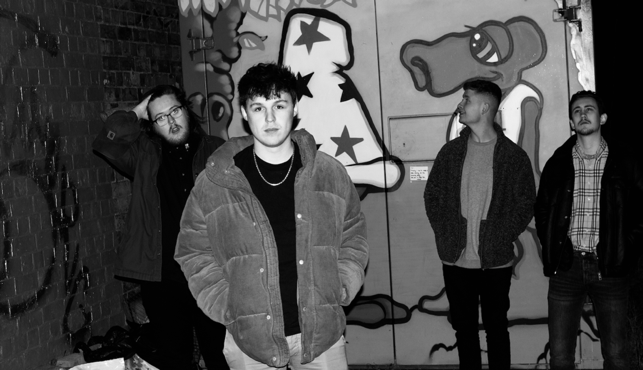 Made up of school friends Ryan Young (vocals/guitar), Jackson Vert (lead guitar), Harry Webb (bass) and Nathan Hogg (drums), the band’s third release is heavily influenced by the film St. Elmo’s Fire and lead character Kirby Keger, Ryan explains “to me his character is wonderous and he says: “Remember that sign that said knowledge, art, religion, life?’ And that sentiment just draws perfectly with what’s behind the song.”

Citing the likes of Foals, Sundara Karma, Peace and The Amazons as influences, the young band are quickly defining their signature sound with dusky synths and massive levels of melodic prowess that complement their indie roots. Club Paradise emerge fully formed and fully conscious, with a track that is reminiscent of an 80s Sunset Boulevard movie montage.

Speaking on the track the band state “Kirby is the full picture, its wonder turns into drama and its highs into lows, from running away from real life into a windswept crush to the apparent circumstances of staying up all night needing to escape. It resonates. So when anyone asks why you do what you do, Kirby is our way of saying fuck it, you did it for you and that’s not selfish – that’s OK.”