Introducing Hannah in the Wars

Songwriter Hannah Curwood originates from Otago in New Zealand. Now based in London, Hannah in the Wars is a new project, the result of working alongside Roger O’Donnell of The Cure and a handpicked group of musicians. 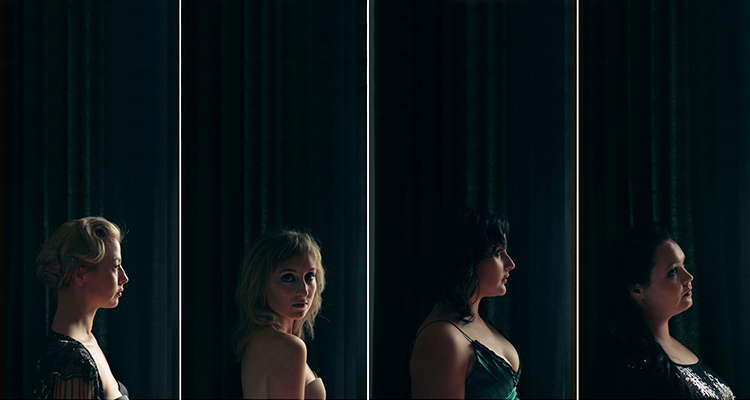 The amazing performances and arrangements somehow pull you in and take you somewhere else. Somewhere Hannah has been but you haven’t, she shares her secrets and tells her stories. Its been a pleasure and a privilege to work with her.
Roger O’Donnell, The Cure

Songwriter Hannah Curwood originates from the stark, remote region of Central Otago in New Zealand. Now based in London, Hannah in the Wars is a new project, the result of working alongside Roger O’Donnell of The Cure and a handpicked group of musicians.

O’Donnell has supported the band by providing his country home studio as a recording base, and lending guidance with vocal performance, arrangements and his expertise in synth programming.

Explaining how the songs came to be, Hannah says “This album was written amidst a complex tapestry of events.  A profound existential, spiritual and psychological crisis of a family member, terrifying, brutal and bewildering in intensity was accompanied by the agonising death knells and eventual shattering of a romantic relationship that had spanned many years, the deconstruction of a home.

This as the rumbling, groaning earth broke up under one of our cities.  I remember hearing about the first big earthquake on a grey, humid Auckland day and feeling as if time suddenly stopped and was stretching, creaking, tearing at the edges. I went home that evening to a desolate, empty house and wept for the people of Christchurch, for my own grief, chastising myself for having the audacity to cry over an insignificant personal miasma when people a few 100 km away were lying dead, dying, searching for loved ones amongst the wreckage of multiple lives.

But this is how we work, in infinite ways, against infinite backgrounds we function.  We grieve, we process, we grow and we continue on in our inexorable march, sometimes dragged kicking and screaming, sometimes passive travellers dreamily coasting with the current.”

Hannahs previous releases, Sky Above, Horse Below (2007) and The Blind Love EP (2009) both received resounding critical acclaim, with tracks such as the murder ballad It’s Been Snowing All Winter showcasing Hannah’s use of dark lyrics, twisted imagery and ethereal melody, earning her a place as one of New Zealand’s celebrated alternative folk writers.