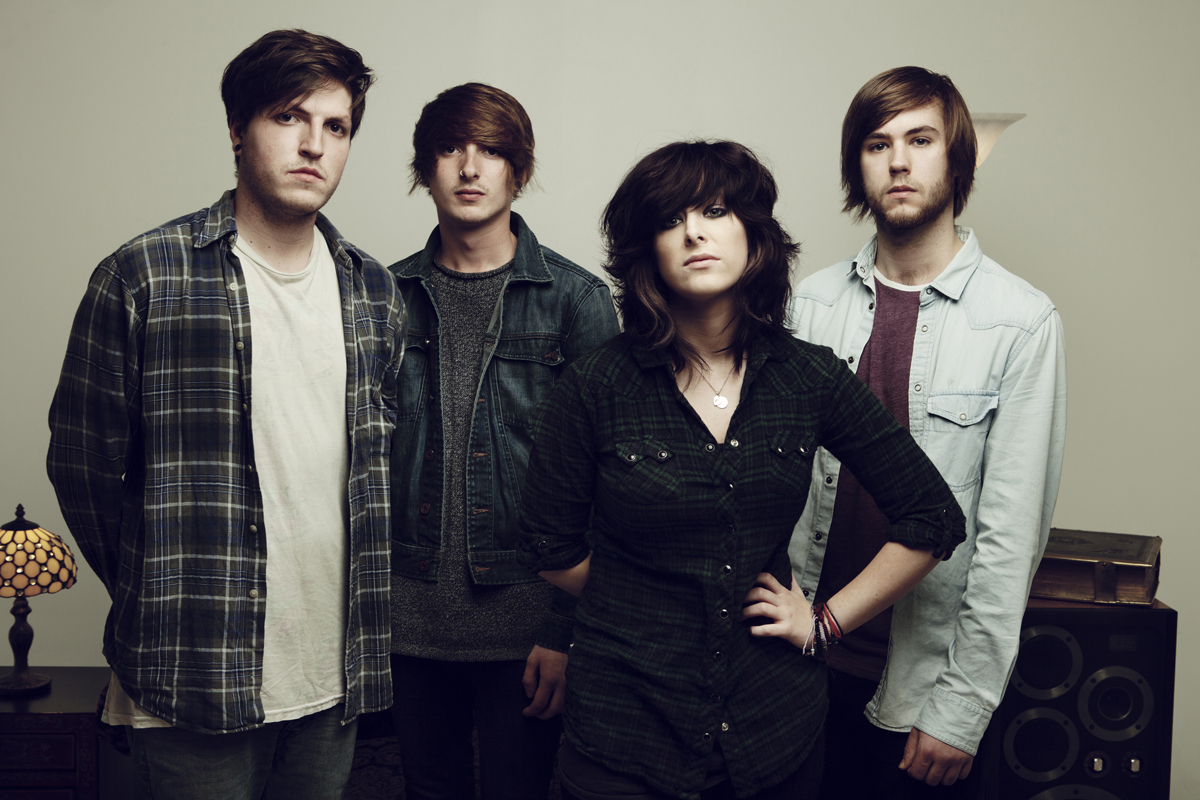 A fresh start indeed, ‘Stranger Times’ marks the band’s first new music since their 2011 ‘You Call This Freedom’ E.P, and Fake The Attack – completed by vocalist Ashlyn Marshall, drummer James Heffy and bassist Matt Thorp – have spent the years in-between pouring all they have into the album’s creation: “The album title is a representation of what it was like to make this album, and the story of our lives surrounding its creation,” details Callum; “They were strange and straining times, but I do feel that the trials and tribulations we encountered personally and on a collective level really helped to mould the songs and the air of the album. I feel it really has a profound attitude.”

An energetic and diverse work bristling with ideas and ambition, ‘Stranger Times’ hops from rock to pop and back again, embracing sparkling synths and subtle electronics along the way, like the soundtrack to a gothic fairy tale. Ashlyn Marshall’s powerful delivery soars atop FTA’s textured terrain, offering up impactful choruses and melodies that twinkle in the album’s dark corners in equal measure.

“Our music has changed as we have changed,” says Callum. “This album is about coming of age and realising that the world, as beautiful as it is, isn’t as beautiful as you once thought. But you have to embrace that change whilst not letting go of what matters.”