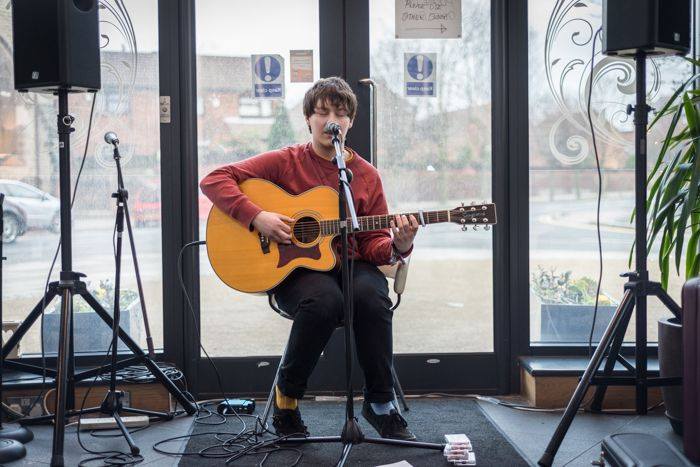 Emilio Pinchi shows the depth of solo-performing talent we have in Liverpool, possessing some fine tunes Bido Lito!

Influenced by the likes of Elliott Smith and The Antlers, Liverpool based Emilio Pinchi carves his own perspective on folk-punk, offering a stark, honest outlook on everyday life.

Having racked up performances around the Midlands and North West, Emilio’s music has been aired on BBC Introducing and other independent stations, and he has recently performed live sessions for both BBC Merseyside and BBC stoke.

Staying true to his roots, 2014 saw Emilio release Trying Man, a track he produced in his kitchen after shunning established studios for a DIY approach. The lo-fi record has since grabbed the attention of the Liverpool music scene, and has garnered positive opinion from Bido Lito, amongst other blogs and reviewers.

The latter half of the year has seen Emilio quietly cause further excitement, playing a plethora of unique shows which have included a support slot with Nell Bryden at The Arts Club, an appearance on Bay TV Liverpools televised launch show, and even a live performance on a moving train.

Emilio will spend the first half of 2015 working on a compelling new project, which will involve the recording and release of new material in a truly singular fashion.