Chanel Samson’s ‘The Beginning’ EP is inspired by this Californian girl’s time in Liverpool, the men in her life, her friends, and one particular doomed relationship with Matthew. 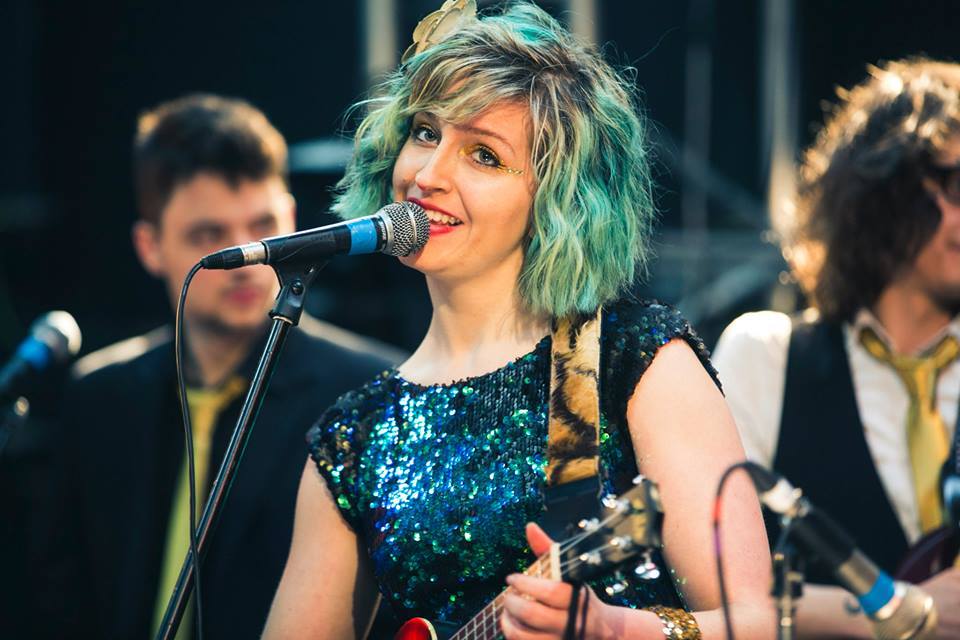 Chanel Samson’s ‘The Beginning’ EP is inspired by this Californian girl’s time in Liverpool, the men in her life, her friends, and one particular doomed relationship with Matthew. The track ‘F U Matthew’ documents the doomed love affair but it’s as cheerfully upbeat and irreverent as Chanel herself. Her lyrics are biting yet playful, and her delivery is tongue in cheek and knowing, allowing her to explore the darker aspects of relationships without ever losing that Californian sunshine smile.

‘The Beginning’ EP was recorded and produced by Felix Hagan, lead singer and songwriter of Felix Hagan and the Family. Chanel met Felix last year and was initially drawn to his black and white striped leggings and theatrical performance, knowing immediately they’d get along well. Together they are keen to establish Circus Rock as a solid genre. Chanel says “The sound Felix brought to the EP is exactly what I wanted with rock guitar and quirky instrumentation. I used my horn players at LIPA and he recorded everything else at his studio in Manchester.”

Tracks from ‘The Beginning’s are currently being played on radio stations across the UK, Europe and America as well as attracting positive reviews from a huge range of media outlets. Chanel also has a very large following across the north west of England as she brings some of her West Coast sparkle to Liverpool’s vibrant music scene. In the past year, the Chanel Samson Circus has performed at The Kazimier, East Village Arts Club, Parr St Studio 2, and Zanzibar to name just a few, showering her audience with glitter and showcasing burlesque, poetry, music, dance, juggling, magic, fire dancing, and acrobatics alongside her music.

Looking forward to taking her Circus to Beatherder Festival this year, Chanel says “I’m an entertainer through and through. When I perform I want to give people a real show! My target audience is anyone who’s ever felt left out or different. I give them a home, I give them acceptance and a group to belong to under my circus tent.”