6ft 7 frontman Dave Grunewald stands as the obelisk of German melodic metalcore quintet Annisokay. His screams are unrelenting and guttural, interweaving with the heartfelt melodic vocals of guitarist Christoph Wieczorek… 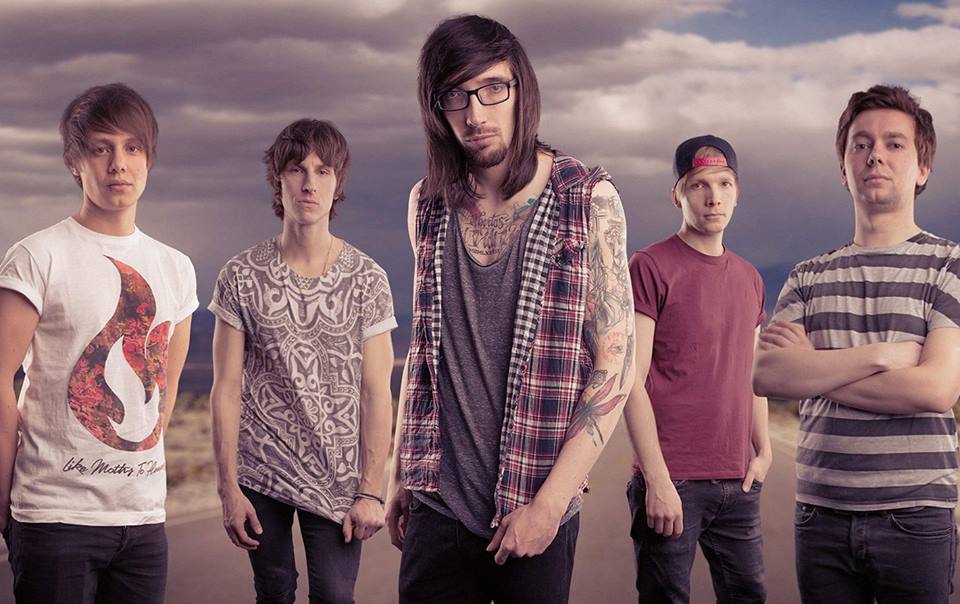 6ft 7 frontman Dave Grunewald stands as the obelisk of German melodic metalcore quintet Annisokay. His screams are unrelenting and guttural, interweaving with the heartfelt melodic vocals of guitarist Christoph Wieczorek. It’s a perfect juxtaposition, and with guitarist Philipp Kretzschmar, bassist Norbert Rose and drummer Daniel Hermann at the behemoth musical backbone of sophomore album Enigmatic Smile, it’s only a matter of time until Annisokay make the foundations of gig venues tremor worldwide.

Enigmatic Smile was released on 23rd March through Long Branch Records. The album title was derived from the 19th Century Parisian tale ‘L’Inconnu de la Seine’, where the body of a young woman was found in the Seine River in 1880. Authorities suspected suicide so, as was customary, the body was taken to a morgue and displayed publicly in the hope that someone would recognise her. The pathologist on duty was so taken by the calm, almost smiling expression that he requested a cast of her face which he displayed decoratively. Her death remained a mystery; however the mask went on to become a fashionable 19th Century ornament with many oblivious to its origin. Enigmatic Smile captures the dark, morbid aspect of ‘L’Inconnu de la Seine’ with its raucous heavy sound, and also mirrors the beauty of the mysterious lady through delicately placed melody.

Annisokay grabbed the attention of metalcore production royalty Joey Sturgis and Will Putney (Miss May I,We Came as Romans,Upon A Burning Body,The Amity Affliction) who went on to produce Enigmatic Smile. Travelling to the USA, the band recorded the album in two phases but manage to create a consistent sound. The album is home to 11 solid tracks by a band who are paving the way for a new generation of heavy music, and inevitably marking a new place for Germany on the musical map.

“It was an amazing opportunity to work with our favourite producers. As we had previously produced everything ourselves, we were cautious about having someone else tell us how to make our songs, songs that we’ve worked really hard on for a long time. Will and Joey each produced one half of the album – it was interesting to see how differently they work and what they bring to the table. Both of them have their own style which you can hear in the first and second half of ‘Enigmatic Smile’. They brought the material we had written to the next level. We knew that working with the best people out there was our only option”

Guitarist and singer Christoph founded Annisokay in 2007, the band name a response to the recurring “Annie are you okay?” in Michael Jackson’s 1988 hit Smooth Criminal. Christoph dived in head first, recording and producing their early tracks and music videos. They have worked their way up by gigging the German circuit relentlessly until they were happy with their sound. Their first release was 2010’s with EP You Always, followed by 2014’s debut album The Lucid Dreamer. This debut landed the quintet a recording deal with German rock industry veterans SPV Records.

Annisokay have since gone on to tour with Silverstein, Blessthefall and Eskimo Callboy, plus appearances at mammoth rock festivals Vainstream and Summer Breeze. In February they embarked on a 15-date German tour with fellow resident metallers Callejon, before wreaking havoc in the UK with their live shows throughout the year.