London based tech-metal quartet Derange are excited to announce the release date for ‘Echo’, the next single from their acclaimed album ‘The Awakening’ on 15 February. 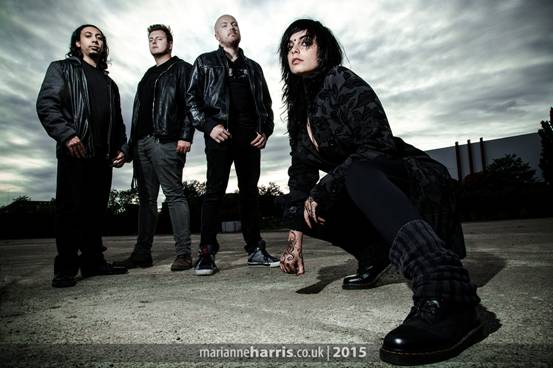 London based tech-metal quartet Derange are excited to announce the release date for ‘Echo’, the next single from their acclaimed album ‘The Awakening’ on 15 February.

Check out the band’s previous video ‘The Thinker’:

Formed in London in 2012, Derange have been slowly building up to the release of their incredible debut album ‘The Awakening’.  Produced by the legendary Russ Russell (Dimmu Borgir, Napalm Death, Sikth, Amorphis, Evile) ‘The Awakening’ is a glorious tech-metal affair, referencing forward thinking bands like Karnivool, TesseracT and Periphery, all topped off by the haunting and powerful vocals of Cat Pereira. Described by Russell; ‘one of the best vocalists I’ve ever come across.’, Pereira is a formidable talent, bringing equal parts aggression and melody to  Derange’s complex and powerful music.
With the singles ‘Ego’ and ‘Unleash’ making their mark soon after the band’s inception, Derange would take their time to produce their acclaimed ‘Change’ EP (featuring the single/video ‘Pretty Ones’)but once release it would bring the band to a much wider audience, garnering national press in the likes of Front magazine along the way.

Since then the band have been hard at work bringing ‘The Awakening’ to fruition, spending long hours under the expert tutelage of Russ Russell, honing their songs into their final form.