British three piece rockers Harbour Sharks have released a lyric video for their storming new track ‘Disaster Artist’. You can check out the song here! 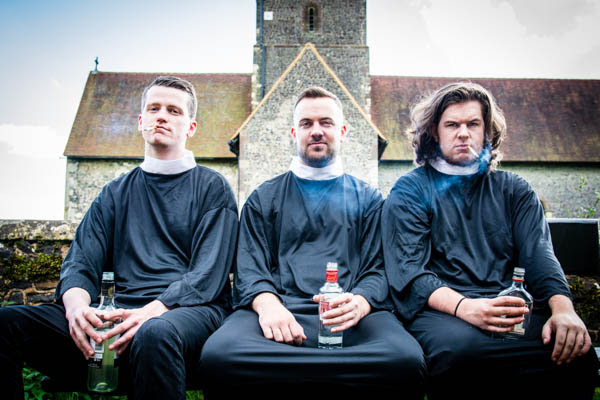 British three piece rockers Harbour Sharks have released a lyric video for their storming new track ‘Disaster Artist‘. You can check out the song below.

Harbour Sharks  formed in Surrey in 2015, and has created a unique sound incorporating big guitar riffs, groove-laden drum beats and melodic vocals. The band  have been playing shows up and down the UK all year, and released their debut single and video ‘Alive To Survive‘ in July. Harbour Sharks have an upcoming show in Kingston, catch them on the 14th of November at The Fighting Cocks.

Harbour Sharks are set to release their debut EP in 2016, followed by a UK tour. The band have this to say:“We are gearing up for the release of our first EP in early 2016. Musically it’s going to be aggressive and hard-hitting while lyrical themes will be focusing on the state of the country and our own personal experiences. We feel it’s best to write about what we know, and we can’t wait to share it with all of you!”