Half Sight Speak About Debut Album!

British melodic hardcore outfit Half Sight have confirmed that they will be releasing their first full length album via Spoken Records UK on the 26th of September. This is a digital release and will be available to download/stream from all major online stores, including iTunes & Apple Music, Spotify, Amazon and Deezer. The band have also confirmed a tour around the release to celebrate and will be revealing more information on that soon. 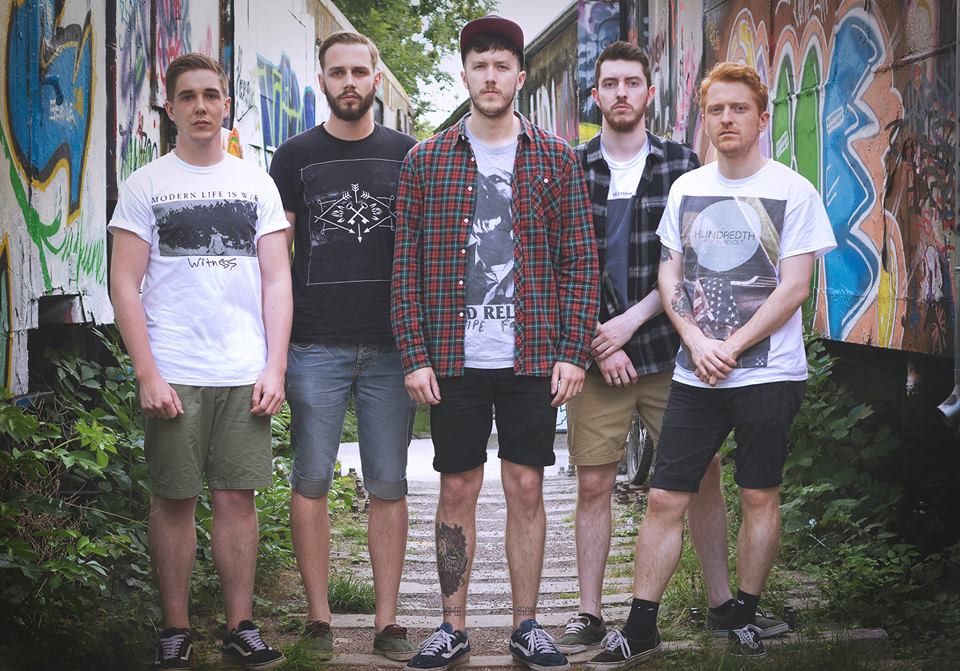 British melodic hardcore outfit Half Sight have confirmed that they will be releasing their first full length album via Spoken Records UK on the 26th of September. This is a digital release and will be available to download/stream from all major online stores, including iTunes & Apple Music, Spotify, Amazon and Deezer. The band have also confirmed a tour around the release to celebrate and will be revealing more information on that soon.

Here’s what bassist John Scholefield had to say about the bands state of mind approaching the release, and the significance of Rhetoric to them.

First, give us a brief history of the band that brings us to the release of Rhetoric!

After releasing several demos and an EP we had a lineup change in 2014 that saw Jordan join the band as our vocalist.  We released our split 7” with In Arms on Footloose Records (UK) and Beyond Hope Records (Germany).  Since then we have done two short tours of Germany which we booked ourselves, and have supported While She Sleeps, Funeral For A Friend, Landscapes, Shai Hulud and a bunch more bands we love!

So what’s the story behind the release and the artwork?

Having released several demos, an EP and a split record in the past, we thought it was time to stretch our wings and go for a full-length album.  It was the logical next step and when we started the band an album had always been a distant goal that we didn’t know if we’d ever reach, but now the timing felt right.   The theme of the artwork is protest, the burning barrel representing strike action.  The barrel smouldering, rather than having a large fire, represents something being dormant but without being fully extinguished, giving it the chance to be rekindled.

Is this release something you’ve been planning and what has been the process so far?

It feels like we’ve been planning it forever; we wrote the first tracks as soon as we finished our last release and spent the rest of that year completing the writing process.  The tracking began in mid 2015 but took a lot longer than we anticipated, as did the mixing.  The best thing about it is that we still have the same amount of enthusiasm for these tracks as we did when we first wrote them and we can’t wait to finally reveal them.

You’ve obviously done so much for yourselves already; what keeps you going as a band?

The fact that we couldn’t live without it.  The idea of not being able to write music to share with each other and not having upcoming tours and releases to plan doesn’t bear thinking about for us.

And finally, which are the top two gigs you’ve played so far this year:

The first would have be supporting While She Sleeps at The Leadmill in Sheffield.  It was between Christmas and New Year and it was WSS’s first hometown gig in three years.  That was the biggest crowd we’ve played to and we couldn’t have asked for a better crowd reaction.

The other would be from our last time in Germany, we played a venue called Kassablanca in Jena.  Shows in Germany always have a lot of potential to be pretty mental but this one was next level.  Overall the whole experience was amazing, the venue was one of the coolest places we’ve ever been and we slept in unused sleeper train carriages after the show, that’s one that we won’t forget for a long time.