GRAVVES Return With New Single ‘Steady As She Goes (and Dies)’

Hailing from the North Wales border, the weird and wonderful GRAVVES are a known name in the UK’s underground punk and alternative scene. Since the release of their ‘OH, THE JOY’ EP, a combination of relentless touring, including slots at Sound City Festival, Wrong Festival and Focus Wales, and airplay from BBC Radio 6, BBC Radio Wales, Amazing Radio and Kerrang! Radio has seen them amass a fan base up and down the UK. 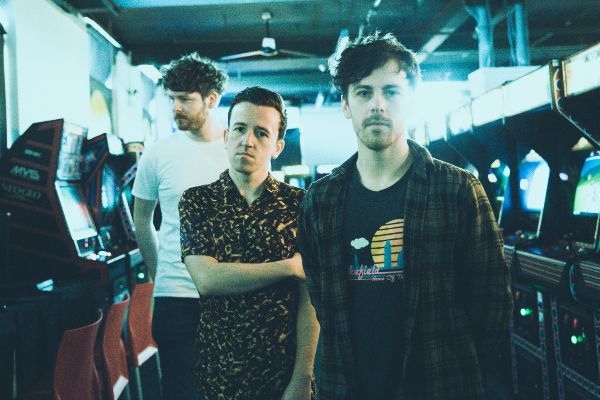 To celebrate the release, the band have shared a new single and music video for ‘Steady As She Goes (And Dies)’ which is available to stream today.

Their latest single, ‘Steady As She Goes (And Dies)’, recorded at Big Jack Studio’s by Michael Whalley, takes aim at the mundane and refuses to pull any punches. “I turn on the charts and it pretty much sounds all the same now,” explains vocalist/bassist Adam Hughes commenting on the track. “There’s no bite anymore. There’s a lot of beige instead; an indistinguishable mess.” If there’s anyone equipped to rage against this state of affairs, it’s GRAVVES.

The band underline their ubercool credentials with an accompanying music video that sees the band nighttime cruising down country roads in a classic Jaguar. “We aimed for something dark and stylish with a bit of a colour theme. It came out great, considering it was quite a DIY job all around!” explained GRAVVES drummer, Tom Williams.

‘Steady As She Goes (And Dies)’ will be released through Restless Bear this October as part of a split EP with alt-rock/blues two-piece Deh-Yey. “Deh-Yey are one of the best bands from Chester, and nice guys too. It was a no brainer to do this with them, especially with us both joining Restless Bear around the same time” explained Tom.