Glaswegian quartet UNITED FRUIT are pleased to reveal the video for ‘Nightmare, Recovery’ the title track from their latest EP ‘Nightmare Recovery’ on 13th November 2015. 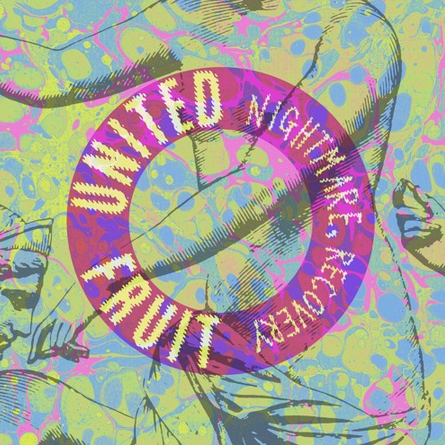 Glaswegian quartet UNITED FRUIT are pleased to reveal the video for ‘Nightmare, Recovery‘ the title track from their latest EP ‘Nightmare Recovery’ on 13th November 2015.

A trippy and tangled look at the band in action, the new visuals have a grainy, distorted quality with hazy purple colours mingling with their blistering intent.

The video was premiered by Clash Magazine who described them as “one of Scotland’s best-kept secrets. A seismic live act, the band have begun to focus and refine this energy in the studio, creating some stunningly intense rock music. Title cut ‘Nightmare, Recovery’ is a stellar piece of rock bedlam, all sharp edges, stuttering percussion and driving vocals.”

Unfortunately the band have also had to postpone a forthcoming run of UK headline dates this November in support of the new record. In a statement on their official Facebook page the band say:

“Due to severe personal circumstances, we are regrettably having to cancel our UK tour. We are so sorry to everyone that has bought tickets and to the show organisers. We will however be back very soon. Thank you for the continued support from everyone.”