Funeral For A Friend are back for two special shows!

They left a massive hole in our lives when Funeral For A Friend left the stage for the final time on May 21, 2016. The Welsh rockers have delighted fans with the news that they will be back for two special shows later this year, however, the reasoning behind the return is sad. 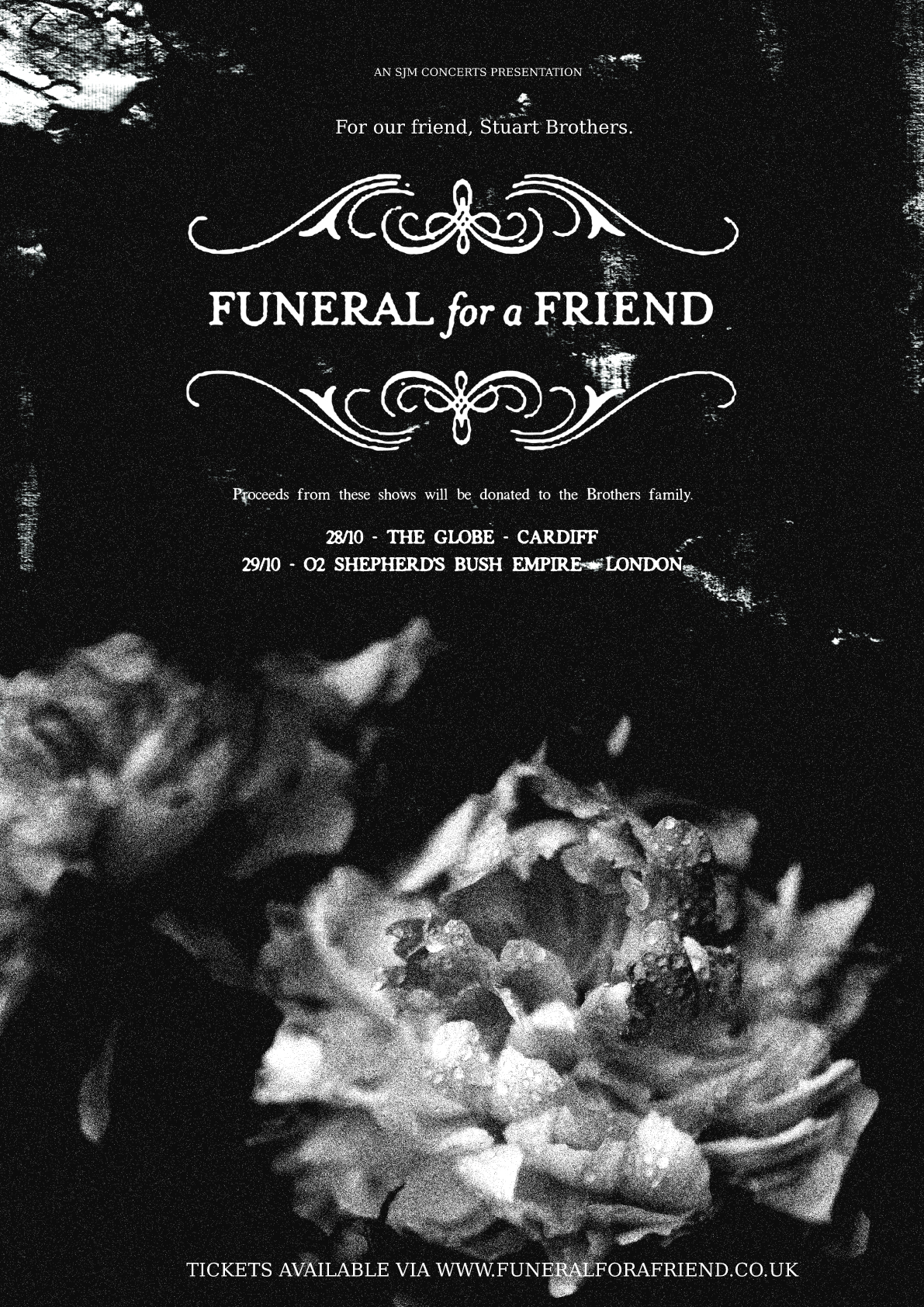 Funeral For A Friend were always the band that truly cared for their fans. This is still true today as we find out the reason behind their temporary return – for their biggest fan’s family.

Another thing for fans to get excited about is the return to the stage for Darren Smith, the band’s guitarist who left in 2010 and drummer/vocalist Ryan Richards, who departed in 2012. Most of the hits played will be from their original era – 2002-2007.

The band broke the news through a statement on social media:

When we left the stage on May 21st 2016 at London’s Kentish Town Forum, we all agreed that it was the perfect way to end Funeral For A Friend. We’d toured the UK one last time, playing some of the biggest shows we’d performed in years, in front of our friends and families. It was the perfect ending. Since then, we’ve been asked many times – ‘do you think you’ll ever come back?’ and the answer has always been a resounding ‘no’, because there was never any reason to.

Recently, a man who can quite legitimately lay claim to being the world’s biggest FFAF fan (both literally and figuratively!), our friend Stuart ‘Big Stu’ Brothers, has been stricken with a terrible illness which has ultimately led to a terminal prognosis. Last month, Stu was given a few short weeks to live by his Doctors.

As Stu’s friends, we wanted to do something to help; particularly for his family and 3 young sons, who are going through unspeakable trauma right now. We discussed the possibility of auctioning off some FFAF memorabilia (which we’ll still do), but it became apparent that the way in which we could best help Stu was to perform some fundraising shows, with the proceeds going directly to his family.

So, on October 28th and 29th, at the Cardiff Globe and London O2 Shepherd’s Bush Empire respectively, Funeral for a Friend will be performing two more shows to benefit the Brothers family.

Being that Stu was an old-school fan right from the very start, we will mainly be performing material from the early part of our career circa 2002-2007. Joining Matt, Kris, Gav and Rich for the shows will be guitarist Darran Smith (who left the band in 2010) and drummer/vocalist Ryan Richards, who left in 2012.

Tickets will be available from Wednesday for O2 Priority Customers, and on general sale from Friday. All information can be found at www.funeralforafriend.co.uk

Additionally, a fundraising page has been set up for Stu’s family. If you can, please give generously to a great man and a great cause.

Thank you, and we’ll see you in October. 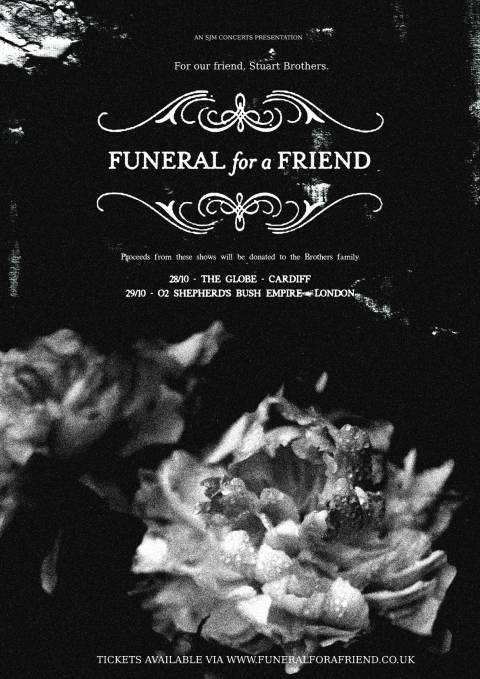