More than 40 new bands have been added – and NXT:UK will be returning! 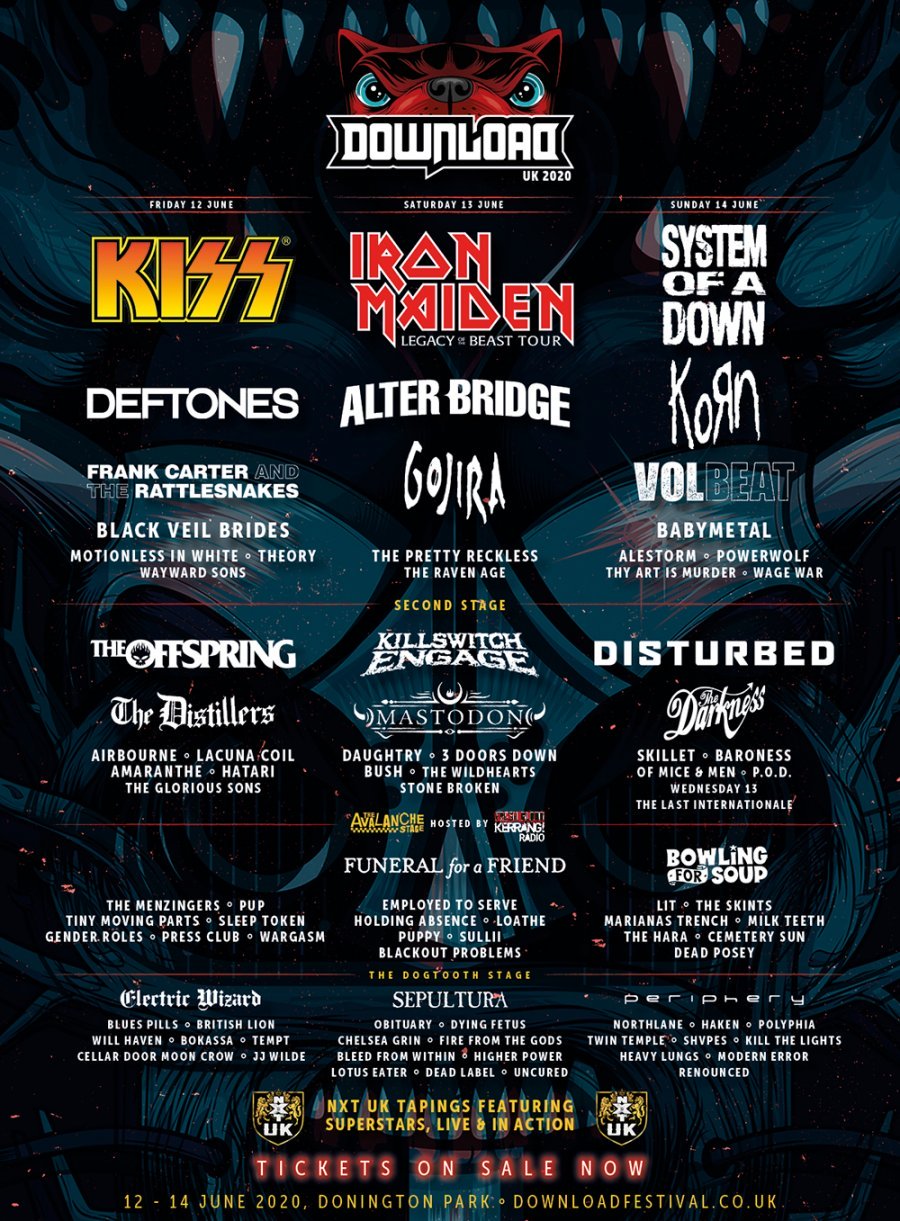 Download Festival has revealed another set of mammoth acts to perform at this year’s festivities – and announced the return of NXT:UK!

Mark Tremonti of Alter Bridge said: “We are very proud and honoured to be a part of the 2020 lineup.  Download has always been the highlight of our touring schedule over the years, thanks for another opportunity to perform for some of the best rock fans in the world!”

Motionless In White‘s Chris Motionless added: “Playing Download is an accomplishment that bands of every level still write home about. It is THE festival to be a part of, and I’m so proud to announce that we will be making an appearance again for the first one of the new decade. See you in a few months!”

Funeral For A Friend, who reformed last year for two special benefit shows, are back. Ryan Richards said: “As a band, and as individuals – we’ve made some incredible memories at the hallowed grounds of Donington through the years, so it’s going to be nice to come back and make a few more together. Those trademark black fringes are a bit greyer/balder these days, but we’ll still be able to show these young ‘uns a thing or two!”

Bowling For Soup‘s Jaret Reddick enthused: “Download Festival is always something special for Bowling For Soup. So many of the stories we share with other bands and family members back home come from our time spent playing or hanging out at this festival. Very much looking forward to making more memories this summer…and of course bringing something special to our show, that only BFS can get away with!” 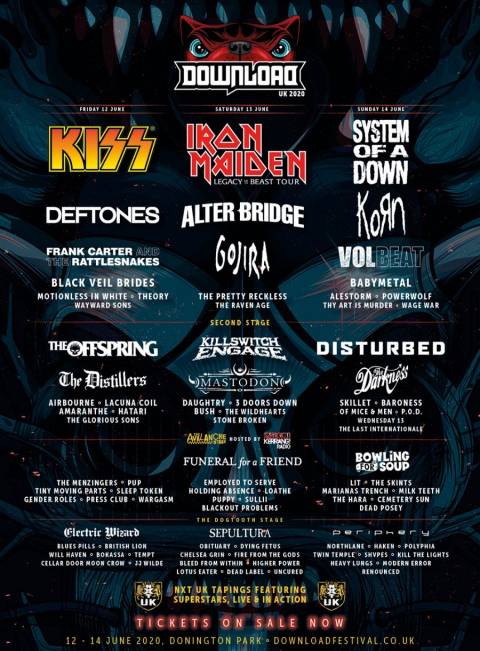