European trio The Shapers set loose their spanking new EP ‘Reckless Youth’, through all digital platforms on Friday 26th February. Look out too as the gritty rockers prepare to tour the UK in 2016. 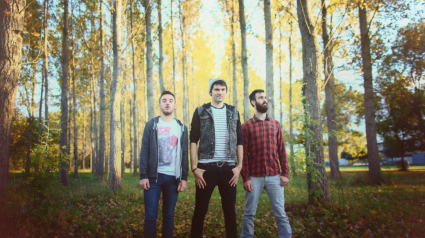 European trio The Shapers set loose their spanking new EP ‘Reckless Youth’, through all digital platforms on Friday 26th February. Look out too as the gritty rockers prepare to tour the UK in 2016.

Currently residing in Toulouse, France, Euro punk rockers The Shapers delectably embrace the garage rock vibes of The Hives and Nirvana, merged with the early urgent delivery of Green Day and A Day To Remember. Born in 2009 and consisting of Anthony Cauvin (Lead Vocals/Guitar), Raphaël Bouissière (Bass/Backing Vocals), and Benoit Holin (Drums), this power trio have certainly undertaken the punk rock DIY ethos. With a keen zest for touring and adventure, the band headed out to China and Indonesia in 2011 to play a series of highly successful shows, and because of the response and support, the threesome returned the following year and again last year. In 2013, The Shapers won a ‘Best up-and-coming band’ competition, lapping up a prize to tour throughout North America where the alt-punks shared stages with punk rock legends NOFX and Pennywise. Last year, the band again toured, this time in Thailand. The three piece were overwhelmed with responses and will tour South East Asia again next year.

As well as a hearty diet for touring across the far reaches of the world, the band have also extensively played throughout France, and are currently planning their attack on the UK. Blessed with a CV that boosts support shows with The Flatliners, NOFX, Silverstein, Pennywise, Face To Face, and Dream on Dreamer, and critical acclaim for 2012’s debut album ‘Everybody Needs To Have  A Dream’, which picked up rampant praise across the board, the band show no signs of letting up.

The Shapers dropped their video single “Can’t Forget”, directed by Mayol (media director of Vans, who has worked with successful bands like the Foo Fighters, among many others) this summer. The single is the opening track from the band’s hotly anticipated new EP ‘Reckless Youth’, which is unleashed this February. With six cuts of scuzzy punk, the record is a true calling to all fans of Punk in its varied forms. Drawing from the early vigour of Blink 182 and the raw power of Nirvana, marinated with a hint of The Subways, this EP is destined to break the band to the UK. 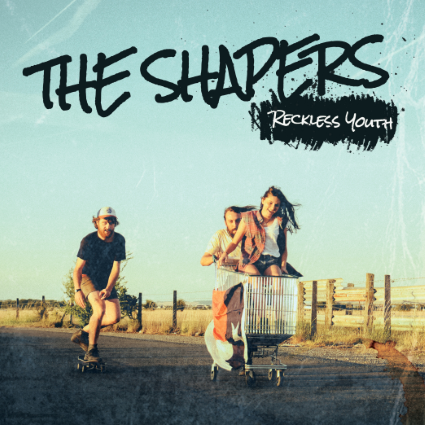