It’s time for the first installment of Alt Corner’s Festival Awards 2017. We had such a great time at Slam Dunk that choosing our favourite moments has been a difficult challenge. Take a look at what some of us thought were the highlights of this years festival.   Laura Brown (Slam Dunk Midlands) Best band […] 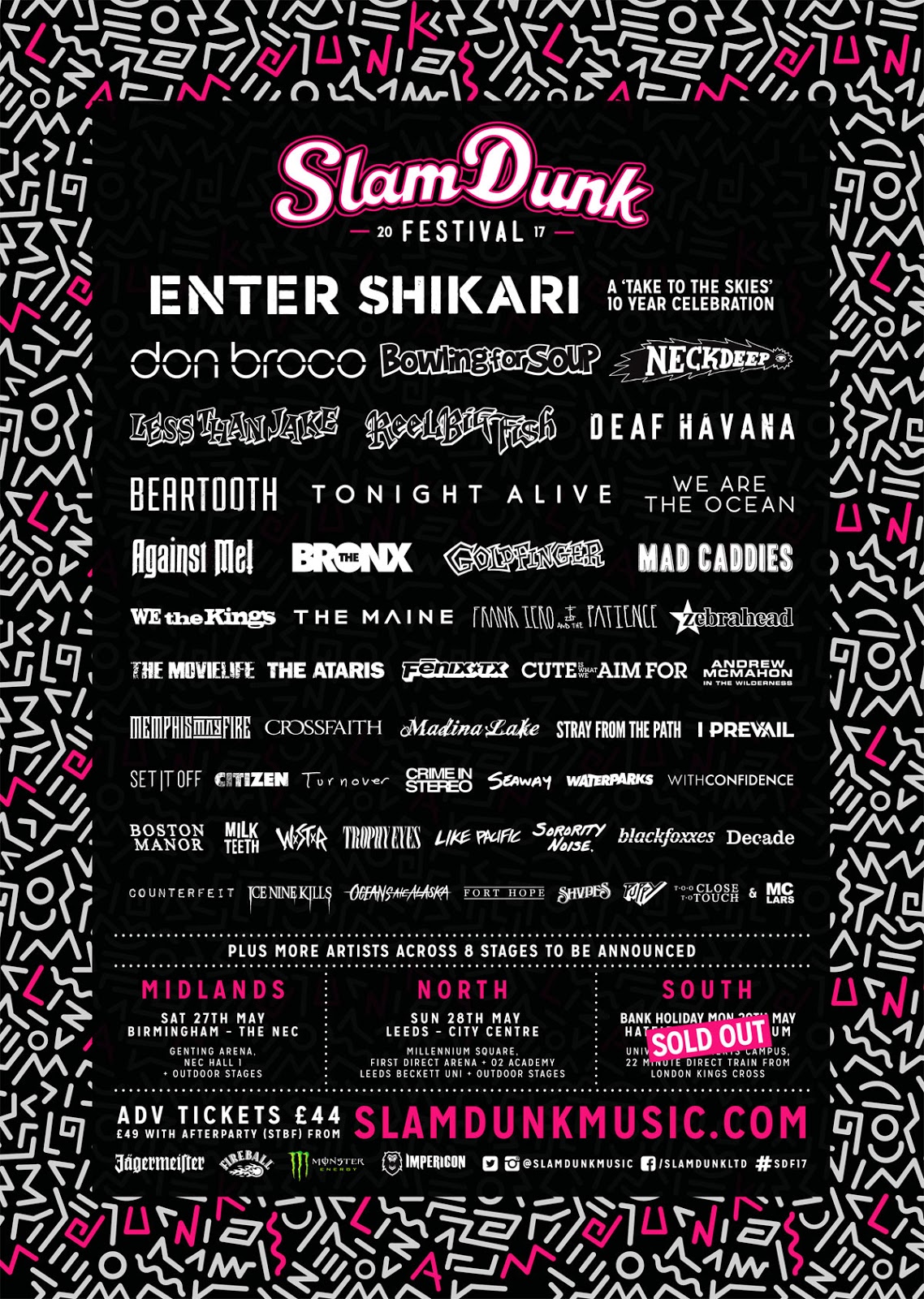 It’s time for the first installment of Alt Corner’s Festival Awards 2017. We had such a great time at Slam Dunk that choosing our favourite moments has been a difficult challenge. Take a look at what some of us thought were the highlights of this years festival.

Best band performance – Tonight Alive. Jenna’s vocals really are something else live. Given the choice of headline acts on offer the crowd was a little smaller than the band may be used to but what a performance; one that had a real intimate feeling to it. Incredibly enjoyable.

Best crowd reaction. – Tie between With Confidence & Waterparks. Both bands have such a dedicated following and fans were there from the get go shouting along to every word.

The band that surprised you the most (In a good or bad way) – Boston Manor; the crowd reaction, the vocals, everything about their performance was bigger than ever. The band have really upped their game in the last 6 months; an enjoyable surprise.

Standout performance -Crossfaith; a band that certainly know how to drum up excitement pre-set as well as during it. The crowd were in the palm of their hand throughout and the band were certainly having the best time on stage. A spectacular you need to witness at somepoint in your life.

Most underrated band at the festival. – Black Foxxes; a band that certainly didn’t have the crowd they deserve. They are one of the most exciting bands out there right now.

The band people should get excited about. – The Gospel Youth; a lot of people are already excited but more should be. They’re a band that have emotion ingrained into every word they sing & their live performance is something special. We sense big things to come.

Most memorable moment – Madina Lake; that out of nowhere stage dive summed up just how excited the band were to be back on stage in the UK. It would have been pretty impossible for them to look like they were having a better time; the crowd felt the same for sure.

Special recognition – It has to be Enter Shikari right? 10 years of Take To The Skies, that insane light show, the tribute to Manchester. They’ve still got it.

Best band performance – Set It Off – they brought the house down with their energy and incredible performance to a packed crowd.

Best crowd reaction. – Waterparks – there was a load of banter with the crowd and they sang every word back and got right into it.

The band that surprised you the most (In a good or bad way) – Tonight Alive – I was never really a fan of the band before but I caught a bit of their set and was mesmerised by Jenna’s voice.

Standout performance – Set It Off for the sheer energy and how many top tracks you can pack into a 40 minute set and still have awesome crowd interaction.

Most underrated band at the festival. – Ice Nine Kills.

The band people should get excited about. – Ice Nine Kills.

Special recognition. – Counterfeit for totally smashing the half of their set they managed to play due to a load of technical errors

Best band performance: Don Broco for sure, the Rob masks made it 10 times better

Best crowd reaction: Enter Shikari! Crowd was off their feet the whole set

The band that surprised you the most: definitely Crossfaith since it was the first time I had seen them and i wasn’t disappointed!

Standout performance: Frank Iero and the patience, always a great performance from them as usual!

Most underrated band at the festival: Too Close To Touch, great band, but a disappointing audience

The band people should get excited about: With Confidence! An amazing set which even security were jamming

Most memorable moment: When Neck Deep came on stage and when Welcome To The Black Parade by MCR was playing, which made everyone in the crowd sob, obviously

Special recognition: The security this year were absolutely amazing. This year was stricter with checks etc, but they just had as much fun as we had! Also how everyone in the crowd was so friendly and helpful when someone was in need of help, e.g, during the pits.

The band that surprised you the most: I Prevail.

Most underrated band of the festival: Cute Is What We Aim For.

The band people should get excited for: Fort Hope.

Most memorable moment: Crossfaith bringing out Beartooth’s Caleb Shomo for Ghost In The Mirror.

Special recognition: Don Broco’s members participating in the pits during their songs.