The first line-up announcement for 2023 has arrived! 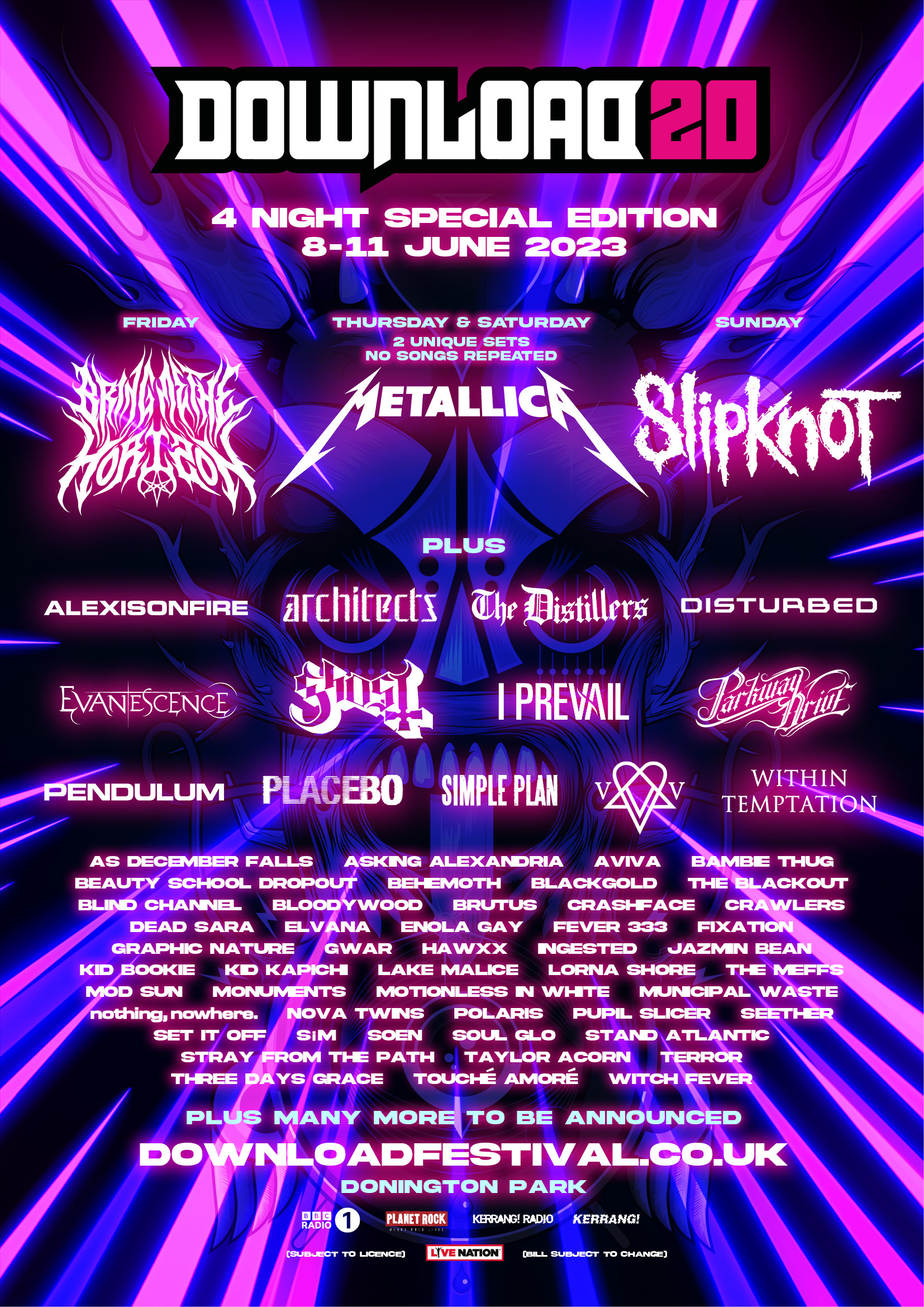 So, we’ve been waiting a while for confirmation of the first line-up announcement (did you really think the leak was going to be that accurate?).

But now it’s here and we know now who the headliners are and there’s been more than 60 other acts announced!

Headlining the festival on Thursday and Saturday will be Metallica. They will be performing two completely different sets on either night. Friday sees a new headliner in Bring Me The Horizon and Sunday sees Slipknot return to close out the festival.

Various pre-sale tickets are on sale from 9pm tonight (Tuesday) and general tickets go on sale from 10am on Thursday, November 10. Head to www.downloadfestival.co.uk for more information.