Cairo Son’s brand new single and video is out now!

Cairo Son are excited to announce the release of their pulsating new single, ‘Lion In A Cage’. 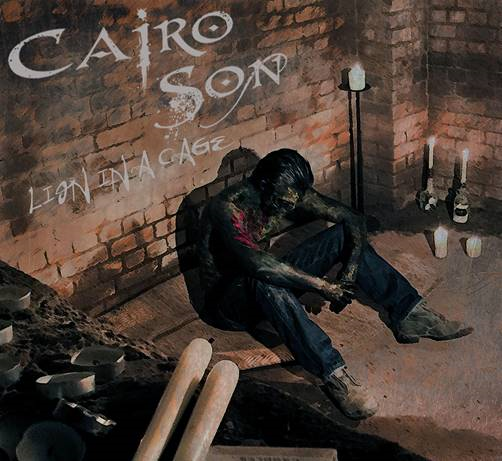 Cairo Son are excited to announce the release of their pulsating new single, ‘Lion In A Cage’!

Check out this awesome video:

The London based three piece continues to build a formidable fan-base throughout the UK with acclaimed appearances (including a support slot with Tax The Heat) under their belts. The release of ‘Lion In A Cage’ and the accompanying video, will further cement the band’s burgeoning appeal.

With a sound that matches Alice In Chains’ destructive melodies with Soundgarden’s irreverent guitar punch; Cairo Son are a hard-hitting, lyrically thought-provoking power trio. Musically and culturally diverse, Cairo Son is a trio of like-minded souls from vastly different backgrounds, connected by passion for music as powerful as it is emotional.

With a dark and bitter sound, this post-grunge stoner rock trio create a musical landscape for the future that’s fresh, instant and utterly unwavering in its intent.

Since the release of their debut album “Heart Against The Feather” in 2012, Cairo Son have since seen their fan base grow in both number and loyalty after a relentless gigging schedule.

Led by the explosive vocals and blistering guitar work of Magdy and propelled by a groove heavy rhythm section featuring Rico (bass) and former Laid8 drummer Dave, the band have received rave reviews and radio airplay both here in the UK and overseas.

The acclaimed new album ‘Storm Clouds’ is out now!