Brighton and Nottingham quartets Black Peaks and Heck have announced a co-headline tour for September. 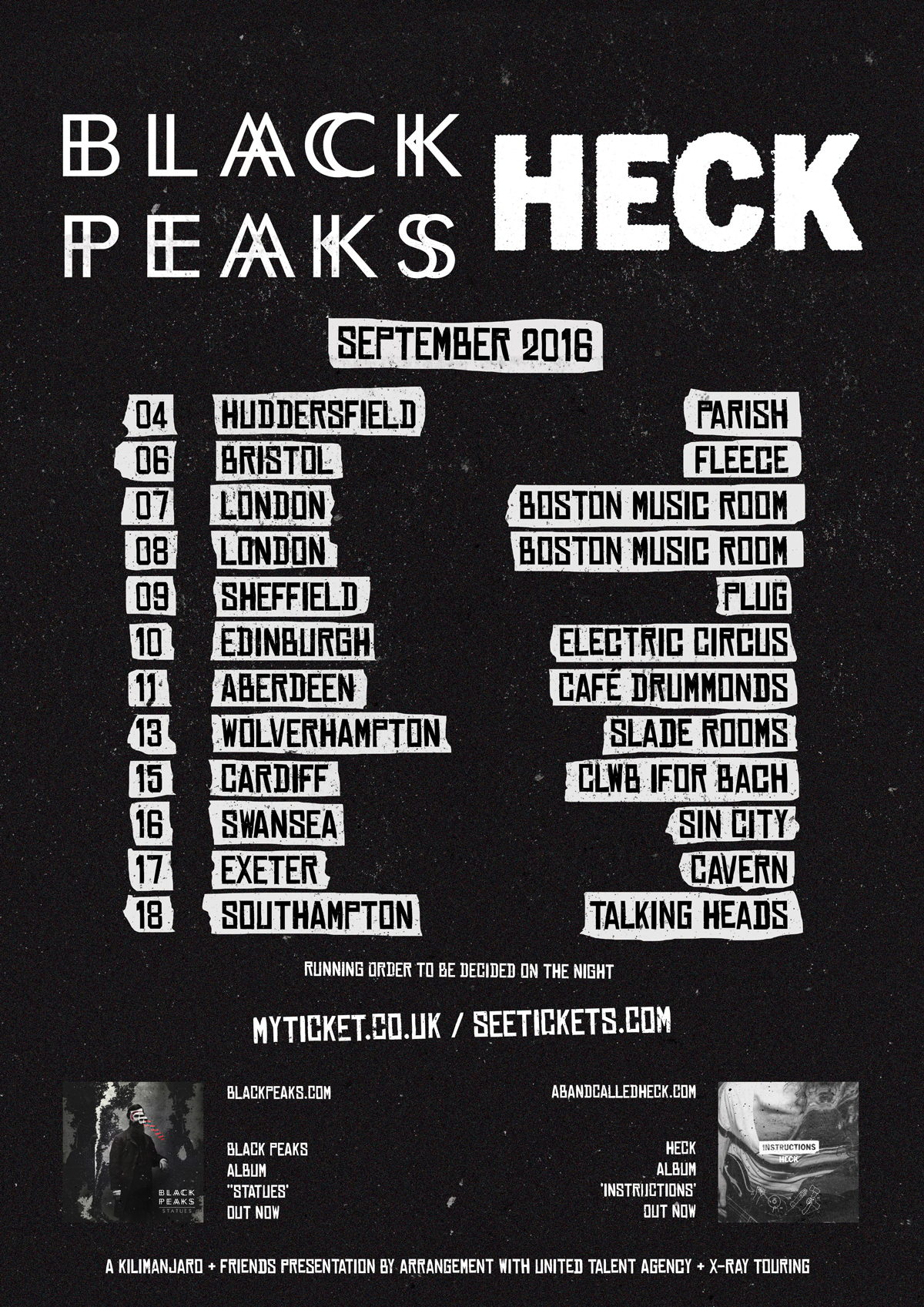 Brighton and Nottingham quartets Black Peaks and Heck have announced a co-headline tour for September.

Both bands have had a great year so far with Black Peaks releasing their debut album Statues, an insane performance at Download festival and a support slot at Wembley Arena with Deftones, while Heck also released their debut album Instructions this year and gave a jaw-droping performance at Download festival.
“We are going on a joint headline tour with the crazy bastards in HECK! We are over the moon to be heading out on tour with one of the most exciting and raucous bands in the UK right now. Expect the most high octane, heart stopping shows back to back every night!”

BLACK PEAKS
“You know that scene in Rocky III, where Mr. T is absolutely handing it to Stallone, and you keep thinking “It’s Rocky, he’ll get up.” and then he just doesn’t? Well that’s this tour, except us and Black Peaks are Mr. T, and everyone else is Rocky”.
HECK
“Both bands are two of the most exciting prospects Britain has to offer musically with some crazy live shows, so together they will be unstoppable! Check out the dates below and make sure to grab your tickets early as you will not want to miss this tour”.