Behind The Artwork With Day Old Hate

“We do this because we are a strong group of friends who love to make music, and because the feeling of people singing lyrics you wrote back at you is better than anything,” opines vocalist Oliver Swift.

“We do this because we are a strong group of friends who love to make music, and because the feeling of people singing lyrics you wrote back at you is better than anything,” opines vocalist Oliver Swift. On the evidence of Day Old Hate’s forthcoming sophomore E.P, First Light, the amount of people singing Swift’s lyrics back at him and his bandmates is going to be on a steady increase. Born from the same musical genepool as fellow countrymen Mallory Knox, Lower Than Atlantis and Young Guns, Day Old Hate load their songs with roaring, satisfyingly chunky rhythmn guitar, bursts of sparkling lead guitar toplines and soaring vocal refrains that feel instantly familiar, in the best way possible. Ahead of the release of First Light, guitarist Will Smith gives you an insight into the thought process and creation of the cover art… 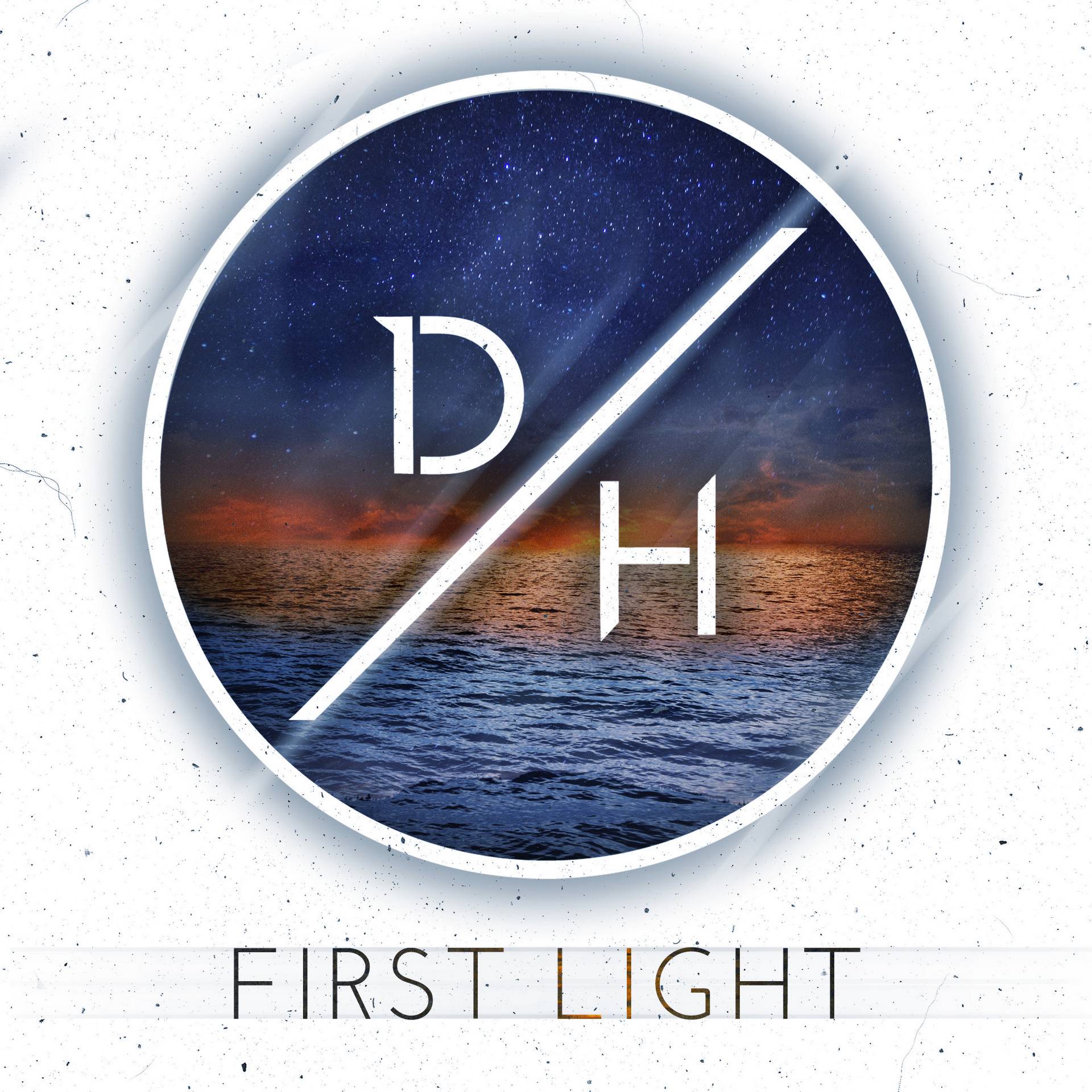 “With the ‘First Light’ EP being a massive step forward for the band, the artwork for the release needed to be something pretty special. Up until this point all design work was pretty all over the place. We had a friend who designed our first EP cover and original logos, but after that I personally designed a lot of the artwork for singles and posters etc. For this release we decided to recruit some professional help, in the form of Clearway Media, as we had put so much effort into the writing, recording and release of these songs it seemed only appropriate to put the same amount of effort across the board!

The brief was simple: bold, bright and eye-catching. We wanted the music to do most of talking with this record, a lot of bands seem to get hung up on having overly complicated massive pieces of art as their front cover, we chose to stray away from this and stick with the clean cut image and background we ended up with. Citing inspiration from albums such as ‘Ones and Zeros’ by Young Guns, ‘Asymmetry’ by Mallory Knox and ‘Heaven & Earth’ EP by Arcane Roots, we wanted our main emblem to be the centred image incorporated with the theme of the music. The overall message of the EP is that of overcoming hard times, making a change for the better and escaping the restrictions around you, which is why we chose the image of the sunrise, as it seems very symbolic of this message and of course the title ‘First Light’.

We certainly put much more thought and effort into the look of ‘First Light’ than we ever had before with artwork, and we are really happy with the result. Hopefully our fans appreciate it for what it is. For us it’s all about creating a recognisable brand which people can look at and think ‘Oh, I know that band’ as soon as they see the front cover. Hopefully ‘First Light’ will take us one step closer to that.”