What a banger of a lineup! 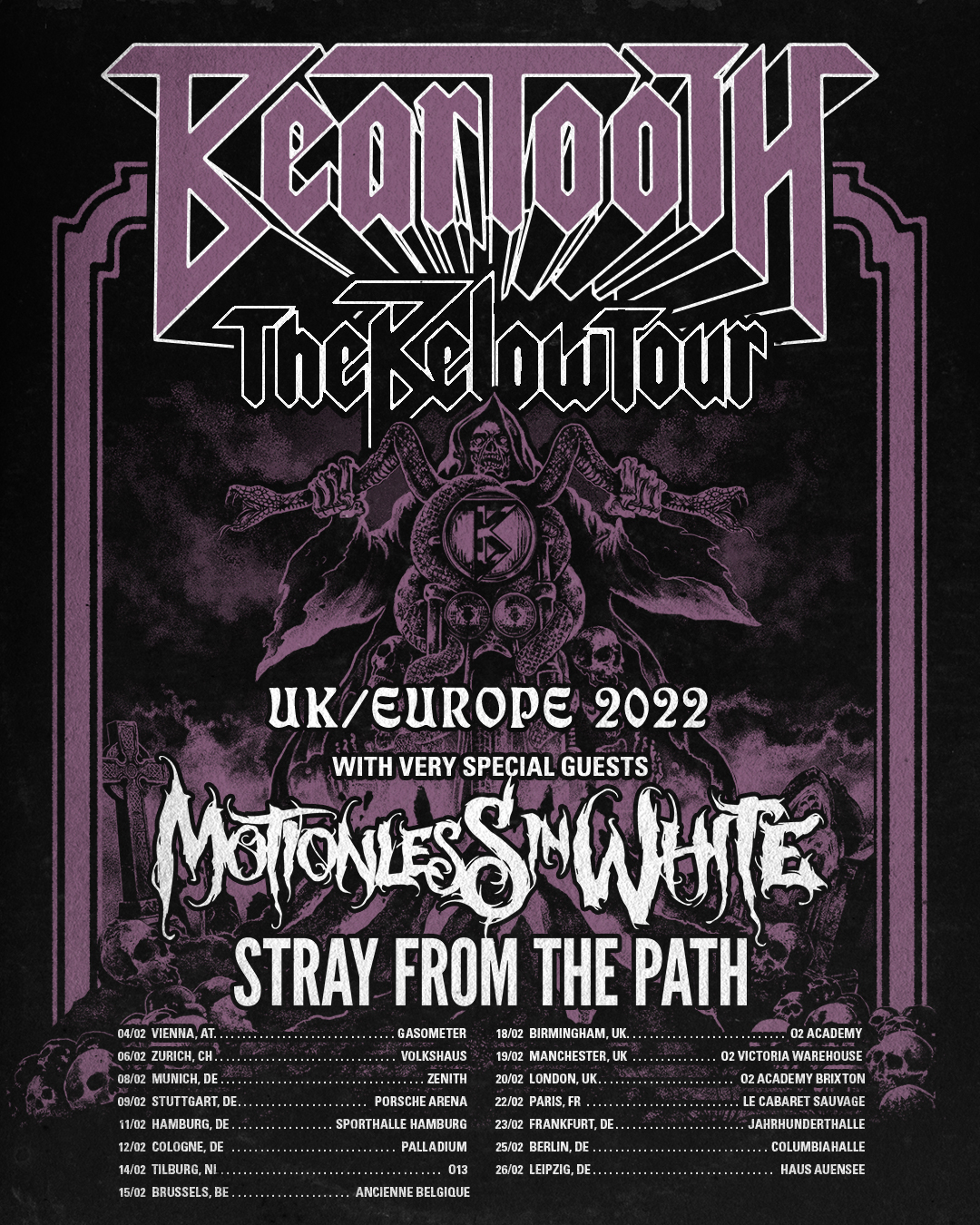 Beartooth will be bringing their incredible live show back to the UK in February!

They will be performing three dates as part of their European leg of The Below Tour, in support of new album Below (June 25).

Motionless in White and Stray From The Path will be supporting.

Caleb Shomo said: “I’ve never been more excited for a tour in my life. This is my favourite album I’ve ever made and getting to headline these rooms and put on the full show with no limits is a dream come true. The lineup is stacked. It’s gonna be one of the craziest shows of my life every single night.”

Chris from Motionless In White added, “If there was ever a proper return to touring after such a long hiatus, it is definitely THIS tour. After what will be two years since our U.S. tour with Beartooth, we couldn’t be more excited to join them again for The Below Tour,  in February 2022. It feels like forever since we have seen our beloved U.K. and European fans, and we know this tour is going to be the most glorious return to you possible!”

“It’s been a difficult time for everyone in the world. The fact that this tour and everyone involved are moving forward is a step in the right direction. We are so thankful to Beartooth & Motionless in white for giving us this opportunity. Stray from the Path Worldwide..are you ready?” enthused Drew from Stray From The Path.