We thought that we would help you out solving the ‘Who Should I See’ conundrum by providing you a ‘Bands You Cannot Miss At 2000 Trees Festival 2016’ guide. Here is the first wave of bands who deserve your attention at the festival… 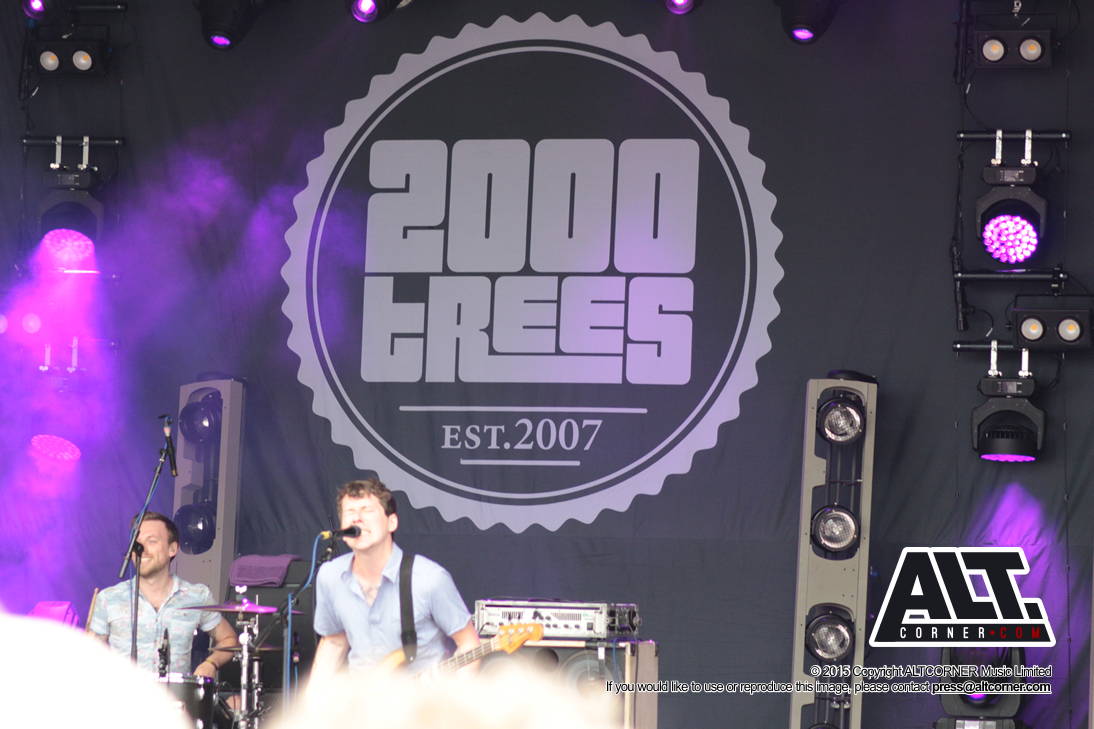 2000 Trees is a Multi-Award winning music festival taking place in the Cotswold Hills. Trees is celebrating its tenth anniversary this year and wow, they have pulled out the big guns. This years line-up is the best line-up you will see from an independent festival this year. One thing we love about 2000 Trees is the festival’s ethos of supporting upcoming and underground music for both the artists and the fans fit perfectly with the mission and purpose of AltCorner.

Now, we thought that we would help you out solving the ‘Who Should I See’ conundrum by providing you a ‘Bands You Cannot Miss At 2000 Trees Festival 2016’ guide. Here is the first wave of bands who deserve your attention at the festival…

Moose Blood have cemented themselves as the sweethearts of emo-tinged rock. Whether it’s singing about their admiration for classic albums or delivering relatable anecdotes to your previous relationship, Moose Blood have encountered a meteoric rise since the release of their debut album. As a live act, the four-piece perform elegantly, drifting through the finest cuts from their debut record. With upcoming album ‘Blush’ scheduled for an August release, 2000 Trees will be the perfect chance to hear the new material before its release.

For those of you that don’t know, Max Raptor are a four piece Punk Rock band from the Midlands, UK and were founded back in 2006. Since then they have released an EP ‘Damage Appreciation’, a mini album ‘Portraits’, their debut album ‘Mothers Ruin’ and recently released their self titled album ‘Max Raptor’. Their latest album was adored by us at AltCorner HQ, with writer Kathleen Rayment saying this: “The album being self titled really embraces what Max Raptor are all about. Punk Rock at its finest. There is not one disappointing track on the album, as they have absolutely nailed the heart felt lyrics with a mix of heavy and soft instrumentals”.  (Read More…) So, make sure you check out these boys live…we promise you, you won’t regret it!

Fresh off the back of being announced for a US tour, Creeper are quickly becoming one of the biggest Punk bands in the UK. Their fresh and modern take on the Punk genre drew the attention of Roadrunner Records as the Southampton based five-piece joined their illustrious array of artists last year. Blood, sweat and tears go into their career with extensive touring aplenty and new material already being worked on, Creeper will no doubt show 2000 Trees just why they are everybody’s new favorite band!

No gimmicks just natural meaningful rock is mantra that Black Foxxes orchestrate and hold close to their heart. The trio from Exeter have built up a lot of anticipation for their upcoming ‘I’m Not Well’ from their relentless amount of touring, drawing buckets of praise for their support slots on the Nothing But Thieves tour. Like, Nothing But Thieves last year at 2000 Trees, this band are on the high way to greatness so make sure you see them up close and personal before they take the UK rock scene by storm!

Scottish rockers The Xcerts are nothing short of superb. With their latest album ‘There Is Only You’ capturing critical acclaim, the trio have took it upon themselves to tour as much as possible and with that, have become one of the most appreciated live acts. Following their amazing performance last year which included an impromptu acoustic sing-along of ‘Aberdeen 1987’, the ‘certs are a band you simply have to see this year! Oh, and go grab their albums because all three of them are superb!