Band Of The Week: Altered Sky

For our first band of the week, it has to be a band that I have literally seen over thirty times: Altered Sky. 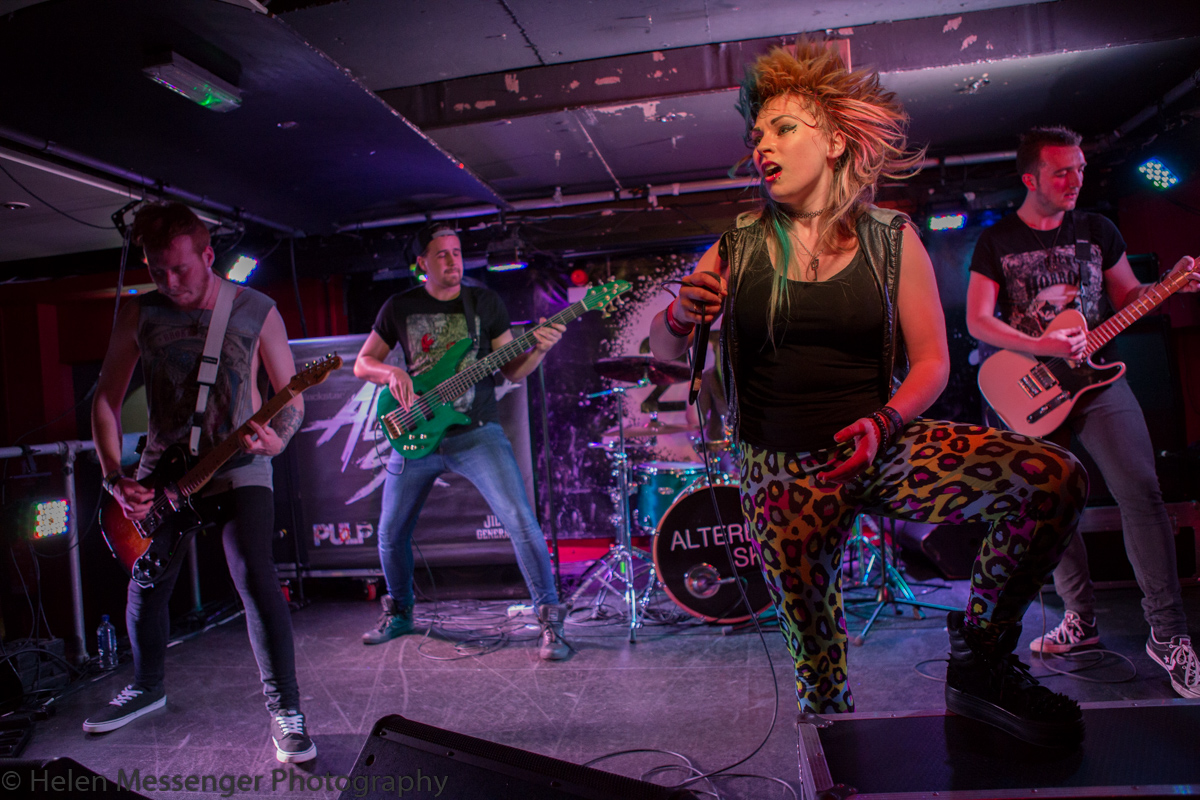 For our first Band of the Week entry, it has to be a band that I have literally seen over thirty times: Altered Sky.

No matter how many times I have seen Altered Sky play live, I am always blown away by the sheer  power of Ana’s vocals, she is truly one of the best vocalists in the Glasgow scene. But, on top of this she has this boundless energy and covers the stage like Sonic on a pinball machine. With edgy guitar riffs coming from Richard and Ryan that will entice even the most stone-hearted person to begin nodding their head. With them being more pop rock, you may expect the drums from Amy to be soft and at times they are. But, when it is needed they can also be heavy and combined with Ross’s six string bass they can make your heart beat in time to the beat.

Coming at you from Glasgow, and born out of hard work and absolute commitment, Altered Sky already have an array of impressive achievements including supporting We Are In The Crowd, Wonder Years, Decade, State Champs, A Loss For Words and Neck Deep, as well as playing Slam Dunk Scotland in 2014. The emerging tune smiths have also headlined shows at The Garage in Glasgow and London’s famous 100 Club in Camden.

Altered Sky have always embodied a strong DIY ethos ever since launching their self-financed debut EP, “In This World”. The five-some followed this release with their critically acclaimed “Stop and Live” EP, which further cemented the band’s growing reputation. In 2015, the Scottish rocksters released their self-funded debut album, “Without Wonderland”, with Romesh Dodangoda (Funeral For A Friend, Bullet For My Valentine, Bring Me The Horizon) at the helm. The album was lapped up by fans and critic alike. The popular quintet dropped their video single Waves from the album, racking up acclaim from broadcasting legend ‘Whispering’ Bob Harris, as well as widespread radio airplay from Kerrang Radio, TeamRock and BBC Radio 2. The band have since gone on to pick up further praise from Apple Music and Huffington Post, as well as vastly multiplying their ever increasing fan-base.

The band recently release their third single from “Without Wonderland”, entitled “Stupid In The Dark”. The single coincides with Altered Sky’s current UK tour. With the album’s fourth and final single ready to be launched in the Autumn to tie in with the band’s Glasgow Garage show, the future is certainly looking luminous for this unstoppable rock crew.