{photo credit – metro.co.uk} It’s the most wonderful time of the year! Or so they say. Christmas decorations have been in the shops for about 4 months now (like literally, why in the summer?!) but it is now an acceptable time to get in the Christmas spirit, so here I give you AltCorner’s playlist of […] 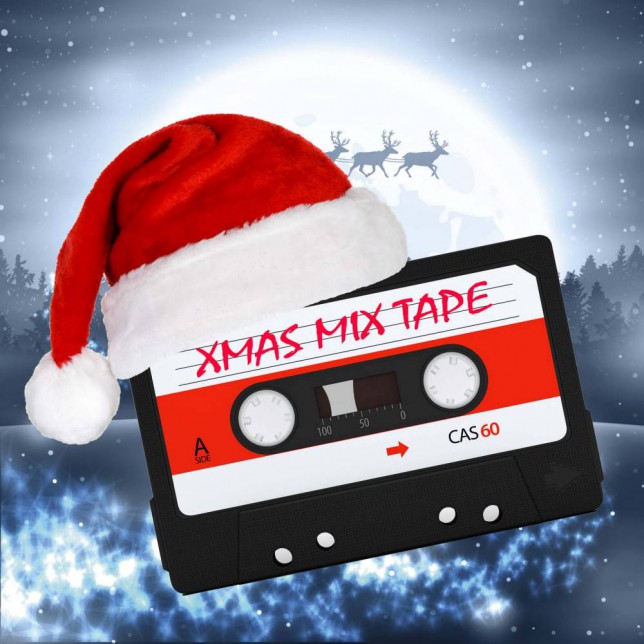 It’s the most wonderful time of the year! Or so they say. Christmas decorations have been in the shops for about 4 months now (like literally, why in the summer?!) but it is now an acceptable time to get in the Christmas spirit, so here I give you AltCorner’s playlist of some of our favourite Christmas (and anti-Christmas for my fellow Grinches) tunes.

First up though, we have The Darkness’ Christmas Time (Don’t Let The Bells End). Now this track is a modern Christmas classic from the US rockers and just what is Justin’s vocal range (insert mesmerised face here!)

No Christmas music list is complete without a bit of Michael Bublé! I don’t care if you’re a metalhead who refuses to listen to anything softer than Slayer, you need a bit of the Bublé in your life! You know that it is Christmas when theres an advert with a Bublé track on it. Out of his whole Christmas album, I’ve given you probably one of the most famous tracks on there in It’s Beginning To Look A Lot Like Christmas (which as I write this, in November, my student house is beginning to fit the theme as my housemates are decorating, please someone save me!)

Anyway, back to the playlist and up next is one of my favourite Christmas tracks of all time; Motionless In White’s Santa’s Pissed for the Punk Goes Christmas album. Okay, okay jeez it isn’t exactly Christmas friendly but hey, not everyone is a fan of the holiday! In fact as I mentioned before, my housemates were putting the decorations up, so I went into my room and blasted this quite loud for some normality haha! It’s actually a really good track! *Warning, this isn’t exactly family friendly so I don’t suggest you play it infront of children or your grandparents*

Next up is another parody Christmas song with Set It Off’s This Christmas (I’ll Burn It To The Ground). The track was originally released in December 2013 as part of the Punk Goes Christmas compilation. The accompanying visual sees a new type of Santa, replacing the presents with live scorpions and snakes (pretty cool presents if you ask me, but the tarantulas took it too far). It is another one for my fellow anti-Christmasers.

Back to the Christmas cheer with Issues’ festive offering. Again from the 2013 Punk Goes Christmas compilation, the quintet provide us with Merry Christmas, Happy Holidays. The track was originally recorded by US boyband N*SYNC but I’m sure you’ll agree that the Issues version is much better.

Oh mush! Are you fed up with the John Lewis Christmas adverts that seem to get more elaborate each year? Yep same but here we have Newport’s finest Goldie Lookin’ Chain. The rappers have done their own take on a John Lewis advert with a track dedicated to the British Christmas traditions featuring some Oasis.

Canadian rock trio Courage My Love released a cover of I’ll Be Home For Christmas in 2010. These are a very talented trio who I’m currently really into and their take on the track is really good!

Now this next track Where You Belong is by the previous lineup of New Jersey post-hardcore quintet Youth in Revolt, while only guitarist Alex Ramos and bassist/screamer Kenny Torres remain in the revamped line-up, this track with former vocalist True Arahill being joined by Ice Nine Kills’ Spencer Charnas and Chasing Safety’s Kenny Davis really shows off the trio’s vocal talents. It’s also quite heartbreaking too.

I have to include some Simple Plan in this playlist. The band recently released Christmas Every Day just in time to get people excited for the holidays (although lets hope it doesn’t become Christmas every day because we’d all be skint and I don’t think my emo heart could cope with that much ‘cheer’! In 2001, the band’s first single was My Christmas List so it’s only fitting they revisit their favourite holiday fifteen years later!

The final track in this Christmas playlist has to be included because it is just legendary! If you hate Christmas, you love this, if you love Christmas, you still love this. No matter what year it is, you can guarantee that The Pogues’ Fairytale Of New York will be on everyones playlist around this time of year! Since it’s release in 1988, the single, featuring Kirsty Macall, has become one of the most infamous Christmas tracks and one that people are guaranteed to be singing for days on end yet it still doesn’t get annoying! All together now…. “and the bells are ringing out for Christmas Day!”

So there we have it! Our ten top Christmas (and anti-Christmas) tracks to get you through the festive season! Do you agree with our choices? Are there any we’ve missed? Let us know on any of our socials!