The female-fronted, Pop Punk band from Basingstoke played a mesmerizing and beautiful version of their track ‘Home Sweet Home’ taken from their debut album ‘Take to the Streets’. 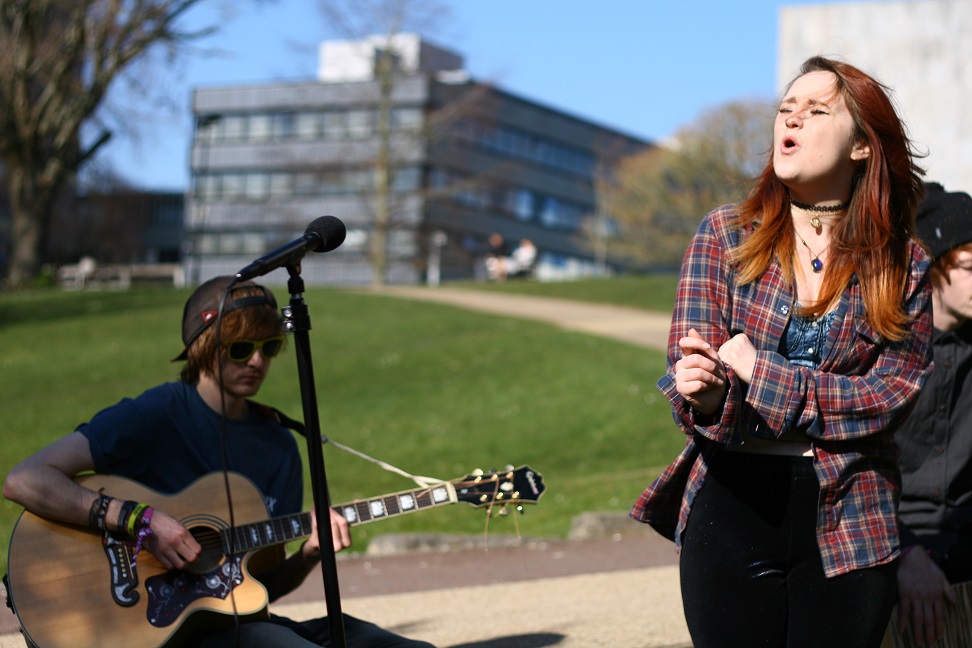 Female fronted We Deny tore up the Southampton Music Stage with their party-like pop punk upbeat sound that made everybody there move their body in some way either by head-banging, hip-swaying or dad dancing…We Deny rocked! Vocalist Loren Mancini’s explosive and melodic vocals intertwined with the stellar instrumentals and luscious guitar licks proves that we can’t deny that We Deny are going to take UK Pop Punk by storm.

We were lucky enough to have We Deny join us outside at Takedown Festival 2015 and they were kind enough to play a beautiful stripped down version of their track ‘Home Sweet Home’ from their debut album ‘Take to the Streets’.